This is why Algeria Evades Mediation with Morocco. 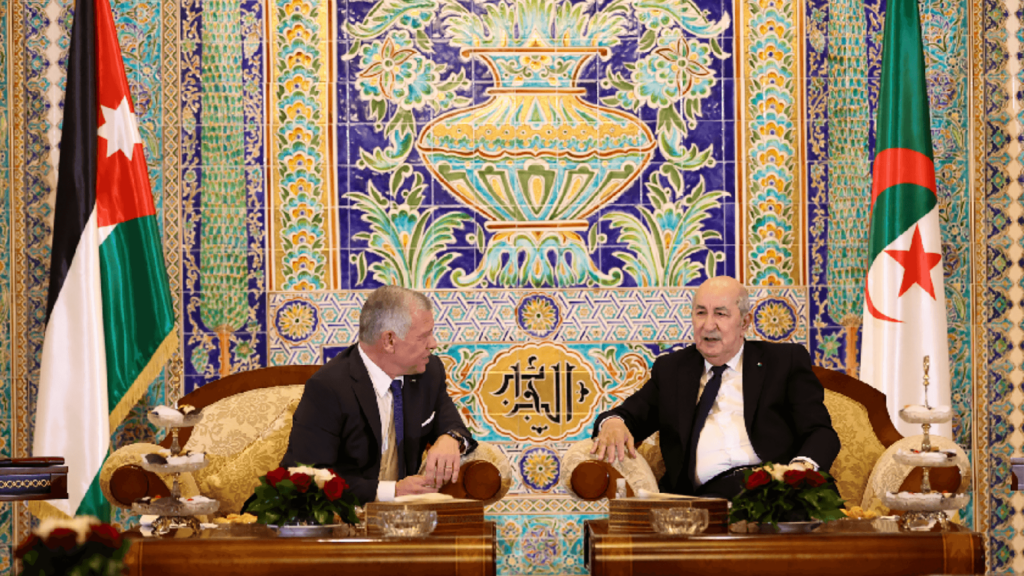 This is why Algeria Evades Mediation with Morocco.

Algerian Moroccan relations went through a series of conflicts that erupted after Algeria’s independence and flared up with the outbreak of the conflict over the Sahara in the mid-seventies. This conflict was adopted by President Houari Boumediene and fueled by parties scrambling for wealth or the revolution’s gains.

Since its inception after independence in 1962, the Algerian regime has been trying to undermine Morocco as a regional power, using unfair methods of competition and imposing its hegemony on the Maghreb region.

The Algerian military also continued to view Morocco as a fierce competitor and classified it as a “classic enemy” and worked to plunge it into internal and external crises, primarily through the Sahara issue, which began as an artificial crisis and has now turned into a security threat to the Maghreb region and Europe.

The current crisis is one-sided, sparked by the Algerian regime after receiving painful blows from a rising Algerian street. This regime needed re-tightening its grip on all institutions and dismantle the Algerian people’s uprising (The Hirak) by all means.

The sudden stop of the demonstrations during the pandemic became an ideal opportunity for the Algerian regime to brutally crash the popular movement by pursuing activists and the leaders of social networks and fabricating charges tailored to a list of people and entities that it described as a terrorist, as well as exploiting its crisis with the Moroccan and using it as an external threat to pass his plans.

This scheme culminated in unilaterally severing diplomatic relations with Morocco, closing the airspace to Moroccan airlines, ending the gas agreement and the work of the Euro-Maghreb gas pipeline, and raising the pace of reckless media and propaganda escalation against Morocco.

The army mobilized its forces at the borders, and the Polisario canceled the ceasefire agreement at the behest of Chingeriha. Then the military regime began to drag the region towards a regional war through a dangerous escalation of the crisis.

Egypt, the League of Arab States, the United Arab Emirates, and the Kingdom of Saudi Arabia moved for mediation, and all of them were met with Algerian refusal, as follows:

１- The Algerian Foreign Minister refused, at a meeting of Arab foreign ministers in Cairo, chaired by the State of Kuwait, to include the crisis in the agenda.

２- Abdelmadjid Tebboune announces his rejection of any mediation between Algeria and Morocco.

３- Algerian diplomatic sources denied the request for mediation from the UAE and Saudi Arabia, despite its existence.

４- The Algerian Foreign Minister officially announced an absolute rejection of mediation “yesterday, today, and tomorrow,” as he said.

５- The failure of betting on a Maghreb reconciliation in an Arab summit that Algeria called the “Arab Reunion” summit.

６- Rejection of the hand extended by the King of Morocco, who called for dialogue and did not respond in kind to Algeria’s measures against his country.

７- The Algerian regime leveled grave and unsupported accusations against Morocco, including using the Pegasus spying program, support for a separatist movement, burning forests in the Kabili region, targeting two trucks in the desert, and so on.


So what are the reasons for Algeria’s rejection of all these mediations in its crisis with Morocco?

In my opinion, there are many reasons, including: