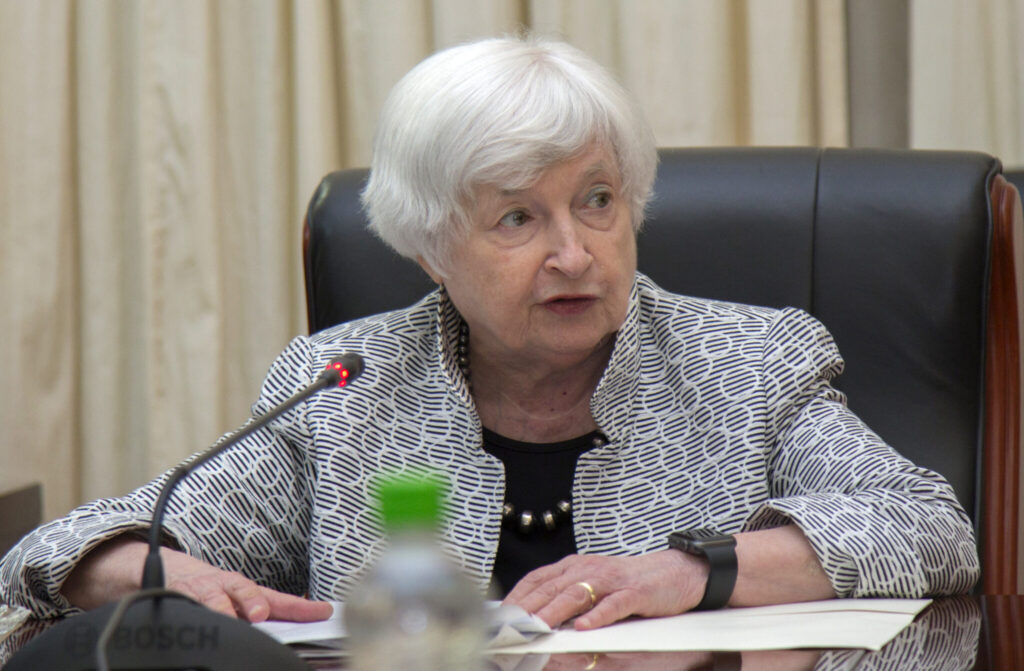 U.S. Treasury Secretary Janet Yellen took another extraordinary step towards the debt limit. Yellen sent a letter Tuesday to congressional leaders saying she’s suspending the reinvestment of federal bonds in a government workers’ savings plan — an additional “extraordinary” measure to buy time for President Joe Biden and Congress to raise the nation’s debt limit. The Associated Press has the story:

The government bumped up against its legal borrowing capacity last Thursday, prompting Treasury to take accounting steps regarding federal employees’ retirement and health care plans that will enable the government to stay open until roughly June.

Yellen said in the letter that as of Monday she also determined that the government “will be unable to invest fully” in the government securities portion of the thrift savings fund in the federal employees’ retirement system.

She noted that her predecessors have taken a similar action in the past, noting that by law the accounts “will be made whole once the debt limit is increased or suspended.”

But it’s an open question to how the White House and Congress find common ground on the artificial cap imposed by Congress.

Biden and Republican House Speaker Kevin McCarthy have sharp differences over how to raise the debt ceiling, setting off the possibility of the extraordinary measures being exhausted this summer and risking a government default that could wreak economic havoc.

Senate Republican Leader Mitch McConnell has said the U.S. will not default, but it’s unclear how Biden can reconcile his insistence on a clean increase with McCarthy’s demand for spending cuts.

White House press secretary Karine Jean-Pierre said at Monday’s news briefing that Biden is “happy to talk to anyone who wants to deal” with deficit reduction in a “responsible way.”

But Jean-Pierre said that deficit reduction should not be tied to whether the U.S. government pays its bills that are already being incurred.

“It must be done without conditions,” Jean-Pierre said, adding, “President Biden will never — will never allow Republicans to cut benefits that our hardworking Americans have earned. This is what they have earned.”

McCarthy has yet to outline the scope or the specifics of the cuts that House Republicans would like to see, although any final plan would need to pass the Democratic-controlled Senate and receive Biden’s signature.

“Families and businesses have to live within a budget — Washington must as well,” McCarthy tweeted on Sunday.