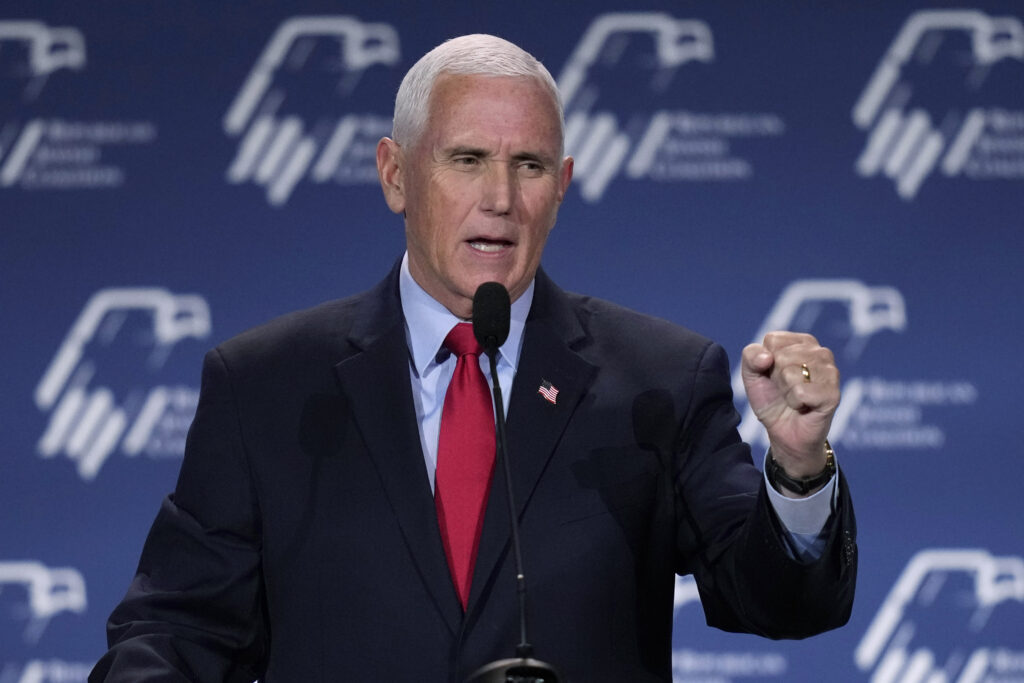 Greg Jacob, a lawyer for former Vice President Mike Pence discovered about a dozen documents marked as classified at Pence’s Indiana home last week, and he has turned those classified records over to the FBI, multiple sources familiar with the matter said. No classified docs were found at Pence’s Advancing American Freedom office. The Associated Press has the story: :

“The additional records appear to be a small number of documents bearing classified markings that were inadvertently boxed and transported to the personal home of the former Vice President at the end of the last Administration,” Pence’s lawyer, Greg Jacob, told the National Archives in a letter last week.

The FBI and the Justice Department’s National Security Division have launched a review of the documents and how they ended up in Pence’s house in Indiana.

Pence told the Associated Press in August that he did not take any classified information with him when he left office.

Asked directly if he had retained any classified information upon leaving office, he said, “No, not to my knowledge.”

After the documents with classified markings were discovered, they were immediately put into a safe, according to the Pence team.

The documents were collected by the FBI at Pence’s home in Carmel, Indiana, on Thursday evening, Jan. 19. Pence was in Washington, D.C. for the annual March for Life when the FBI collected the documents.

According to Pence’s attorney Greg Jacob in a letter to Chief Operating Officer William “Jay” Bosanko of the National Archives and Records Administration on Jan. 22, the DOJ departed from its standard procedures that it ran with Biden, when it requested direct possession of the documents on Jan. 19.

Other documents that were not identified as potential classified documents were driven from Indiana to the National Archives in Washington, D.C.