Trial about to begin in death of Ahmaud Arbery 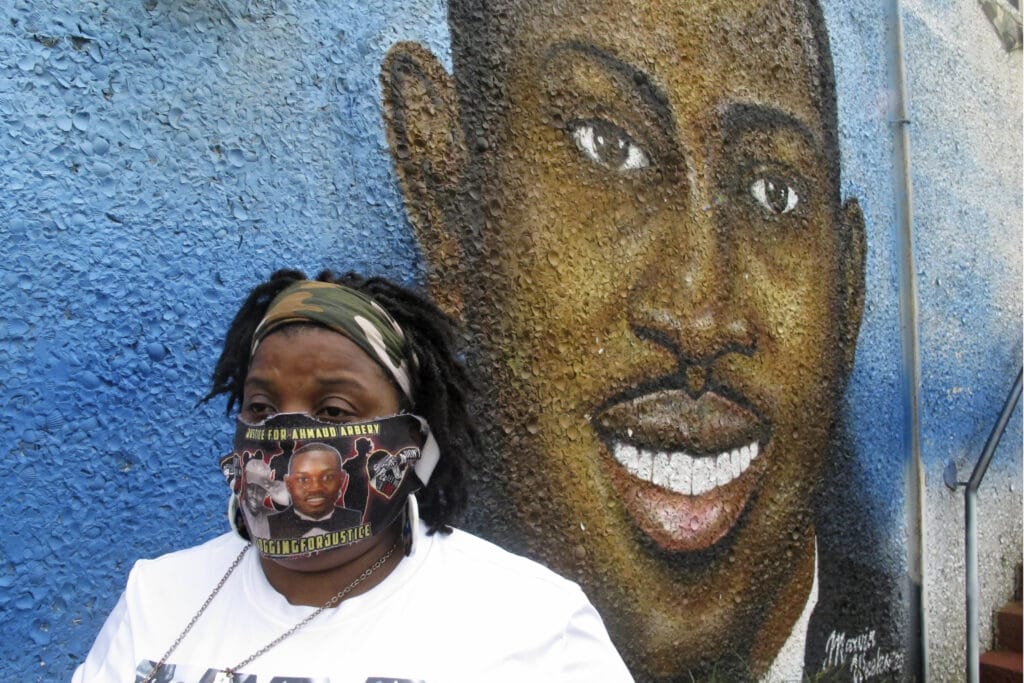 Jury selection begins Monday over the death of Ahmaud Arbery, a black man who was killed by a father and his son who thought he was a burglar. They chased him in their pickup and shot him. The Associated Press has the story:

BRUNSWICK, Ga. (AP) — A framed photo on the wall of Travis Riddle’s soul food restaurant shows the local sheriff arresting a gray-bearded white man with hands cuffed behind his back, a reminder to all who enter that for Riddle justice still waits to be served in the slaying of Ahmaud Arbery.

It shows Greg McMichael on the day last year that he and his son, Travis McMichael, were jailed on murder charges in the 25-year-old Black man’s killing.

The McMichaels are charged with chasing Arbery in a pickup truck and fatally shooting him after spotting him running in their neighborhood. More than two months passed before their arrests after video of the shooting was leaked online and sparked a national outcry.

Jury selection in the murder trial of the McMichaels and William “Roddie” Bryan, a neighbor who joined the pursuit and took the video, is scheduled to begin Monday. For many, it’s not just the three white defendants on trial, but rather a justice system that allowed them to remain free for weeks after they pursued and killed a Black man.

“You’ve got the corruption, then the good ole boy system, then the racism — that’s how I see it,” said Riddle, who hopes to break away from his restaurant, Country Boy Cooking, to attend some of the trial.

Local activists plan a weekend rally at the Glynn County Courthouse in Brunswick, a working-class port city 70 miles (112 kilometers) south of Savannah, and a car caravan through the neighborhood where Arbery was slain.

“It’s shaken the faith of the Black and brown community in their ability to trust the justice system,” said the Rev. John Perry, who was president of the Brunswick NAACP chapter when Arbery was killed.

Arbery’s death on Feb. 23, 2020, later became part of the broader reckoning on racial injustice in the criminal legal system after a string of fatal encounters between Black people and police — George Floyd, Breonna Taylor and Rayshard Brooks, among others. Akeem Baker, a close friend of Arbery’s, still takes runs on the 23rd day of each month for a distance of exactly 2.23 miles to keep his memory alive.

Baker said he is frequently tagged in social media posts by people doing similar memorial runs as far away as the U.K.

“I have to believe that this is going to bring needed changes to Brunswick and to the nation, in terms of racial justice,” Baker said.

The McMichaels and Bryan are charged with nine counts each, including malice murder, felony murder, aggravated assault and other crimes. The men told police they used pickup trucks to keep Arbery from fleeing the Satilla Shores neighborhood. Security cameras in an open-framed house under construction had previously recorded him on the site, and they suspected he was stealing.

Greg McMichael, a retired investigator for the area district attorney, can be seen playing up his law enforcement ties on recordings taken by police body cameras of officers dispatched to the scene after the shooting.

Prosecutors contend Arbery was merely jogging on a street just 2 miles (3.2 kilometers) from his home. They say he was unarmed and police found no evidence he had stolen anything.

What remains to be seen is how much prosecutors emphasize evidence of racism in Arbery’s killing. At a court hearing last year, a Georgia Bureau of Investigation agent testified that Bryan told investigators he witnessed Travis McMichael stand over Arbery and utter a racist slur — “f – – – ing n – – – er” — while Arbery bled in the street from three shotgun blasts.

Investigators also found text messages on Travis McMichael’s cellphone from a year before the shooting in which he used the N-word twice in one exchange. Prosecutors included the texts in evidence filed in the public court record, but haven’t requested to use them during the trial.

Meanwhile, defense attorneys want the judge to block prosecutors from showing the jury photos of the truck the McMichaels used to chase Arbery, which show a front bumper vanity plate of Georgia’s former state flag with the Confederate battle emblem.

Attorneys for the McMichaels and Bryan have insisted they committed no crimes, saying they had reason to suspect Arbery was a burglar and were legally trying to stop him. At the time, Georgia law allowed arrests by private citizens. They contend Travis McMichael shot Arbery in self-defense after Arbery attacked him with his fists and grappled for his gun.

“The jury will see this case is simply about protecting one’s neighbors and oneself,” Jason Sheffield, an attorney for Travis McMichael, said in an email to The Associated Press.

Arbery’s family has long said he was targeted because of his race. His relatives cheered when the U.S. Justice Department brought federal hate crimes charges against the McMichaels and Bryan in April. A separate trial in that case is scheduled for February.

“Race will be all over this case,” said Lee Merritt, a civil rights attorney for the Arbery family. “The nation is going to get a front row seat into where culturally Glynn County, Georgia, is in 2021, or where it was in 2020 at the very least.”

Georgia was one of just four U.S. states without a hate crimes law at the time Arbery was slain, though Georgia lawmakers quickly adopted one amid the outcry over his death. They also all but gutted the state citizen’s arrest statute.

Thea Brooks, Arbery’s aunt, says he was the victim of a “modern-day lynching.” She noted that security cameras at the same construction site the McMichaels suspected Arbery of looting had recorded others entering to look around — including white people and children.

“It really makes me feel like, on that day, it was a racially profiled situation,” Brooks said.

For local activist Elijah Bobby Henderson, Arbery’s killing exposed boundaries between white and Black Brunswick residents to maintain what he called “a comfortable tension between races.” He recalled being told as a child that Black children shouldn’t go trick-or-treating in the Satilla Shores neighborhood where Arbery died.

James Yancey Jr., a Black criminal defense attorney in Brunswick who is not involved in the Arbery case, said issues of race will likely loom large in the trial whether prosecutors emphasize it or not.

“Any time you have a case involving particularly a white person and a Black person … I think it’s probably impossible to overlook that fact,” Yancy said.

Arbery’s death prompted Henderson and other Black activists in Glynn County to form the group A Better Glynn to promote racial and socio-economic justice. In its first year, the nonprofit registered voters ahead of a 2020 election that saw longtime District Attorney Jackie Johnson defeated. The county also hired its first full-time Black police chief after the group pressed for a national search.

Meanwhile, Perry and Riddle are among eight candidates running in the Nov. 2 election to be Brunswick’s next mayor.

The Rev. James Woodall, a former president of the Georgia NAACP, called the electoral strides a sign more changes would come to Brunswick and other communities like it.

“You’re seeing a wave of organizing to lift up the issues of people in that community and to get folks engaged like never before,” said Woodall, now a public policy associate at the Southern Center for Human Rights.

“We’re looking forward to building a state where justice is literally the order of the day and not just an expectation of a small, minute portion of our community.”

By RUSS BYNUM and AARON MORRISON