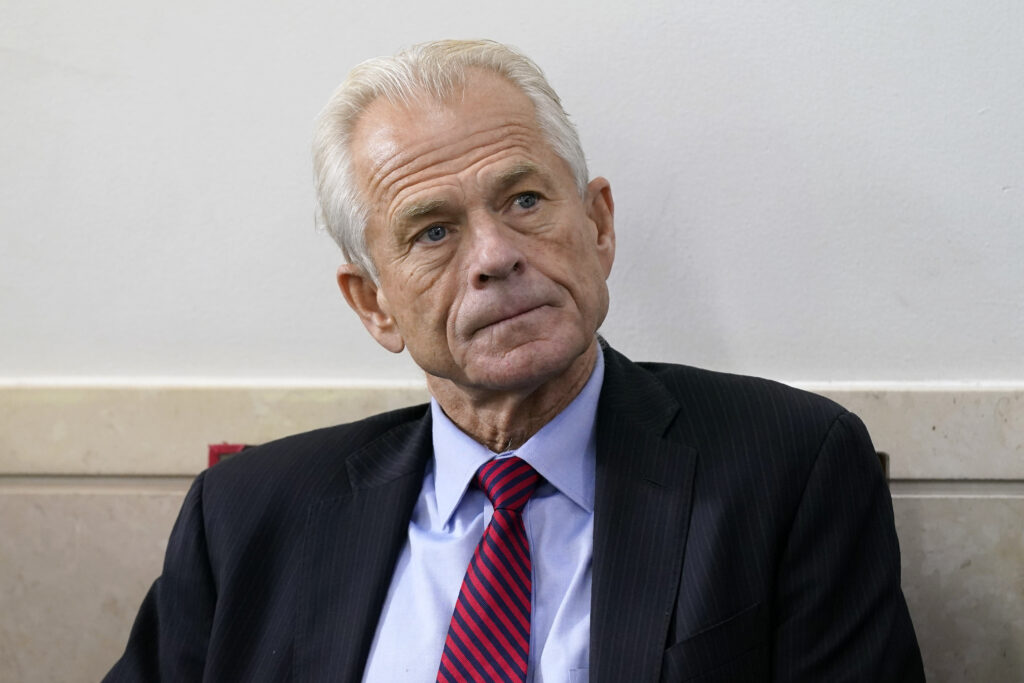 The Democratic Jan. 6 panel continues to hound former associates of Donald Trump like Peter Navarro, indicting them when they refuse subpoenas to show up and testify. Despite the fact House Minority Leader Kevin McCarthy has called it a witch hunt and will have nothing to do with it, they’re going ahead and indicting Republicans who don’t show up. The Associated Press has the story:

Navarro is former President Donald Trump’s second aide to be charged with contempt of Congress for refusing to cooperate with the Jan. 6, 2021, investigation, His arrest comes months after former White House adviser Steve Bannon.

Navarro, 72, was charged with one contempt count for failing to appear for a deposition before the House committee. The second charge is for failing to produce documents the committee requested. He was taken into federal custody Friday morning and was expected to appear in federal court in Washington later in the afternoon.

The indictment underscores that the Justice Department is continuing to pursue criminal charges against Trump associates who have attempted to impede or stonewall the work of congressional investigators examining the most significant attack on U.S. democracy in decades.

The Justice Department and Attorney General Merrick Garland have faced pressure to move more quickly to decide whether to prosecute other Trump aides who have similarly defied subpoenas from the House panel.

The indictment alleges that Navarro, when summoned to appear before the committee for a deposition, refused to do so and instead told the panel that because Trump had invoked executive privilege, “my hands are tied.”

After committee staff told him they believed there were topics he could discuss without raising any executive privilege concerns, Navarro again refused, directing the committee to negotiate directly with lawyers for Trump, according to the indictment. The committee went ahead with its scheduled deposition on March 2, but Navarro did not attend.

The indictment came days after Navarro revealed in a court filing that he also had been subpoenaed to appear before a grand jury this week as part of the Justice Department’s sprawling probe into the deadly insurrection at the U.S. Capitol.

Navarro, who was a trade adviser to Trump, said he was served the subpoena by the FBI at his Washington, D.C., home last week. The subpoena was the first known instance of prosecutors seeking testimony from someone who worked in the Trump White House as they investigate the attack.

Navarro made the case in his lawsuit Tuesday that the House select committee investigating the attack is unlawful and therefore a subpoena it issued to him in February is unenforceable under law.

He filed the suit against members of the committee, Speaker Nancy Pelosi, D-Calif., and the U.S. attorney in Washington, Matthew M. Graves, whose office is now handling the criminal case against him.

In an interview with The Associated Press this week, Navarro said the goal of his lawsuit is much broader than the subpoenas themselves, part of an effort to have “the Supreme Court address a number of issues that have come with the weaponization of Congress’ investigatory powers” since Trump entered office.

Members of the select committee sought testimony from Navarro about his public efforts to help Trump overturn the 2020 presidential election, including a call trying to persuade state legislators to join their efforts.

The former economics professor was one of the White House staffers who promoted Trump’s baseless claims of mass voter fraud. He released a report in December 2020 that he contended contained evidence of the alleged misconduct.

Navarro has refused to cooperate with the committee, and he and fellow Trump adviser Dan Scavino were found in contempt of Congress in April. Scavino has not been charged by the Justice Department at this point.

Members of the committee made their case at the time that Scavino and Navarro were among just a handful of people who had rebuffed the committee’s requests and subpoenas for information.

The panel has interviewed more than 1,000 witnesses about the insurrection and is preparing for a series of hearings to begin next week.