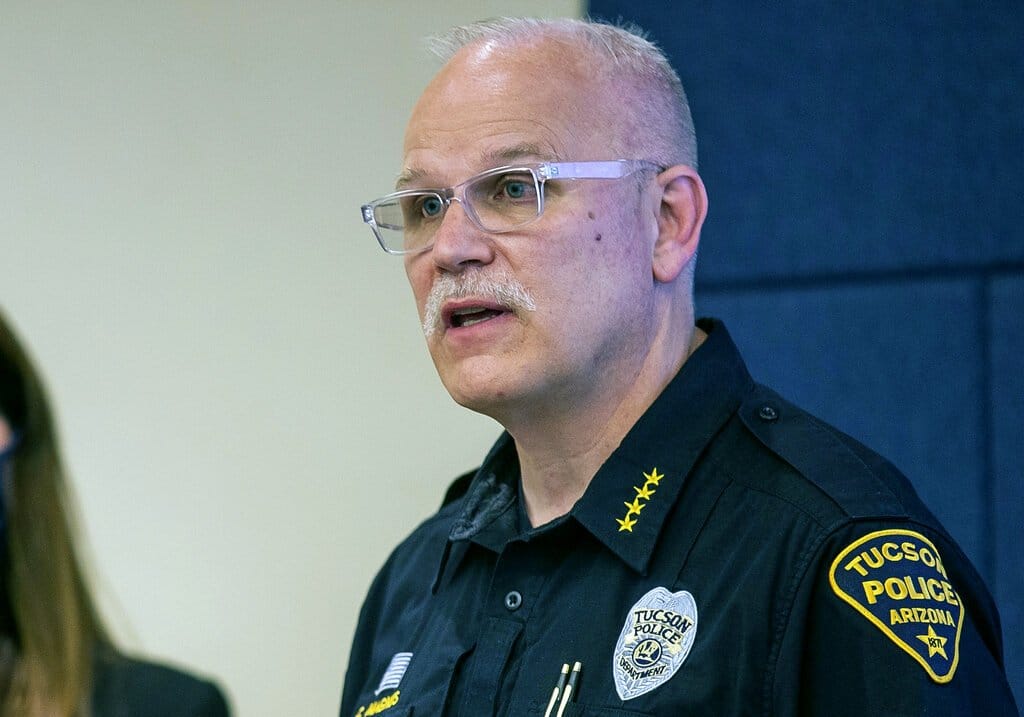 The nominations come as the Biden administration faces a rising number of people attempting to enter the country along the Southwest border.

Biden named Tucson, Arizona Police Chief Chris Magnus to be commissioner of Customs and Border Protection. Immigration policy expert Ur Mendoza Jaddou has been nominated to be director of Citizenship and Immigration Services.

Magnus publicly challenged the Trump administration’s efforts to punish cities that refused to cooperate with tougher immigration enforcement policies, arguing that it damaged relations between law enforcement and migrant communities.

Magnus leads the 800-member police force in Tucson, which calls itself an “immigrant welcoming community” and has changed police policy to minimize the ability for officers to enforce immigration laws. He has been a counterweight to hardline voices in the Border Patrol union and the Arizona Legislature.

Related: Russia: Troops On Ukraine Border Are Response To NATO

“He’s a strong leader, he’s quiet, and that’s what CBP needs,” said Gil Kerlikowske, who ran the agency for three years during Barack Obama’s presidency. “It’s 60,000 professionals and the last thing they need are people who are more interested in using their Twitter account or going on Fox News.”

Magnus offered to resign last year when a young Hispanic man, Carlos Ingram-Lopez, died in police custody and the department failed to inform the public for months. The officers involved resigned, and Magnus said he would have fired them. Mayor Regina Romero publicly supported Magnus.

“During his time in Tucson and throughout his career, Chief Magnus has developed a national reputation for his sensible, inclusive approach to policing that has always centered around community building,” Romero, a Democrat, said in a statement.

Magnus was previously the police chief in Richmond, California and Fargo, North Dakota. Magnus, who is white and gay, held a Black Lives Matter sign during a protest in Richmond, photos of which went viral in 2014.

Jaddou most recently was director of DHS Watch, which was broadly critical of the Trump administration’s efforts to curtail both legal and illegal immigration.

The number of migrants apprehended by the Border Patrol along the Southwest border has been rising for months. The Biden administration has continued to turn back adults under a public health order issued under Trump at the start of the pandemic.

But the administration has been allowing unaccompanied children and some families to stay. Last month, the U.S. government picked up nearly 19,000 children traveling alone across the Mexican border in March, the largest monthly number ever recorded.