U.S. should not allow Israel to sabotage returning to JCPOA 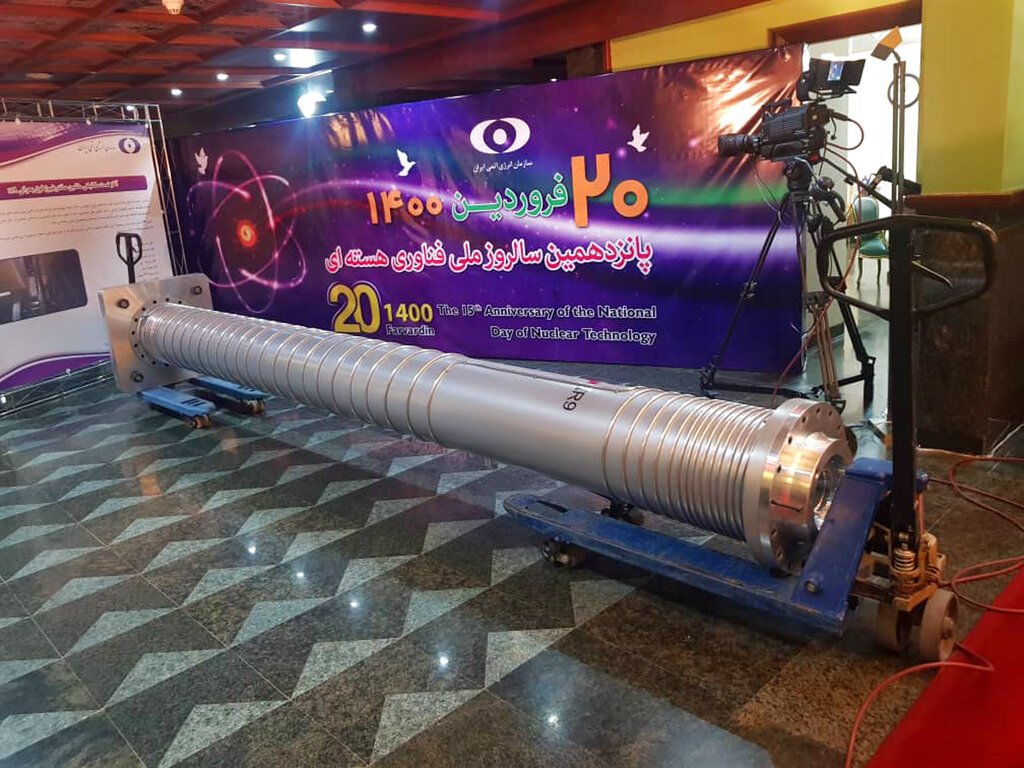 U.S. should not allow Israel to sabotage returning to JCPOA

In another reckless move last Sunday, April 13, 2021, Israel has struck the Iranian nuclear facility at Natanz, south east of the capital Tehran, apparently causing fire and power outage at the alleged uranium enrichment facility. Details are scarce, with the New York Times reporting that the site was hit by an apparent explosion and The Washington Post citing an Israeli media report that it was a cyberattack.

The Sunday attack came during a pause in the Vienna talks which had ended just two days before, with the suggestion by a senior American Diplomat (during a press conference on Friday) that the U.S was willing to “lift U.S. sanctions that are inconsistent with the JCPOA” (the Iran deal of July 2015).

Reactions where predictable: Iran expressed outrage and promised to avenge the attack, while lawmakers asked Foreign Minister Mohammad JCPOAto suspend the talks, saying that Iran should not be engaged in negotiations when it is under attack.

Israel neither confirmed, nor clearly denied the attack, while suggesting in every possible way (short of an outright admission) that it was indeed behind the attack.

In Washington, the White House was saying almost nothing in public on Monday (4/12) about the explosion inside the Natanz facility, (underneath more than 20 feet of reinforced concrete). Biden’s Spokeswoman, Jen Psaki told reporters during Monday’s White House Press Briefing “The U.S. was not involved in any manner,” emphasizing  that “We have nothing to add on speculation about the causes or the impacts.” Never mind that the attack occurred while the American Sec. of Defense, Lloyd Austin was on an official visit to Israel, in what seems to be a decidedly deliberate insult to the U.S.

The Natanz attack is but the latest in Israel’s series of attempts to ignite full scale confrontation between the U.S. and Iran.   Recent attacks attributed to Israel included the assassination of Iran’s top nuclear scientist, Mohsen Fakhrizad, last fall and a mysterious series of explosions that struck various sites in Iran, reportedly including a major missile facility, last summer. The most blatant attack of all was the so-called Stuxnet virus — part of a joint U.S.-Israeli covert program code-named Olympic Games — that reportedly took nearly 1,000 of 5,000 centrifuges at Natanz in 2010.

Israel’s apologists in Washington scorn the claims that Israel is in violation of international law, because Iran is a signatory to the Non-Proliferation Treaty (NPT) and as such, has no right to nuclear weapons.

Most experts suggest that Israeli sabotage operations, like the one at Natanz, can only slightly delay Iran’s nuclear program. Israel simply does not have the capacity to eradicate the program, and despite bragging about its capabilities, it has nowhere near what it would take to mount an effective aerial bombardment of Iran’s nuclear sites.  Only the United States has the kind of military capability to conduct such a campaign but only at the cost of a full-scale war whose consequences would be devastating for the whole region and that no one wants. Let alone the fact that (in all likelihood), a sustained U.S. bombardment can set back the Iranian program, but it will not end it.

For Israel, keeping the Iran nuclear scare and fanning tensions may be good politics. After all, it has been able to use it as a smokescreen for keeping the grip on occupied Palestinian territories, and expanding settlements, while at the same time forging alliances with Arab Gulf monarchies, without ever suing for a peace settlement with the Palestinians. But for the U.S. such recklessness is not sustainable, and downright dangerous.

So, where does that leave us? It leaves us without any alternative to diplomacy. The 2015 nuclear deal, the Joint Comprehensive Plan of Action (JCPOA), was painstakingly crafted, and it achieved what it was intended to do. While it allowed Iran to retain residual enrichment capacity, and it included a sunset clause (defining a shelf life on Iran’s uranium enrichment abstention); it rightly did not cover Iran’s missile program, because such would have been an infringement on Iran’s right to self defense, the JCPOA was the most effective tool aimed at ensuring the non-weaponizing of Iran’s nuclear program.  It reduced Iran’s uranium stockpile by 98 percent and established and ironclad 24/7 monitoring of its key nuclear facilities.

President Donald Trump’s 2018 decision to leave the JCPOA in spite of Iranian compliance was in fulfillment of his campaign promises he made to his Evangelical base, which is fanatical in supporting the Israeli rightwing. He claimed he wanted a better deal that by all assessments sought to have regime change in Tehran. He imposed “maximum pressure” sanctions and tactics to achieve such a goal. All to no avail, because Iran was able to withstand such crippling sanctions, and in the process increase its presence in the region, and bolster its defenses, while forging strong alliances with Russia and China.

Under these “crippling sanctions”, Iran has rapidly increased uranium production, with The International Atomic Energy Agency (IAEA) reporting in March 2020 that Iran’s stockpile of enriched uranium was five times larger than allowed under the 2015 deal. Iran is also now producing 20 percent enriched material, far above the 3.67 percent threshold allowed by the deal and (allegedly) closer to the 90 percent needed for a nuclear weapon.

That is why it was good news that Iran and the United States launched talks in Vienna last week, with the aim of restructuring how Iran and the U.S. can return to the nuclear deal. The U.S. should not allow Israel to sabotage the prospects. Read more by the Author