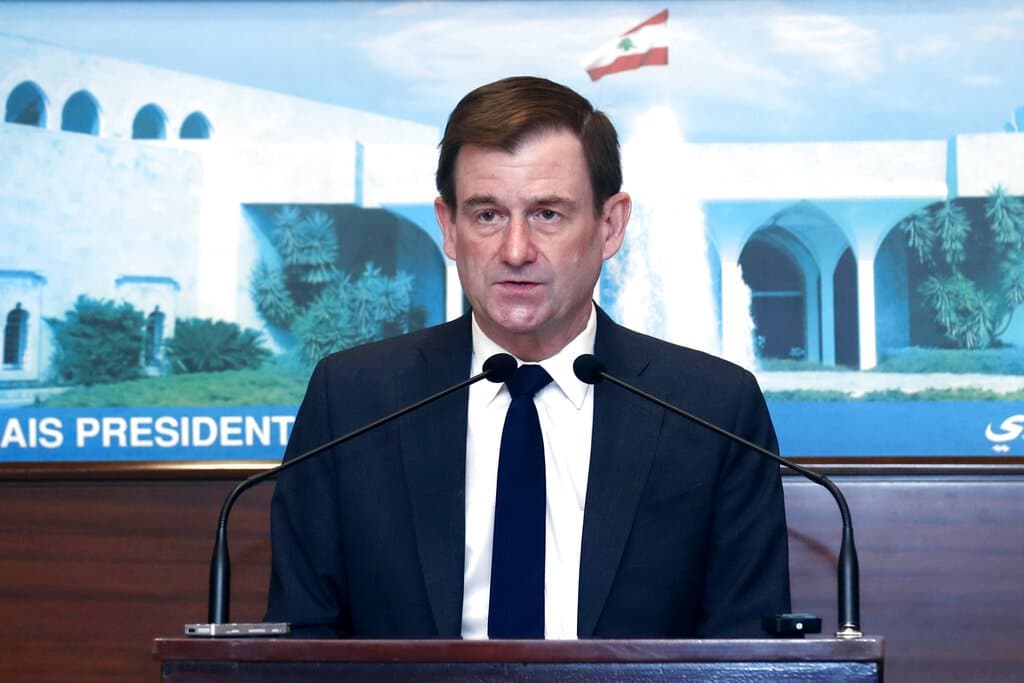 After months of political deadlock in Lebanon, U.S. undersecretary of state for political affairs David Hale warned Lebanese officials that U.S. and its allies might impose sanctions against them if progress is not made setting up the new government. Prime Minister-designate Saad Hariri was named to the post in October, but he has been unable to form a new government. The Associated Press has the story:

BEIRUT (AP) — A senior U.S. official warned Thursday that Lebanese politicians who continue to block reforms in the crisis-hit country could face punitive actions by Washington and its allies.

U.S. undersecretary of state for political affairs David Hale did not provide details on the nature of the potential actions. But appeared to refer to reports that the United States and its allies may impose sanctions on Lebanese politicians in order to force them to end a monthslong political deadlock and start badly needed reforms to fight corruption.

Political bickering has delayed the formation of a new Cabinet as the country sinks deeper into its worst economic and financial crisis in its modern history. The economic crisis is the gravest threat to Lebanon’s stability since the 15-year civil war ended in 1990.

The outgoing government resigned last August, following a massive explosion at Beirut’s port that killed 211 people, injured more than 6,000 and damaged entire neighborhoods in the capital.

Prime Minister-designate Saad Hariri has failed to form a new government since he was named for the post in October. Hariri has been insisting on forming a Cabinet of experts whose main job will be to get Lebanon out of its paralyzing economic crisis.

Other groups, including the powerful Iran-backed Hezbollah, insist on a mixed Cabinet of politicians and experts.

“Those who continue to obstruct progress on the reform agenda jeopardize their relationship with the United States and our partners and open themselves up to punitive actions,” Hale said after meeting President Michel Aoun Thursday morning.

“Today there’s been very little progress but its not too late,” Hale said, adding that Washington has long called for Lebanon’s leaders to show sufficient flexibility to form a government that “is willing and capable to reversing the collapse that is underway.”

Lebanese currency lost 90% of its value, almost half the population unemployed and impoverished

The local currency has been in free fall since late 2019, losing around 90 percent of its value. The government defaulted on its foreign debt last year and nearly half the population has been pushed into poverty and unemployment.

Speaking about indirect negotiations between the U.S. and Iran over Tehran’s nuclear program that began earlier this month, Hale said a future deal will be “in our interests and in the interest of regional stability.”

He added that “America will not abandon our interests and our friends here in Lebanon.”

Hale also said that the U.S. stands ready to facilitate indirect talks between Lebanon and Israel over their maritime border.