US air travel rises to highest levels yet since pandemic hit 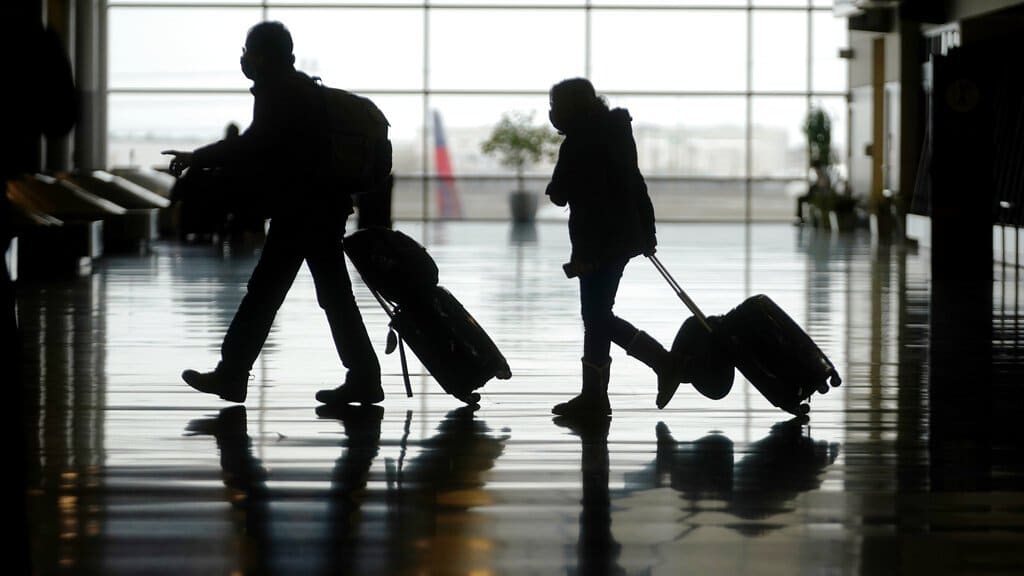 Across the United States, air travel is recovering more quickly from the depths of the pandemic, and it is showing up in longer airport security lines and busier traffic on airline websites.

The Transportation Security Administration screened more than 1.3 million people both Friday and Sunday, setting a new high since the coronavirus outbreak devastated travel a year ago. Airlines say they believe the numbers are heading up, with more people booking flights for spring and summer.

“Our last three weeks have been the best three weeks since the pandemic hit, and each week has been better than the one prior,” American Airlines CEO Doug Parker said Monday.

Airline stocks rose across the board. Shares of the four biggest U.S. carriers hit their highest prices in more than a year.

However, the airlines still have far to go before travel fully returns to pre-pandemic levels.

While the number of people passing through airport checkpoints has topped 1 million for four straight days and the 7-day rolling average is the highest in the pandemic era, passenger traffic is still down more than 50% in March compared with the same period in 2019.

Parker said American’s bookings are now running just 20% below 2019 levels. A factor appears to be traveler confidence now that more people are getting vaccinated against COVID-19. About 70 million Americans, or 21%, have received at least one dose, and 37 million have completed their vaccination, according to the Centers for Disease Control and Prevention.

Since the pandemic hit, air travel has picked up a few times — mostly around holidays — only to drop back down. This time, the recovery “seems like it’s real,” Bastian said during the same J.P. Morgan investor conference at which Parker spoke.

United Airlines CEO Scott Kirby said his airline will generate “core” cash instead of burning cash for March, and he expects the positive trend to continue in the months ahead.

Southwest Airlines CEO Gary Kelly said during a Washington Post webcast that his airline could break even by June, “where you have had much of the population vaccinated.”

Southwest said in a regulatory filing that for March and April will be better than expected as passenger traffic and fares rise. The airline said people are booking leisure trips to beach and mountain destinations, but business travel is still lagging.

Previous Article
A by-the-numbers look at a year of Oscar diversity, firsts
Next Article
Automakers embrace electric vehicles. But what about buyers?