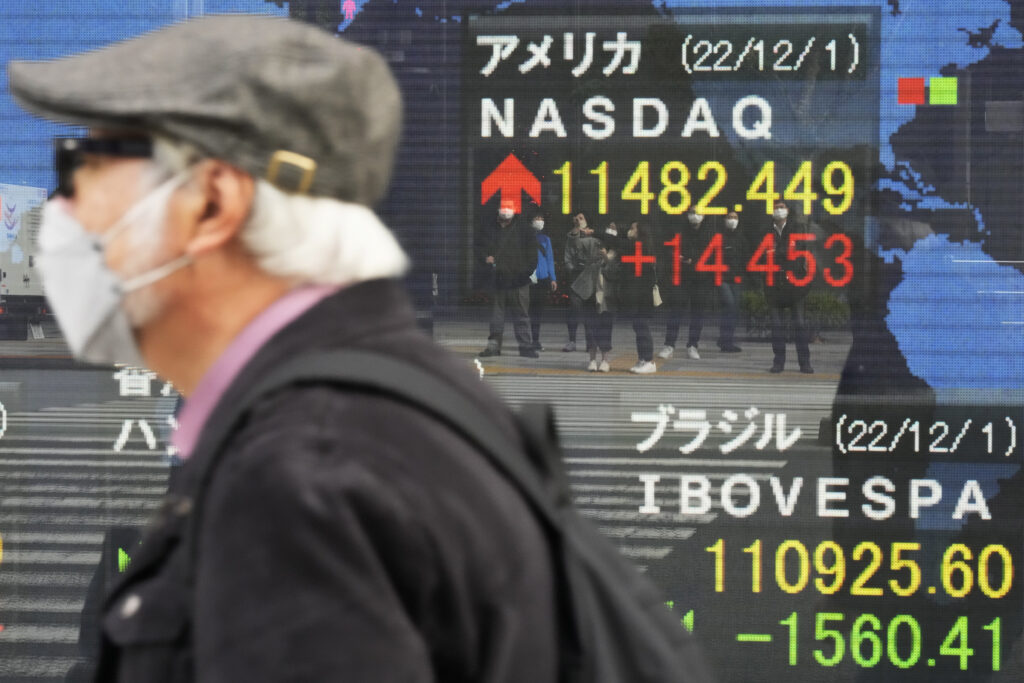 Wall Street was listless early Friday ahead of the government’s monthly jobs report, which could reveal whether the job market has loosened enough to impact the Fed’s rate hike decision later this month. The Associated Press has the Story:

Futures for the Dow Jones industrials and the S&P 500 were essentially flat less less than two hours before the opening bell.

Action was muted as traders awaited a closely watched monthly report on jobs due out Friday that will show how the labor market is holding up, which may influence what the Fed does next in its bid to cool inflation.

A moderate reading might improve buying sentiment, said Ipek Ozkardeskaya of Live.com, given that “investors are dying to price in the goldilocks scenario, which is the sweet combination of slowing inflation, but a mild economic slowdown, which means mild deterioration in the U.S. jobs data.”

Economists surveyed by data provider FactSet have predicted that employers added 200,000 jobs last month. That would amount to the lowest total since December 2020 yet would still represent a solid gain. The unemployment rate is expected to stay at 3.7%, near a half-century low.

Fed officials have signaled that the unemployment rate needs to be at least 4% to slow inflation.

Shares fell in New York on Thursday after a U.S. measure of inflation that’s closely watched by the Federal Reserve eased in October, raising questions over the central bank’s determination to keep raising interest rates to tame price increases.

A report by the Institute for Supply Management also showed that prices are falling and that American manufacturing contracted in November for the first time since May 2020.

Slower growth due to tighter monetary policies has slowed new orders and order backlogs, “which saw manufacturing conditions contracting for the first time since June 2020,” Jun Rong Yeap of IG said in a report. That may suggest that with “inflation risks behind us now, ‘bad news’ in economic data may not be ‘good news’ for markets as recession fears could be brewing,” he said.

Optimism over moves by China to ease strict pandemic controls appeared to have faded, replaced by worries over indications recession may be looming.

Signs of weakening trade, especially for export dependent economies in Asia, have deepened worries over slowing growth in China and its implications for the global economy.

Oil prices inched back up as the European Union was edging closer to a $60-per-barrel price cap on Russian oil in a maneuver designed to keep Russian oil flowing into global markets while clamping down on President Vladimir Putin’s ability to fund his war in Ukraine.

U.S. benchmark crude oil climbed 56 cents to $81.78 per barrel in electronic trading on the New York Mercantile Exchange. It gained 67 cents to $81.22 per barrel on Thursday.

Brent crude oil, the standard for pricing oil for international trading, rose 44 cents to $87.32 a barrel.

Markets slid on Thursday following a big rally Wednesday when Fed Chair Jerome Powell the central bank could begin moderating its pace of rate hikes at its next meeting in mid-December. The Fed, though, has been very clear about its intent to continue raising interest rates until it is sure that inflation is cooling.

A big concern for Wall Street has been whether the Fed can tame rates without sending the economy into a recession as it hits the brakes on growth. Businesses are seeing demand fall for a wide range of goods as inflation squeezes wallets. Analysts generally expect the U.S. to dip into a recession, even if it is mild and short, at some point in 2023.