US troops preparing to leave Afghanistan 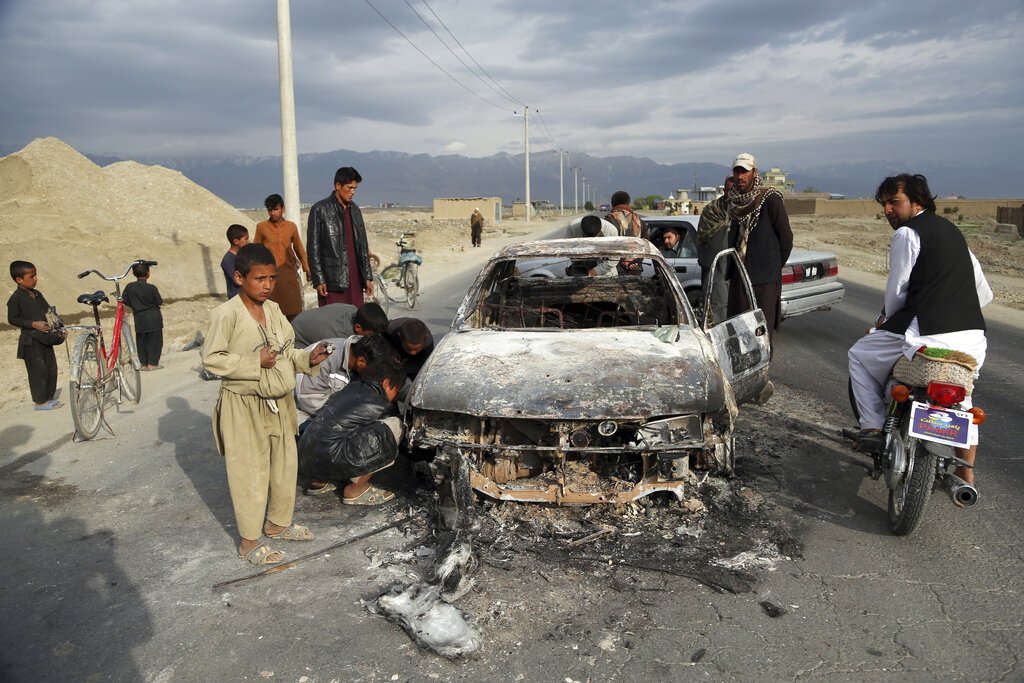 Concrete steps have begun to remove the final U.S. troops from Afghanistan. Although they will not leave by the original May 1 deadline negotiated with the Taliban, the departure will likely be completed well before September 1, the anniversary of 9-11. The Associated Press has the story:

US wrapping up final steps for removing remaining 2,500 troops in Afghanistan

KABUL, Afghanistan (AP) — The U.S. military has begun shipping equipment and winding down contracts with local service providers ahead of the May 1 start of the final phase of its military pullout from Afghanistan, a U.S. Defense Department official said Thursday.

The pullout under U.S. President Joe Biden marks the end of America’s longest war after a 20-year military engagement. Currently, some 2,500 U.S. soldiers and about 7,000 allied forces are still in Afghanistan.

In February last year, the U.S. military began closing its smaller bases. In mid-April, the Biden administration announced that the final phase of the withdrawal would begin May 1 and be completed before Sept. 11.

Since then, the military has been shipping equipment and winding down local contracts for services such as trash pickup and maintenance work, the U.S. official told The Associated Press, speaking on condition of anonymity in line with briefing regulations.

While preparations are under way, troops likely won’t begin to depart for a few weeks, he said, adding that “we won’t see a coming down of the (troop) numbers” until remaining bases close.

There have been indications that the pullout could be completed well before Sept. 11, which marks the 20th anniversary of the al-Qaida terror attack on the U.S. and the trigger for the U.S. invasion of Afghanistan.

International troops may pull out by July 4

On Wednesday, Germany’s Defense Ministry said discussions are underway among military planners with the NATO-led Resolute Support Mission in Kabul for a possible withdrawal of international troops from Afghanistan as early as July 4.

In the short term, America will likely increase its troop presence in Afghanistan, the Pentagon said last Friday. The additional troops would be in Afghanistan over the coming weeks and months to help with what the herculean task of wrapping up 20 years of war.

While much of the equipment headed back to the U.S. will be shipped by air, the military will also use land routes through Pakistan and north through Central Asia, the Defense Department official said.

The U.S. equipment that is neither shipped back to America nor given to the Afghan National Security forces will be sold to contractors, who will, in turn, sell it in the local markets.

“You’ll most likely start seeing it eventually showing up in bazaars as scrap,” said the official.

The Taliban, meanwhile, were non-committal when asked by the AP whether the insurgents would attack departing U.S. and NATO troops. “It’s too early for these issues, nothing can be said about the future,” said Taliban spokesman Mohammad Naeem.

In a deal the Taliban signed last year with former President Donald Trump, the final U.S. withdrawal deadline was set as May 1. Under the agreement, the Taliban promised not to attack U.S. and NATO troops but they also later promised “consequences” if Washington defied the May 1 deadline.