US Vaccine donation welcomed with cautions 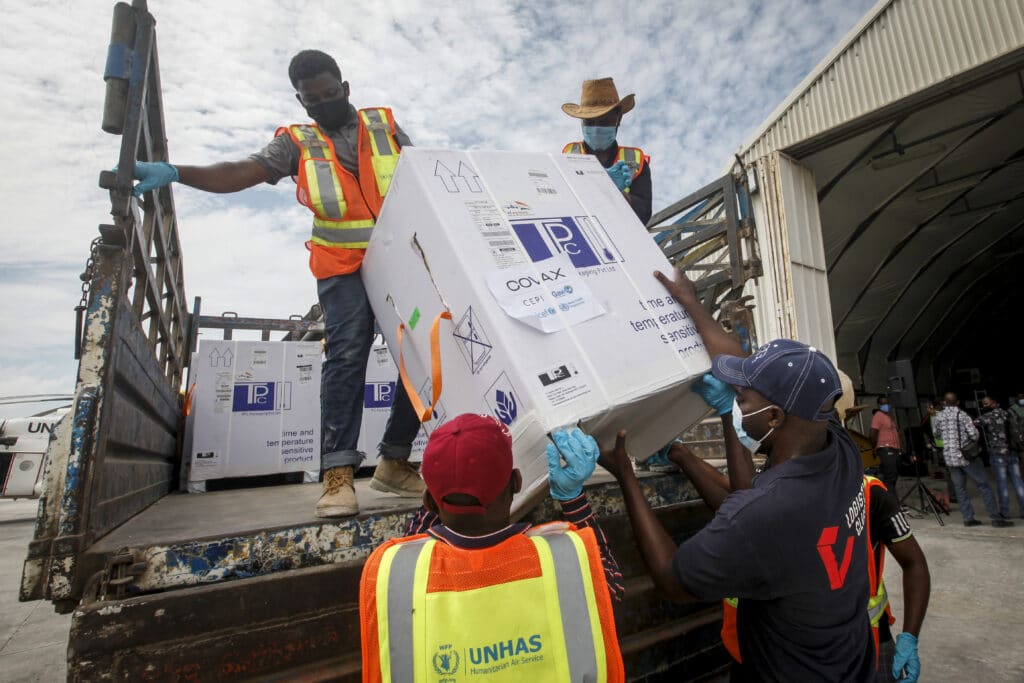 CAPE TOWN, South Africa (AP) — Health officials and experts around the world on Thursday welcomed a U.S. plan to donate 500 million more COVID-19 vaccines to developing countries, but the celebrations came with hesitation.

For instance, when exactly will those vaccines reach regions left behind in the global race and that are feeling the bite right now with deadly new waves of virus infections? And how many other wealthy nations will follow the lead of the U.S. to fill the gaping need?

The Biden administration’s promise to purchase and share Pfizer vaccines was “clearly a cause for celebration,” said Dr. John Nkengasong, the director of the Africa Centers for Disease Control and Prevention, particularly at a time when virus infections are aggressively increasing on the continent, and there are still countries that haven’t administered a single dose.

“Absolutely, it’s going to be a big help,” Nkengasong said, although he added he was eager to understand the exact timeline for the shots hopefully heading to his continent.

Two hundred million doses — enough to fully protect 100 million people — will be provided this year, with the balance donated in the first half of 2022, according to the White House. The U.S. will work with the U.N.-backed COVAX alliance to deliver the shots. Some have noted that since the Pfizer vaccines require extremely cold storage, they present an extra logistical challenge for countries with struggling health systems and poor infrastructure.

U.S. President Joe Biden is expected to talk about the plan later Thursday in a speech on the eve of the Group of Seven summit in Britain.

That summit might also give a crucial indication of whether and how far other nations in the elite club are willing to follow the U.S on vaccine sharing amid widespread criticism that richer countries have fallen woefully short so far, despite lofty promises of fairness when the vaccines were being developed.

Inequities in vaccine supplies around the world have become alarmingly pronounced in recent months, as richer countries have rushed to vaccinate wide swaths of their populations while poorer nations have struggled to secure doses. The inequality is not just a matter of fairness: There is also increasing concern over newer virus variants emerging from areas with consistently high COVID-19 circulation.

British Prime Minister Boris Johnson wrote in The Times of London newspaper that it was now time for wealthy countries to “shoulder their responsibilities” and “vaccinate the world,” although his own country has yet to announce any solid plan to share vaccines with countries in need.

France has been insisting on the importance of helping Africa, in particular, with vaccines since last year and President Emmanuel Macron said he brought 100,000 vaccine doses with him on a trip to Rwanda last month. Macron has promised France will donate 30 million doses through COVAX by the end of the year, with half a million by mid-June.

Promises by wealthy nations, some of whom have excess vaccines, have often been criticized as too little or too late — or both.

“While Biden’s plan is welcome, it is a small piece of the puzzle, and it doesn’t help countries that are struggling now,” said Fifa Rahman, who is a civil society representative on a World Health Organization body focused on increasing access to COVID-19 vaccines, among other issues.

She cited the East African nation of Uganda as an example, saying the country’s intensive care units are already full, and it has only small numbers of vaccines left.

“This is just one example of a country that needs vaccines now,” Rahman said. “Later this year is too late and comes at the expense of lives.”

There are many examples of dire need across the world, like Haiti, on America’s doorstep, and which still awaits its first shipment of vaccines six months after some rich countries started their programs.

“It’s precisely the actions of the G-7 governments, among others, that have led to the grave global inequities we see in access to COVID-19 medical tools now,” the Doctors Without Borders organization said.

As countries around the world struggled to access vaccines, unable to secure their own deals with companies like Pfizer, many have turned to China, which has exported 350 million doses of its vaccines to dozens of countries, according to its Foreign Ministry.

While Chinese vaccines have faced scrutiny because of a lack of transparency in sharing clinical trial data, many countries were eager to receive anything at all.

China, which has been vying for influence with the U.S. in the realm of “vaccine diplomacy,” reacted to the U.S. plan through Foreign Ministry spokesperson Wang Wenbin, who said China has always supported using vaccines as a “global public good.”

The shots promised by the Biden administration will go to 92 lower income countries and the African Union over the next. Pfizer said the doses are part of a previous pledge, with its partner BioNTech, to provide 2 billion doses to developing countries over the next 18 months.

The White House had earlier announced plans to share 80 million doses globally by the end of June, most through COVAX.

The additional donation of the Pfizer shots is crucial because the global disparity in vaccination has become a multidimensional threat: a human catastrophe, a $5 trillion economic loss for advanced economies, and a contributor to the generation of mutant viruses, said Jerome Kim, the head of the International Vaccine Institute, a nonprofit dedicated to making vaccines available to developing countries.

Jeong Eun-kyeong, director of South Korea’s Disease Control and Prevention Agency, said the success of Biden’s vaccine-sharing plan would depend mainly on how fast the shots could be produced and sent to countries in need. The White House has said all the doses will be manufactured in the U.S.

Some experts said donations alone wouldn’t be enough to close the huge gaps in supplies and called for allowing qualified companies around the world to manufacture vaccines without intellectual property constraints.

The U.S. has expressed support for suspending IP protections on vaccines — and some other countries have agreed it should be explored — but, in an indication of the disjointed response from the G-7, Germany repeated its opposition to an IP waiver on Thursday.

“We don’t think a waiver is helpful or is actually the problem,” said a senior German official, who briefed reporters on condition of anonymity in line with department rules. “And nothing has changed about that.” Read more COVID-19 news