Violent clashes in Albania over soccer result in deportations 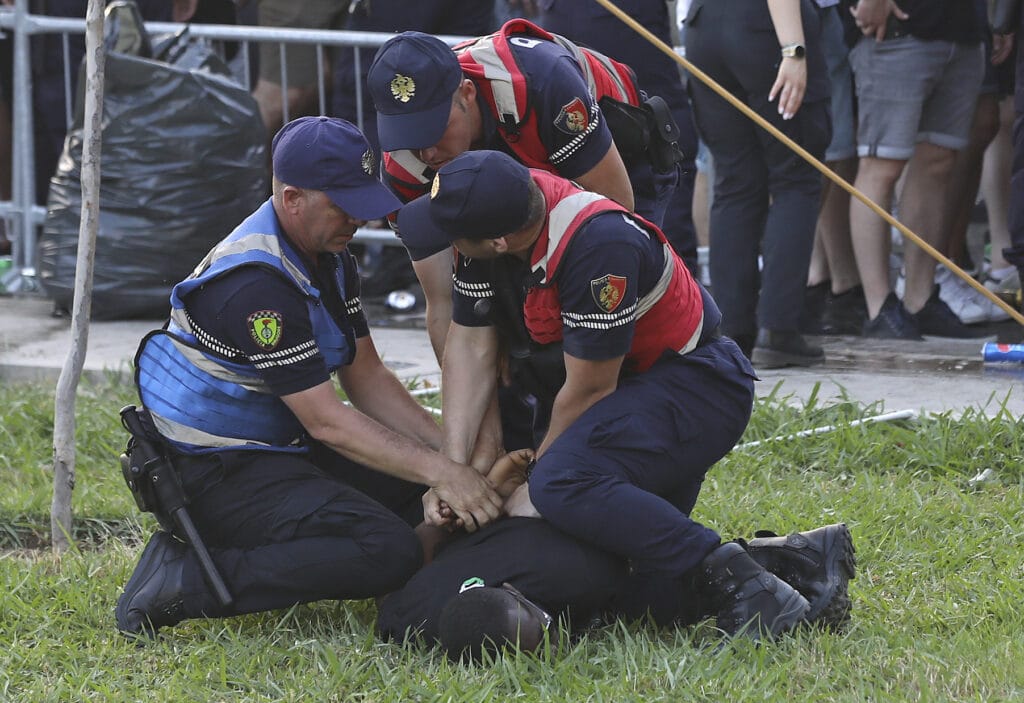 Before the Europa Conference League final even took place in Albania, soccer fans got so rowdy some of them were deported back to Italy. Two separate groups of Dutch and Italian fans clashes with police, resulting in injuries to five Albanians and 19 officers. The Associated Press has the story:

Italian club Roma will face Dutch team Feyenoord in the match at the 20,000-capacity National Arena.

Two separate groups of Dutch and Italian fans clashed with police on Tuesday in the city, injuring 19 officers and five Albanian civilians. One police officer was injured from a knife attack, authorities said.

Before the start of the match, some fans were removed from the stadium by stewards following an alleged fight in the area allocated to Dutch supporters. Dutch fans also hurled flares onto the field.

On Wednesday, deputy head of police Albert Dervishi called on “Italian and Dutch fans to behave and act as European citizens, respect the country’s laws and not clash with police, or the laws will be strictly applied.”

Dervishi said 48 Italian fans and 12 Dutch supporters have been detained, adding anyone arrested could face up to seven years in prison. He said 80 fans were deported back to Italy.

The police official also called on businesses to avoid offering glass bottles to customers and warned Tirana residents to avoid “provocations from individuals or groups of fans who may be under the effect of alcohol.”

“We are determined to guarantee order and security, to prevent property destruction and the normal holding of the sporting activity,” Dervishi said.

“There is a lot of enthusiasm and passion, but we should respect everyone,” Berardi said.

Feyenoord and Roma are storied clubs with big fan bases. Up to 100,000 fans are expected in Tirana despite each club being allocated only 4,000 tickets for the inaugural final of the third-tier European tournament.

There are separate “fan zones” for each club, only one kilometer (0.6 miles) apart.