Warp-speed spending and other surreal stats of COVID times 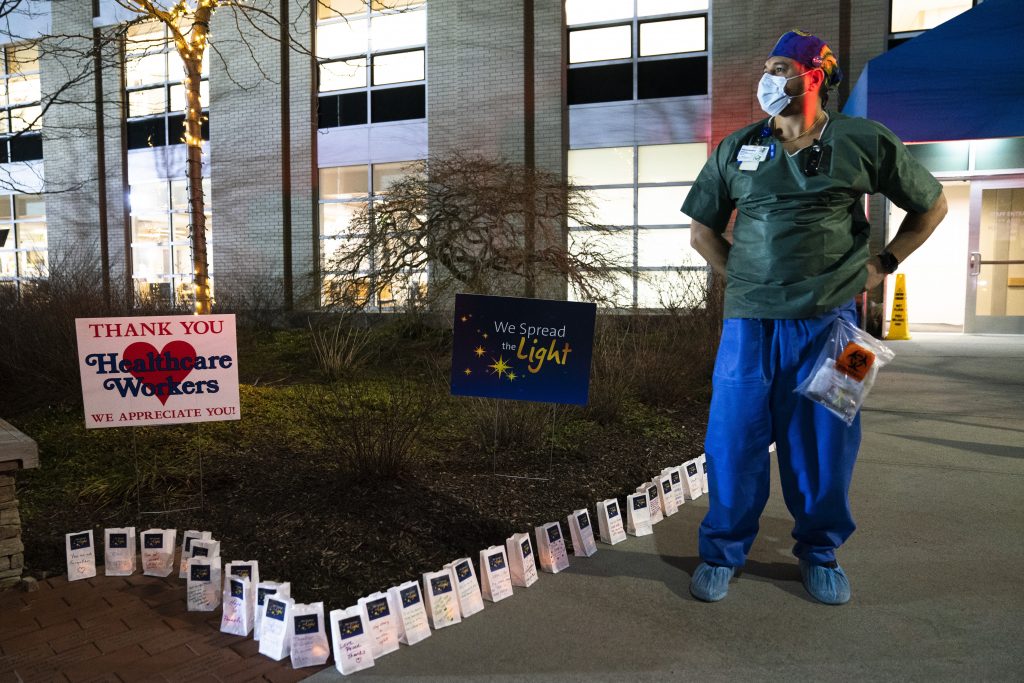 WASHINGTON (AP) — The U.S. effort in World War II was off the charts. Battles spread over three continents and four years, 16 million served in uniform and the government shoved levers of the economy full force into defeating Nazi Germany and imperial Japan.

All of that was cheaper for American taxpayers than this pandemic.

The $1,400 federal payments going into millions of people’s bank accounts are but one slice of a nearly $2 trillion relief package made law this past week. With that, the United States has spent or committed to spend nearly $6 trillion to crush the coronavirus, recover economically and take a bite out of child poverty.

Set in motion over one year, that’s warp-speed spending in a capital known for gridlock, ugly argument and now an episode of violent insurrection.

For a year now, Americans have grappled with numbers beyond ordinary comprehension: some 30 million infected, more than half a million dead, millions of jobs lost, vast sums of money sloshing through government pipelines to try to set things right.

How high can you count? At one turn after another, that may be the rhetorical question of these COVID-19 times.

Once, the attack on Pearl Harbor was the modern marker for national trauma. About 2,400 Americans died in the assault on the naval base in Hawaii that drew the United States into the Pacific war. The nearly 3,000 dead from the terrorist attacks Sept. 11, 2001, became the new point of comparison as the ravages of COVID-19 grew.

The U.S. reached a total of 3,000 COVID-19 deaths even before March 2020 was out. By December, the country was experiencing the toll of 9/11 day after day after day. In that time, COVID-19 was killing more Americans than any other disease, any other single cause.

“COVID-19 now is the leading cause of death, surpassing heart disease,” Dr. Robert Redfield, then leading the Centers for Disease and Prevention, said Dec. 10. Looking to the weeks ahead, he said “it’s going to be the most difficult time in the public health history of this nation.”

So it was, even with the vaccine rollout five days later.

With deaths now moderating — so that a 9/11 toll comes cumulatively every few days — the U.S. death toll now has surpassed 530,000, exceeding U.S. combat deaths of all of the last century’s wars.

A new marker looms: the estimated 675,000 Americans who died in the 1918-19 pandemic misnamed the Spanish flu.

That milestone may not be reached, if worst-case scenarios are avoided. Yet this much is clear — the United States has taken a proportionally worse hit in this pandemic.

The U.S. has experienced 1 in 5 deaths worldwide, compared with 1 in 75 deaths globally by the rough estimates of the pandemic a century ago.

The blame game is on, exacerbated by the record of a president, Donald Trump, who rarely acknowledged the gravity of the crisis and routinely distorted it. He told Americans in March 2020 the country would be “just raring to go by Easter” and declared on the cusp of soaring infections that the U.S. was “rounding the final turn” on the virus.

“We were hit with a virus that was met with silence and spread unchecked,” President Joe Biden said in his prime-time address Thursday. “Denials for days, weeks, then months.”

But while Trump persisted in sunny side up, he also opened the coffers on vaccine development and pandemic relief, backing $4 trillion in aid, equal to 20% of the U.S. economy.

And he pulled together a Star Wars-sounding effort that pretty much lived up to the hyperbole of its name. By the usual yearslong lag in coming up with a vaccine, the authorization to release two vaccines — now three — proved something of an Operation Warp Speed.

The Trump administration’s striking success in backing the invention of coronavirus vaccines through direct spending or advance purchase commitments has been followed by the Biden administration’s nascent success in spurring the production and delivery of those shots.

On this Trump-Biden continuum, shots have risen from 48,757 the first day, Dec. 15, to an average of 1.5 million to 2 million per day the first week of March, raising hope that a persistent bottleneck and vaccine shortages can be overcome. More than 100 million doses have been administered; 35 million people have been fully vaccinated.

The bill for it all is stratospheric.

Back in February 2020, when the financial markets showed strain from the pandemic and oil prices started to plunge, many economists began to predict that the U.S. government would need to borrow sums unimaginable to older generations.

Biden’s $1.9 trillion package follows five others in the past year, altogether worth almost $6 trillion. That’s about $1 trillion more than U.S military expenditures in World War II, all in today’s dollars. It’s more than the government’s entire budget just two years ago, $4.4 trillion.

About two-thirds of the money in Biden’s plan is to be spent in one year, a hefty infusion that has some economists worried about inflation.

How can the U.S. possibly afford this?

At least for now, debt is cheap.

The cost of servicing the debt last year was only 1.6% of the gross domestic product — a bargain compared with the 1990s, when the total debt was much lower. Back then, the federal government spent about 3% of GDP on net interest costs.

Bargain, of course, is relative. Debt is historically high, up 130% over 10 years even before the latest relief package, a burden made manageable by historically low interest rates. Big-ticket plans on infrastructure and more are still to come.

And they are bound to come with 12 zeroes. It’s a world of trillions now.