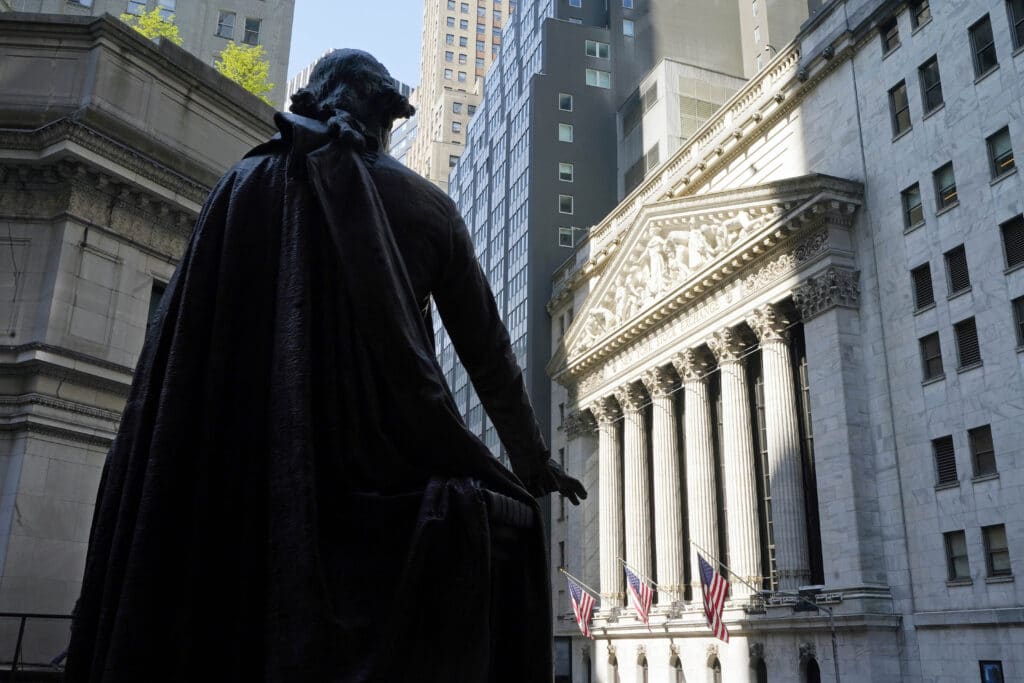 Big Tech companies did well on Tuesday, bringing major indexes higher by the end of the day. Part of it was due to the rise of “meme” stocks. Fastly stock jumped 9.2% after it resolved a big outage that left sites like The New York Times and CNN down for a few minutes. The Associated Press has the story:

Huge gains in a new batch of ‘meme’ stocks

(AP) Major indexes closed mostly higher on Wall Street, thanks largely to gains in a handful of Big Tech companies. Small-company stocks continued to outpace the rest of the market, while investors’ attention turned to huge gains in a new batch of “meme” stocks favored by online investors, including Wendy’s and Clover Health. The S&P 500 was nearly unchanged, while the tech-heavy Nasdaq rose 0.3%. Fastly, an internet cloud services provider, rose 10.8% after the company said it had addressed an internal problem that caused dozens of websites around the globe to go down briefly. Treasury yields fell.

Stocks swayed between small gains and losses in afternoon trading on Wall Street Tuesday while investors continue searching for direction as the economy recovers from its pandemic slump.

Those gains were kept in check by falling health care and communication stocks. Banks recovered from an earlier slide but remained weighed down as bond yields, which they rely on to charge more lucrative interest rates on loans, slipped. The yield on the 10-year Treasury fell to 1.53% from 1.57% late Monday.

The stock of Fastly, an internet cloud services provider, was 9.2% higher after the company said it had addressed an internal problem that caused dozens of websites around the globe to go down briefly, including the home page of Britain’s government and The New York Times.

‘Stuck in the summer lull’

“We’re kind of stuck in the summer lull,” said Megan Horneman, director of portfolio strategy at Verdence Capital Advisors. “Week by week we’re going to go through periods where people are waiting for the latest economic data report.”

Investors have been navigating a choppy market as they digest information on how the economy is recovering. The World Bank upgraded its outlook for global growth this year, predicting that COVID-19 vaccinations and massive government stimulus in rich countries will power the fastest worldwide expansion in nearly five decades. The 189-country anti-poverty agency forecasts that the world economy will grow 5.6% this year, up from the 4.1% it forecast in January. The global economy last year shrank 3.5%.

The upbeat forecasts for growth and greater demand from consumers have raised concerns about rising inflation. Investors have been trying to gauge whether the increase will be temporary and tied to the recovery or will run hot and become a more permanent fixture of the post-pandemic economy. The path of inflation could determine whether central banks continue to generously support economies or pull back.

The economy is still being distorted by the pandemic and its aftermath. Factories are still ramping up production, but it’s simply not quick enough to meet demand for a wide range of goods as people move past the pandemic. That has resulted in prices on everything from food to household staples rising.

Elsewhere in the market, Wendy’s jumped 24.9% as it seemingly joined a list of companies that have gained the attention of a group of highly active individual investors. Clover Health Investments soared 68.8%. Other companies that have seen their stock values soar and fall sporadically include AMC Entertainment, Blackberry and GameStop.

European markets were mixed and markets in Asia were lower.

Previous Article
CNN, NYT and other sites go down in outage
Next Article
Famous host of ‘The Bachelor’ quits after race incident