Whom are the forces targeting America’s allies & why

Cecil Beal
6 posts
Cecil has been writing professionally for the last 15 years covering diverse subjects from politics, outdoor sports, U.S. history, to firearms reviews and gun laws. He has been published by The Stream, Western Shooting Journal, Key Peninsula News, and written several articles for the NRA. 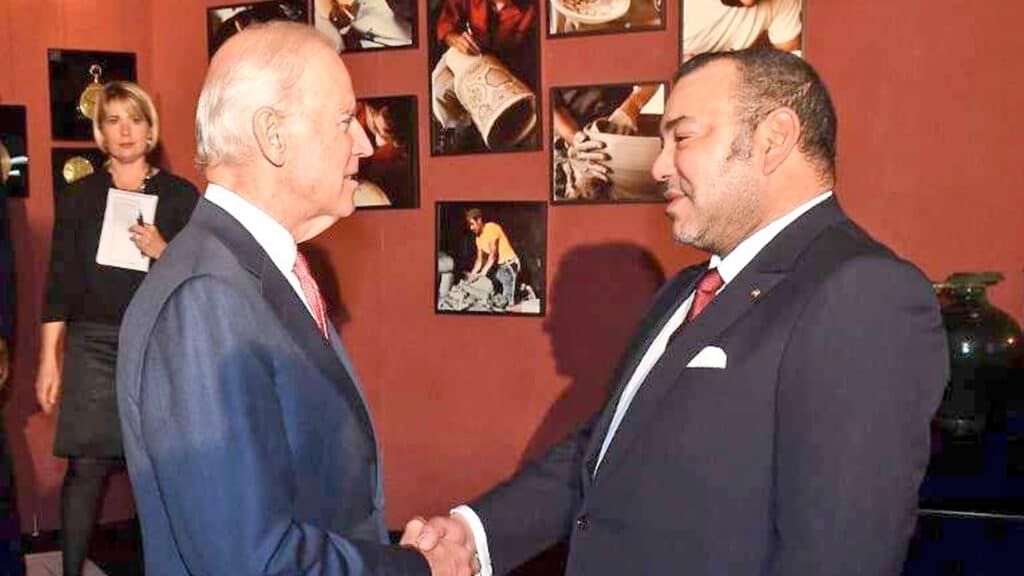 Whom are the forces targeting America’s allies & why

In politics, there are no permanent friendships or enmities, but rather interests and alliances that change with changing positions, so what do we do to protect our interests by protecting the interests of our allies?
I am talking about those countries that have chosen to trust our foreign policy and believe in our promises, and by protecting their interests, they are protecting and defending our interests.

It is not a secret that many countries allied to the United States of America, such as the Kingdom of Morocco and the Gulf states, are today targeted diplomatically, economically, and militarily by many evil forces and their proxies, especially the Iranian regime, which observers consider one of the most important poles of evil forces in the Middle East, North Africa, And the world.

But if Iran’s hostility to the interests of the United States and its allies in the Arab Gulf and the Kingdom of Morocco is a given, and it can be confirmed with arguments and evidence, then what are some European countries and Arab dictatorial regimes doing on its behalf is something that may warrant recalling and alerting to it, given the danger it poses, Not only for our interests and the interests of our allies but for being a serious threat to world peace and security.

Our relations with some of our European allies, for example, do not cancel out the existence of economic competition between us nor it negates a conflict in our visions towards many global and regional issues. We also cannot ignore the insistence of some of these friendly countries, such as France, for example, on their priority in cultural and trade relations with many of our allies in the African continent. It is an ambition that I can only consider a blow to our interests, especially when it is carried out using political tools that contradict our vision and strategy in managing our foreign relations.

The King of Morocco, a country with which the United States has a strong historical and strategic relationship, has explicitly warned that his country is being targeted because of its economic, development, and ideological choices.
In his address to his people in the summer of 2021, King Mohammed VI said:
“Those who target Morocco do not understand that the rules of international interaction have changed, and our countries have become able to manage their affairs.”

It is no secret that the words of the Moroccan monarch concealed clear accusations against all those powers that used to ask and have their demands met, and which created rivalries and border problems for their former colonies, which is what enables them today to impede the independence of these countries by their national decision, as dictated by the vital interests of these countries. Sometimes these powers deliberately barter their positions for the benefit of this or that state, and they practice pressure and exploitation of its resources and prevent it from moving towards development as required by the status of friendship between nations.

When the King of Morocco says: “Some of the countries – especially the European ones – which are unfortunately considered traditional partners, fear for their economic interests, their markets and their centers of influence in the Maghreb.” We can understand that the causes of underdevelopment, economic problems, and the emigration of thousands of African youth to France or elsewhere are mainly the result of the policies and mentality of those former colonial powers imbued with a colonial past that contradicts the slogans of freedom, equality, and brotherhood.

A friend of mine from Morocco sent me an interview with Mr. Nizar Baraka, who is the leader of the Independence Party in Morocco – one of the oldest Moroccan political parties.
After watching the interview, I felt the extent of our failure to understand the priorities of our allies and the extent to which we failed to protect their interests to the extent that we ask them to cooperate with us in various fields and issues that concern us.

I realized from the words of the Moroccan party official that Morocco is indeed a country that is being targeted by proxy by regional powers, and other international powers, who are not satisfied with Moroccan American cooperation, especially after Morocco was able to convince the international community of the seriousness and realism of its proposal for autonomy plan in the Sahara.

How can we in America be the first to value the autonomy proposal and the first to encourage the search for a peaceful and final solution to this problem, and not confront those forces that see the continuation of the problem as a source of guaranteeing their interests in the North African region?

What surprised me most about Mr. Baraka’s words, as an American who is geographically far from that region, is that one of the most important reasons for targeting Morocco is its comprehensive solution to the energy problem in Europe.

Yes, Morocco, in cooperation with Nigeria, has begun to build the longest gas pipeline in the world, which will start from Nigeria, passing through 13 African countries, all the way to Morocco and Spain.
How is it possible that we are not the first investor in this giant project? and the first to provide it with support and protection against any attempt to undermine or sabotage it?
How is it possible not to invest in such a project that will block Putin’s plans and the arm-twisting policy that he practices toward Western Europe?

I cannot find a convincing answer to justify this absence, just as I have not found any convincing reason to justify our failure to prevent Iran from expanding in the Middle East and threatening our interests and the interests of our allies there. Rather, the exact opposite is what we are doing today by sitting with Iran at the negotiating table as if its behavior in the region does not concern us.

The most important point that amazed me was the Moroccan politician’s touch on the issue of the qualitative superiority of the Kingdom of Morocco as the first world producer of phosphates and fertilizers, and how the Moroccan approach to helping African countries to confront the desertification and ensure their food security is considered by some European countries, that dominate African markets, as commercial competition. Ignoring the human dimensions of the Moroccan policy in fighting famine and besieging illegal forced migration towards Europe.
The question to be asked is:
What the United States is not doing for its allies? And not what we have presented and given to our allies?
When answering this question, we will discover that supporting the positions of our allies and fortifying their gains may be more important than economic aid that does not enrich them and does not extricate them from the cycle of conflicts fueled by the old world powers.