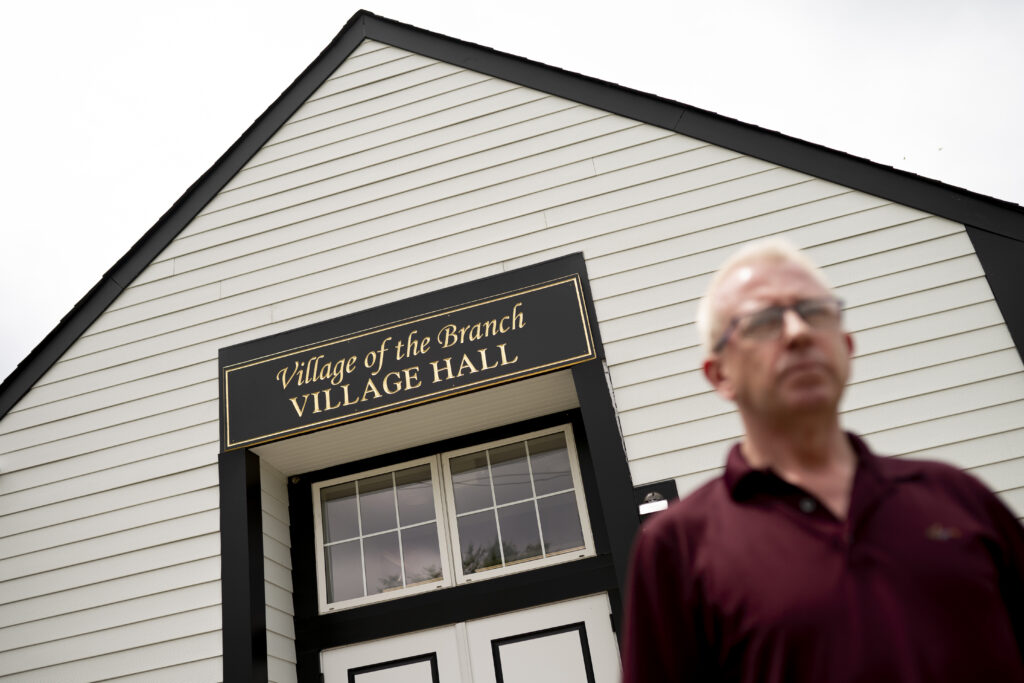 JEFFERSON CITY, Mo. (AP) — From small towns to big cities, every government across the U.S. was offered a slice of $350 billion in federal coronavirus relief funds to help shore up their finances, cover pandemic-related costs and invest in community projects.

Officials in 1,468 local governments effectively said “no,” turning away a potential total of $73 million, according to an Associated Press analysis of data compiled from every state. The declined money ranged from $177 for the one-person village of Monowi, Nebraska, to $3.9 million for DeWitt County, Texas, population about 20,000.

The city of West Alton, Missouri — a community of more than 500 at the confluence of the Mississippi and Missouri rivers — turned down a potential $106,341 in federal aid. Though the rejected amount was almost half the size of the city’s budget, there wasn’t much discussion about accepting it during a city council meeting.

“The conversation probably lasted 15 seconds. Without having really any need for it, it wasn’t something we felt like we wanted to get in the middle of,” Mayor Willie Richter said.

Other small-town mayors and village administrators provided a variety of reasons for rejecting the federal money. Some thought they had no eligible uses for it. Others didn’t want the hassle of dealing with the federal bureaucracy, or were politically opposed to the financial aid approved last year by the Democratic-led Congress and President Joe Biden.

The AP’s analysis identified 1,460 small cities, towns, villages or townships that declined a potential allocation of $61 million. That amounts to about 5% of the nation’s roughly 28,000 small local governments, but just 0.3% of the total dollars allotted for those entities. Eight counties also have forgone a total of $12 million. No states or territories declined funds.

The U.S. Treasury Department said it was pleased with the overall response to the American Rescue Plan, which marked the first time it had distributed money to such a broad swath of governments across the U.S.

The program “was born out of an understanding that the economic effect of the crisis was being felt by jurisdictions of all sizes,” said Jacob Leibenluft, the Treasury’s chief recovery officer. He added: “The vast, vast, vast majority of recipients saw a need to use these funds.”

The pandemic relief money began flowing to governments one year ago.

Data released by the Treasury show that, as of the end of 2021, a total of 1,756 states, territories and larger cities and counties had budgeted about $106 billion of the initial $208 billion they received. That money helped expand high-speed internet, assist residents with housing costs, provide aid to small businesses, shore up depleted unemployment funds and pay for public health initiatives and government services, among other things.

The Treasury hasn’t released data yet on how smaller governments used the money.

A second payment for local governments could come from the Treasury as soon as this month. But smaller governments that rejected the initial payment aren’t eligible for the second round — a source of regret among at least some local officials.

The Village of the Branch, on New York’s Long Island, probably could have used the federal aid to improve the village hall, pave streets or repair water drainage systems, Mayor Mark Delaney said. But that wasn’t clear to Delaney and other village board members when they declined the funds before New York’s decision deadline in August. At that time, the eligible uses seemed limited and the federal reporting burdensome, Delaney said.

Under a final Treasury rule issued in January, the village could have used its entire $183,149 allotment for almost any government services. But by then, the village’s share already had been reallocated among other local New York governments.

“Because you did the right thing and you responded quickly, you basically lost out on an opportunity,” Delaney said.

The Treasury Department said it worked with states and associations for local governments to simplify the application process, clarify the rules and encourage participation.

Larger governments that got paid directly by the federal government had no deadline to accept the money. Among smaller communities, some had more time to make decisions than others.

States were in charge of passing along funds to so-called “non-entitlement units” of government — generally cities with fewer than 50,000 residents. Once a state received that money, it had 30 days to distribute it. But some states requested as many as eight monthly extensions from the Treasury, pushing their deadlines into 2022.

The board of Algoma Township, Michigan, voted last July to decline its $1.3 million allotment.

“We’re very liberty-oriented, and we didn’t want to be stuck as a township with any kind of strings attached or mandates,” said township Supervisor Kevin Green, who considers the federal aid a waste.

But as Michigan kept extending the response deadline — and township officials learned that their share would be redistributed to others — Green and some of his colleagues had a change of heart. They ultimately accepted the money. Though they haven’t spent it yet, it could help offset the rising costs — due to inflation — of planned park improvements, he said.

“As conservative as we are, we’re also practical,” Green said.

Minnesota, which has a more extensive township form of government than most states, had the greatest number of governments declining to apply for the federal aid. More than 500 local governments — about one-fifth of its “non-entitlement units” — turned away a potential total of $11.8 million.

“We did everything we could to publicize this. We made a huge effort,” said Steve Fenske, general counsel of the Minnesota Association of Townships. But “we certainly don’t have full engagement. So some of them didn’t know it was going on.”

The Treasury’s online procedures posed a hurdle to some smaller governments, said Irma Esparza Diggs, senior executive and director of federal advocacy for the National League of Cities.

“If you’re unfamiliar with the federal grant process and what the reporting requirements are, the assumption is that it’s all going to be too complicated, and it’s always easier to give the funding back than to figure it out,” she said.

The chief executive of DeWitt County, located between Houston and San Antonio, said he turned down the federal aid because the county already had enough cash for its budget. He also raised concerns about the federal program.

“It seemed pretty selfish to manufacture a need to apply for federal dollars that are borrowed on the backs of the children and grandchildren of our county constituents,” DeWitt County Judge Daryl L. Fowler, a Republican, said in an email to the AP.

The upscale community of Brier, Washington — with fewer than 7,000 residents — turned down the largest amount among cities, at more than $1.9 million. The city north of Seattle has a small staff that includes a police force and public works crew. But it has no sewage treatment plant, mental health facilities, cultural centers or low-income housing.

“We just don’t have a lot of the things that ordinarily cities would have to use the funds for,” Mayor Dale Kaemingk said.

As the lone resident of the northern Nebraska village of Monowi, Elsie Eiler runs both the town tavern and town government. She didn’t want the “mess” of dealing with the federal government.

“The town is doing fine,” she said. “If it comes down to it and it needs some funds, I’ll put some in myself.”

By DAVID A. LIEB