WNBA starts season with players out for injuries 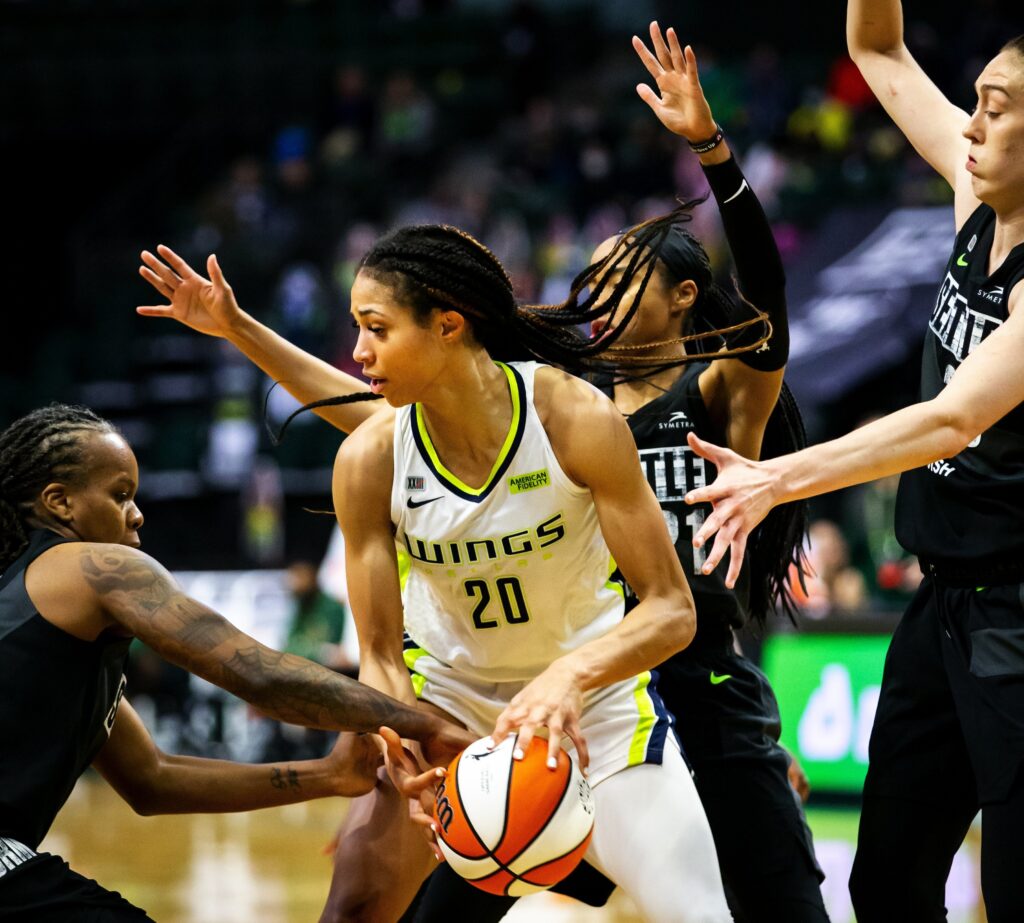 After a rash of injuries, the WNBA is scrambling to have enough players as the season begins. Some teams have gotten emergency exceptions allowing them to have only 10 players. It is not known why there have been so many injuries. The Associated Press has the story:

NEW YORK (AP) — It’s been a rough start to the WNBA season with so many stars sidelined due to injures.

Diana Taurasi, Candace Parker, Nneka Ogwumike and Natasha Howard are among those who have missed extended time.

And that list doesn’t include players who were out before the season even began, like Elena Delle Donne, Angel McCoughtry, Bria Hartley and Alyssa Thomas.

“It’s magnified when it’s some of the elite players,” said Sun coach Curt Miller, whose team moved back to No. 1 in the AP power poll this week. “We had it before the start of the season with Alyssa Thomas, (Alysha) Clark, Angel. There seemed to be a wave of injuries. It’s more magnified when you don’t have star players. It’s disappointing to see.”

Miller didn’t see any trend as to why the injuries are happening. The league’s preseason schedule was its usual length of roughly three weeks.

Taurasi hurt her sternum in a game and Parker injured her ankle in shootaround on game-day. Ogwumike and Howard suffered knee injuries during games.

With teams only carrying 11 or 12 players on their rosters, the rash of injuries have left them scrambling. Minnesota, New York, Los Angeles and a few other squads have gotten emergency hardship exceptions allowing them to have 10 players available for each game since their rosters had fallen below that number.

These hardships also take into account when a player is away from a team for other reasons, including fulfilling an overseas commitment.

1. Connecticut (8-2): The Sun had victories over Las Vegas and New York last week to move back atop the poll. Connecticut will have to survive a few weeks without 6-foot-6 Jonquel Jones, who is playing in the EuroBasket tournament.

2. Seattle (7-2): New coach Noelle Quinn’s tenure got off to a great start with wins over Indiana and Dallas before the Storm lost on a last-second shot to the Wings. Seattle had beaten Dallas two nights earlier on Jewell Loyd’s OT buzzer-beater.

3. Las Vegas (7-3): The Aces return home for three games after an east coast swing through Connecticut, New York and Washington. Liz Cambage averaged 21.3 points, 8 rebounds and a block as the team went 2-1.

4. Phoenix (5-3): The difference between a winning week and losing one was slim for the Mercury. The team swept Chicago with a near halfcourt buzzer-beater from Kia Nurse and an OT win.

5. Los Angeles (4-3): The Sparks have turned up their defense the last few games, giving up just 69 points a game in their last five contests. They are second in the league in points allowed per game (76.5), trailing only Connecticut.

5. New York (5-4): A three-game losing streak has left the Liberty searching for answers as they start a stretch four straight road games. Betnijah Laney saw her streak of 20-plus point games to start a season end at eight as she had only eights points in a loss to Connecticut.

7. Minnesota (3-4): Swept a pair of games from Atlanta last week as Kayla McBride has started to look more comfortable with her new team. McBride averaged 18 points and made nine of her 16 3-point attempts in the two wins.

8. Atlanta (4-4): After missing the first six games of the season because of COVID-19, Cheyenne Parker made her debut with the Dream against Minnesota. One of the key offseason acquisitions for Atlanta, Parker gives the team another solid post player.

9. Dallas (3-5): Arike Ogunbowale helped the Wings avoid a third close lose to Seattle with a game-winning 3-pointer on Sunday. Dallas now continues its road trip with two games in Phoenix.

10. Washington (2-5): Myisha Hines-Allen and Tina Charles are starting to get more comfortable playing with each other and that could be a big help to get the Mystics out of an early season funk.

11. Chicago (2-7): The Sky easily could have ended their seven-game skid last week, losing their three contests by a combine nine points. Allie Quigley is back from an early season injury and Candace Parker may not be far behind.

12. Indiana (1-9): The Fever finished off a dismal western road trip where they were outscored by an average of 27 points in the four losses. The schedule hasn’t been kind with nine of their first 11 contests away from home. “None of us are into consolation prizes,” Fever coach Marianne Stanley said, “but we made some good strides today in a number of categories.”

PLAYER OF THE WEEK:

Jonquel Jones of the Connecticut Sun had a solid week averaging 27 points, 10 rebounds and two blocks to help the team win both its games.

WNBA referee Isaac Barnett was schedule to officiate his first game since May 27 on Tuesday night when Dallas visits Phoenix. Chicago coach James Wade filed a complaint with the league that an official had referred to him in a derogatory manner in the Sky’s game on May 25 against Atlanta. While Barnett wasn’t specifically named by Wade, the other two officials in that contest have worked multiple games since the incident.

“We have completed our investigation and generally do not comment on discipline around officiating,” a WNBA spokesperson said.

GAME OF THE WEEK:

Sparks at Lynx, Saturday. Seimone Augustus will return to Minnesota for the first time since announcing her retirement as a player before the season started. Augustus spent the first 13 years of her career with Minnesota, helping them win four WNBA championships. She played for Los Angeles last season before retiring and becoming an assistant coach for the Sparks this year.