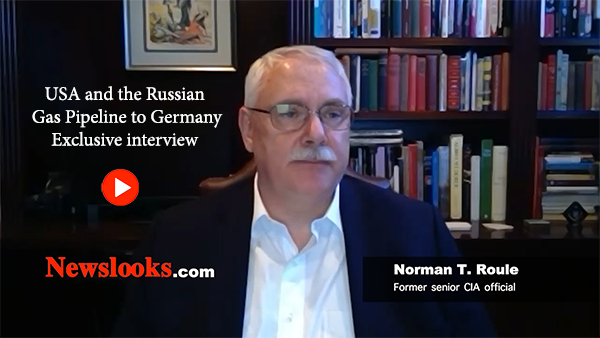 Exclusive interview with a former CIA senior official on Russian gas pipeline to the EU.

In this exclusive interview Mr. Norman Roule, a former CIA senior official is analyzing the U.S official position towards Russia’s attempts to controlling the energy market in Europe.

With the continued dependence of Europe on Russian gas, it becomes clear that the scale is strategically tilted in favor of Moscow, which often trades its political positions for its gas supply to Europe.

Our guest served for 34-years in the Central Intelligence Agency, managing significant programs relating to the Middle East.

Mr. Roule currently works as a business consultant on Middle East political, security, economic, and energy issues with an emphasis on the Gulf Cooperation Council states and Iran. He also serves as Senior Adviser to the Counter Extremism Project, United Against Nuclear Iran, the Nuclear Threat Initiative and as a member of the Advisory Board of the Arabia Foundation.

Mr. Roule is currently also a non-resident Fellow at the Belfer Center for Science and International Affairs at the Harvard Kennedy School. He is frequently asked to speak on Middle East issues and has appeared on multiple national and international TV channels. He is a frequent contributor to The Cipher Brief and has written for U.S. and international print media.