AFTER THE GAZA CEASE-FIRE, WHAT NEXT? 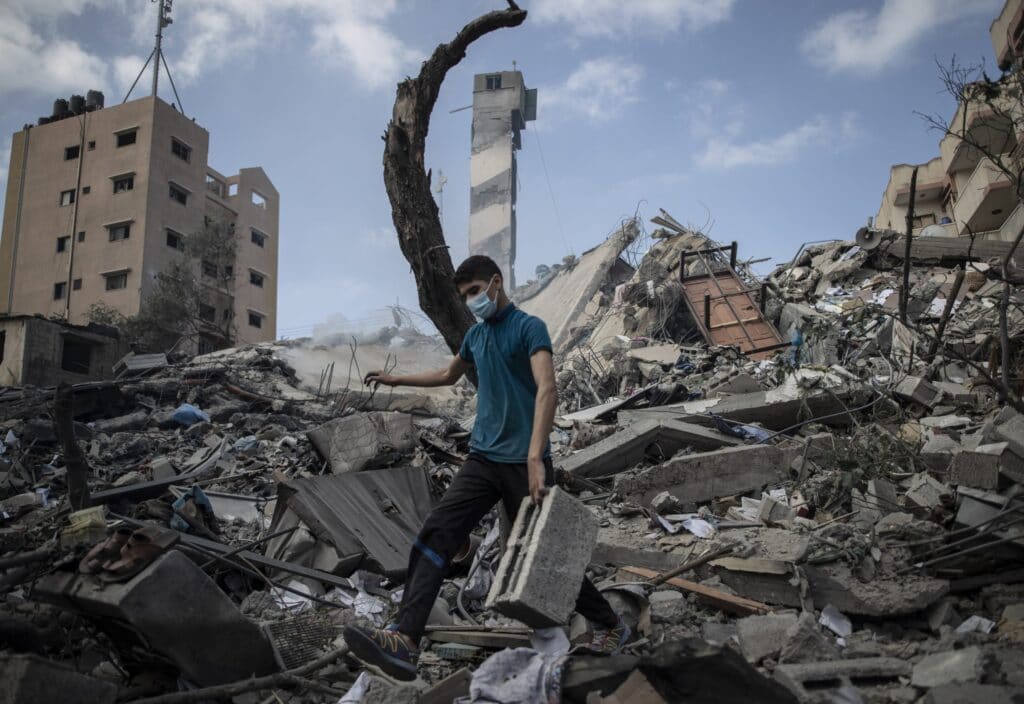 AFTER THE GAZA CEASE-FIRE, WHAT NEXT?

The Gaza cease-fire announced last night is holding, at least for today.  So right now, after the fourth major round of fighting between Hamas and Israel in the past dozen years, it is time to think out-of-the-box about next steps in the Palestinian-Israeli conflict.  That should include even counterintuitive and politically difficult measures.  So here are a few for consideration:

The destruction and suffering in Gaza, and inside Israel, are mostly the fault of Hamas. It started this latest round with unprovoked massive missile and rocket attacks against Israeli civilians, hiding behind the human shields of its own subject population.  Nevertheless, the resulting humanitarian emergency urgently calls for relief from all peaceful parties. And an Israeli contribution might also help repair the political damage to Israel’s reputation, unfair as that may be.

Therefore, in addition to moderate Arab countries, the U.S., the EU, the UN, and others, Israel should pitch in with humanitarian assistance to the innocent people of Gaza, provided only that it is not credited or diverted to Hamas.  Some Israelis will no doubt object even to such indirect funding for a hostile terrorist-controlled territory on their border.  But the fact is that Israel has been supplying most of Gaza’s water and electricity, at times uncompensated, for many years, even since Hamas took over Gaza by brute force in 2007.  Several Israeli NGOs have provided free medical, legal, and other services to Gazans all through this period.  And Israel has long allowed hundreds of cargo trucks into Gaza daily, and thousands of Gazan workers and businessmen into Israel annually.

2. Protection of the Status Quo in Jerusalem Should Be Openly Discussed with the PA:

Hamas tried to use Jerusalem and Al-Aqsa as a pretext for launching its attacks.  Instead of granting it any benefit from this false pretext, new discussions to defuse those issues should be launched among Israel, the Palestinian Authority, and Jordan.

True, PA propaganda attempted to egg on both Hamas and Jerusalem tensions during the recent crisis.  In practice, however, the PA continued to coordinate security arrangements on the West Bank.  And it is now crucial to bolster the PA politically, lest it lose even more popularity and control to Hamas. Again, this would be a highly sensitive internal political issue for Israel, especially during the current unstable period.  But the benefits for peaceful coexistence in Jerusalem, and for relations with Muslim-majority and other outside powers, should for once outweigh any short-term domestic political risks.

3. Qatar and Turkey Should be Called to Account for Backing Hamas:

It is simply absurd for these two supposed allies or partners of the U.S. to host, fund, promote, and otherwise support a movement that the U.S., the EU, and many Arab states correctly call a terrorist organization.  To be sure, the U.S. and the rest all have significant other interests at stake with these two recalcitrant partners, so a decisive rupture over Hamas alone is probably not in the cards.  Yet at a minimum, Washington should now, at long last, vehemently “name and shame” their shamelessly inflammatory propaganda and active logistical backing for Hamas terrorism.

Iran, of course, also openly supports Hamas, including by smuggling weapons designs and parts into Gaza, and much more.  That is just one additional item on a long list of Iran’s non-nuclear threats that the Biden Administration promises to confront, even as it engages in nuclear negotiations with Tehran.  But Iran, unlike Turkey or Qatar, is not a self-proclaimed friend of the U.S., or beneficiary of its protection.  So today it would finally make eminent sense to raise the Hamas issue with the latter two states – or start treating them more like the U.S. treats Iran.

Many proposals for this, ranging from two to five or even ten years, have been floated in the past, but none has borne fruit.   This time, however, there may be a better opportunity to succeed, if only because both sides may better recognize the futility of further rounds.  Moreover, without such a commitment, the required reconstruction of Gaza will certainly remain in grave jeopardy.

The key to proceeding down this slightly better path may be to make a long-term cease-fire just as unconditional as the current immediate one appears to be.  All other issues, from prisoners to economic arrangements to political conditions, should be shunted aside, in the interest of facilitating relief and reconstruction, saving lives, and stability.  A five-year term may be a realistic goal at this stage.

Related: US does not call for cease-fire between Israel and Hamas

Critics will object, correctly, that Hamas would try to use the respite to rearm, but that can be addressed, at least partially, through much stricter inspection mechanisms.  Others will say, again correctly, that Hamas will break the cease-fire whenever it chooses, but that is all the more reason to make it even clearer which side starts yet another round of fighting. And still others will ask, why accept a cease-fire with terrorists?  To which the best answer, unsatisfying as it may sound, is another question:  what is your better idea?   read More by the Author