A state of emergency calls over migrant arrivals in Arizona 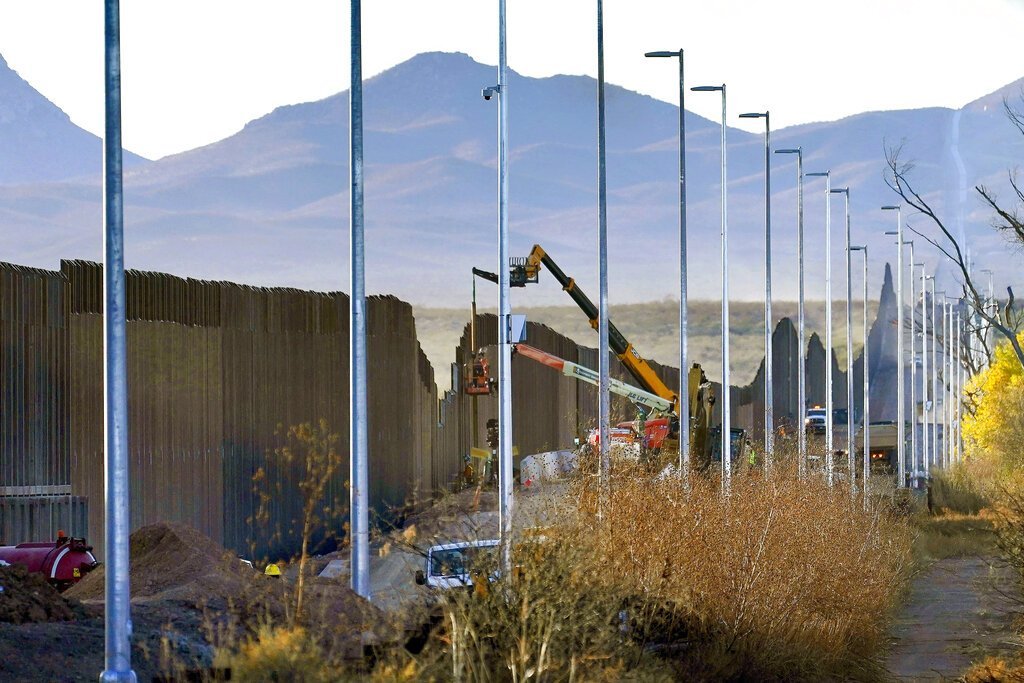 PHOENIX AP— A small town in Arizona has declared a state of emergency over migrant families being dropped there as a growing number of border communities grapple with how to get the new arrivals to shelters that can help them in bigger cities.

The situation simmering in Gila Bend and other communities near Arizona’s border with Mexico comes as much larger groups of asylum seekers and unaccompanied minors show up at bigger cities in Texas and California that have shelters where they can stay until they can travel to relatives or sponsors in the U.S.

Officials in Yuma and Tucson have said in recent days that U.S. authorities have told them that large tent-like facilities designed to help deal with the influx of new arrivals will be erected in their cities and are expected to be operating by mid-April.

Gila Bend Mayor Chris Riggs announced his emergency declaration Tuesday, saying the town does not have the resources or funds to support migrants, many who arrive with hopes of seeking asylum and making their home in America.

“I’ve got nothing here, I’ve got no shelter, nowhere to put them,” Riggs said. “Literally, they’d be sleeping at the park, and I’m not going to do that to little children.”

Gila Bend, with a population of 2,000, does not have a hospital or shelter. It is 75 miles (120 kilometers) north of the U.S.-Mexico border and about 60 miles (95 kilometers) southwest of Phoenix.

The mayor’s declaration came after federal agents on Monday dropped off 16 people, including young children, at a park in town. The group included six families, five from Venezuela and one from Chile.

“To drop people in basically the middle of nowhere, it’s 30 miles to the next type of town, and that’s 30 miles of open desert. So especially come July and August, we’re going to be finding bodies,” Riggs said.

Riggs said he and his wife had to drive the families in loaned vans to a shelter in Phoenix arranged by U.S. Sen. Kyrsten Sinema, who couldn’t find transportation for them.

The migrants being dropped off by federal authorities in remote Arizona desert towns do not include unaccompanied minors who are released and housed under a different process overseen by the U.S. Department of Health and Human Services’ Office of Refugee Resettlement. Several large facilities have been set up in Texas for migrant children who showed up there without their families.

U.S. Customs and Border Protection said in a Wednesday statement about the Gila Bend releases that the majority of migrants now encountered at the U.S.-Mexico border are being returned under an order from the Centers for Disease Control and Prevention that aims to prevent the spread of COVID-19.

“The border is not open,” the statement said.

But the agency says some migrants are being released into the U.S. based on factors including a lack of capacity in holding facilities. Customs and Border Protection says it lacks legal authority to provide transportation of people who have been processed for release. The agency says it provides advance notice to local governments before dropping off migrants.

But the numbers of both unaccompanied minors and families now showing up at the border are lower than they were in spring 2019.

Arizona’s Pima County Board of Supervisors on Wednesday said asylum-seeking families are also being dropped off in the remote border community of Ajo, near Organ Pipe Cactus National Monument. The board agreed to prepare contracts to help transport the people to the main migrant shelter in Tucson where they can stay temporarily and be tested for COVID-19.

An overall cost for transportation was not discussed, but Pima County officials said they would seek reimbursement from the Federal Emergency Management Agency, or FEMA.

Customs and Border Protection over the past month has also released hundreds of asylum seekers in the border city of Yuma, which has no shelter or nonprofit groups to help migrants arrange travel to relatives elsewhere in the U.S. to await their court dates. Mayor Douglas Nicholls has been pushing federal officials for a solution.

In the border city of Nogales, Mayor Arturo Garino has said there has been no increase in asylum seekers. But he shares the concerns of mayors of other border cities that if it does happen, the city would not have funds to deal with the situation.