The ONE World Campaign is calling for a global response to the COVID-19 pandemic. It features stars lending their voices in an animated series called “Pandemica.” The Associated Press has the story:

LOS ANGELES (AP) — Bono, Penélope Cruz and David Oyelowo will lend their voices in an animated series to raise awareness about the importance of global vaccine access.

The ONE Campaign announced Wednesday the new series called “Pandemica,” which will launch Thursday. The series was created to bring attention to global vaccine access in an effort to end the COVID-19 pandemic.

“Pandemica’s animated world animates a simple truth — that where you live shouldn’t determine whether you get these life-saving shots,” said Bono, U2’s lead singer and co-founder of ONE, an organization focused on global health and anti-poverty. The series is part of ONE’s ONE World Campaign, which calls for a global response to the COVID-19 pandemic.

“Even while many of us still wait our turn, we need to commit to making sure that billions of people around the world aren’t left at the back of the line,” he continued. “It’s the right thing to do, obviously, but it’s also the only way out of this pandemic for all of us. If the vaccine isn’t everywhere, this pandemic isn’t going anywhere.”

Cruz said she wants everyone who watches the animated series to “use their voice and take action” to ensure that no one gets left behind.

“Pandemica is a compelling illustration of the inequality around the world,” Cruz said.

All episodes will be available Thursday at ONE’s website and the campaign’s YouTube channel. The episodes will be released in several countries including the United States, Canada, Nigeria, South Africa, Senegal, France, Germany, Spain, Italy and the Netherlands.

“We’re all trapped in Pandemica, but only some can get out,” Oyelowo said about the series. “This virus thrives on inequality, and right now billions of people around the world are seeing the promise of a vaccine, but not the opportunity to receive it. We must step up and do what it takes to end this pandemic for everyone, everywhere.” 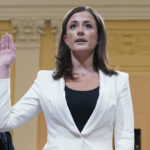 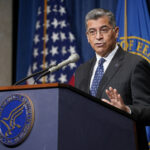