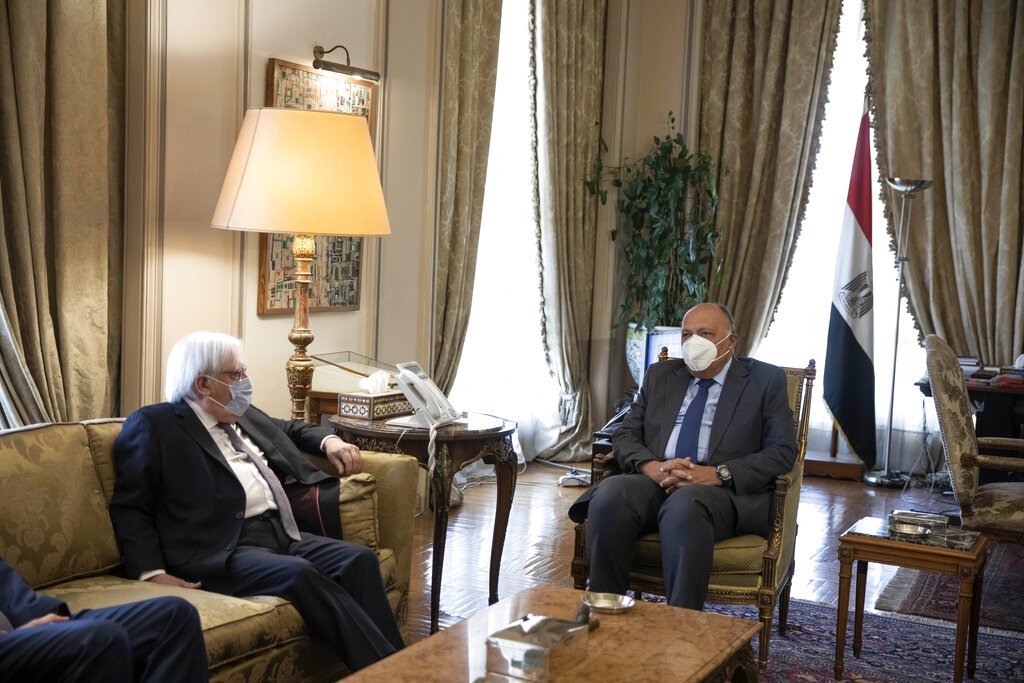 The State Department issued a statement lambasting the Iran-backed Houthi rebels in Yemen for refusing to meet with a U.N. official to discuss ending the conflict in that country. Although the administration removed them from the U.S. list of “foreign terrorist organizations” in February, their attacks have increased. The Associated Press has the story:

WASHINGTON (AP) — The Biden administration lashed out at Yemen’s Iran-backed Houthi rebels on Friday for refusing to meet with a senior U.N. official to discuss ending the country’s devastating conflict and speeding humanitarian relief to suffering civilians.

The State Department said in a statement that the Houthis had “passed up a major opportunity” by rejecting a recent offer to speak with U.N. special envoy Martin Griffiths in Oman. Griffiths had been traveling in the Middle East earlier this week and was accompanied for part of the time by U.S. envoy Timothy Lenderking, other senior administration officials and members of Congress.

The department said other parties to the conflict, including the internationally recognized government of Yemen, are ready to discuss a peace proposal. It said the Houthis should immediately engage with Griffiths to consider the peace plan, calling it “a fair deal on the table that will bring immediate relief to the Yemeni people.”

The department said the Houthi position was making what is already the world’s most dire humanitarian crisis even worse, particularly in Yemen’s Marib region where they are currently conducting an offensive.

“Contradictory to their pronouncements regarding the humanitarian situation in Yemen, the Houthis worsen it by continuing to attack Marib and exacerbating dire conditions for already vulnerable, internally displaced Yemenis,” the statement said. “With the growing international consensus and momentum toward ending the conflict in Yemen without further delay, all parties must engage with the UN Special Envoy and address the proposal that is on the table, for the sake of the Yemeni people.”

The statement was the latest in a series of Biden administration rebukes against the Houthis, who have intensified their attacks in recent months despite the administration removing them from the U.S. list of “foreign terrorist organizations” in February. That move reversed the Trump administration’s designation of the Houthis in January and was aimed at improving humanitarian relief distribution to Yemeni civilians.

The conflict in Yemen began with the 2014 takeover of the capital of Sanaa by the rebel Houthis. A Saudi-led coalition allied with Yemen’s exiled government has been fighting the rebels since March 2015. The conflict has killed over 100,000 people and pushed the Arab world’s poorest country to the brink of famine.