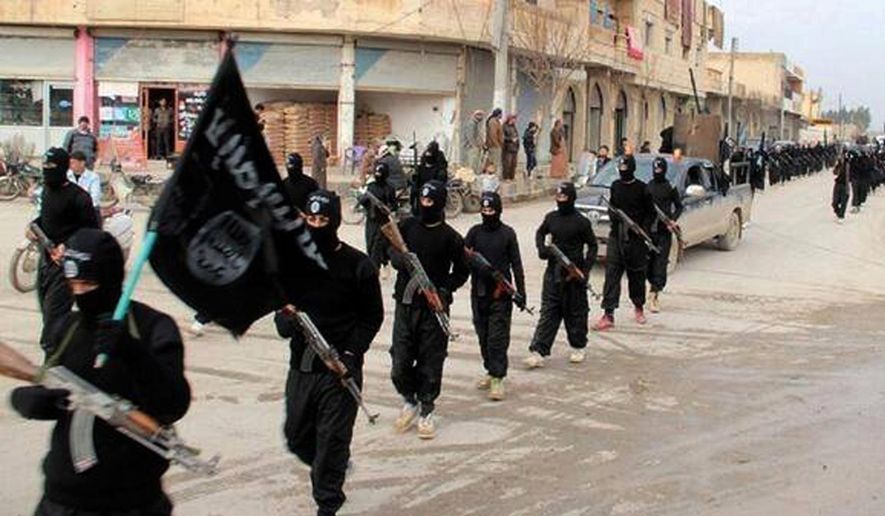 A young man and his wife who have expressed an interest in committing terrorist attacks against the U.S. were apprehended and arrested trying to board a cargo ship in New Jersey headed for Yemen. James Bradley and Arwa Muthana were taken into custody on the gangplank at Port Newark–Elizabeth Marine Terminal. The Associated Press has the story:

NEW YORK (AP) — A newlywed husband and wife intent on fighting for the Islamic State group were arrested Thursday at a port near New York City as they attempted to board a cargo ship that an undercover law enforcement officer said would take them to Yemen, prosecutors said.

James Bradley, 20, and Arwa Muthana, 29, were taken into custody on the gangplank at Port Newark–Elizabeth Marine Terminal in New Jersey, prosecutors said. They were charged in federal court in Manhattan with attempting and conspiring to provide material support to a designated foreign terrorist organization.

Bradley and Muthana made an initial court appearance Thursday and were ordered jailed without bail. Messages seeking comment were left with their lawyers.

Manhattan U.S. Attorney Audrey Strauss said in a statement that the couple’s “plans to wage attacks against the United States have been thwarted.”

Bradley, of the Bronx, spent more than a year expressing support for IS and speaking of his desire to join the group overseas or commit a terrorist attack in the U.S., prosecutors said. He also went by the name “Abdullah” and sought transit to the Middle East by cargo ship because he feared he might have been on a terrorist watch list, prosecutors said.

Bradley had previously spoken to the undercover officer who led him to the ship about potentially attacking the United States Military Academy at West Point, New York, prosecutors said. He also had what appeared to be a hand-drawn image of what prosecutors said was a jihadi flag in his bedroom.

Muthana, of Alabama, has also expressed support for IS and discussed with Bradley plans to travel together to the Middle East to fight on behalf of the group, prosecutors said. After her arrest, she waived her right to remain silent and said that she was willing to fight and kill Americans if it was for Allah, prosecutors said.

A U.S.-led coalition captured the last of the territory held by the Islamic State group about two years ago, ending its self-declared caliphate that covered large parts of Iraq and Syria. Since then, remaining IS militants have gone underground in the Syrian-Iraqi border region, continuing an insurgency.

Bradley told that officer that he and Muthana planned to be “fighting” upon arrival in Yemen and that he’d had a dream that he had given an oath of allegiance to IS leader Abu Ibrahim al-Hashimi al-Qurayshi prosecutors said.

He also said that he planned to throw his identification and passport “in the water” during the trip so that if he were to get arrested the authorities wouldn’t know who he was, prosecutors said. Muthana and Bradley were married in January.