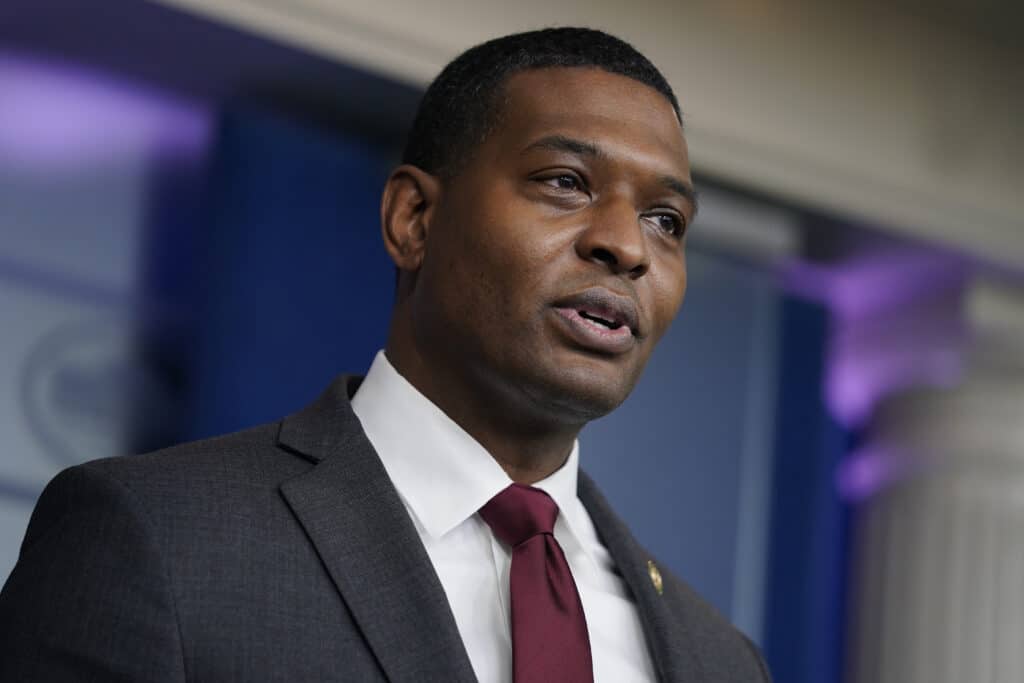 The Biden administration is taking legal action to reverse the WOTUS rule implemented by former President Donald Trump. The “waters of the United States” rule limited the number of waterways qualifying for federal protection, in order to address complaints by builders, oil and gas developers, farmers and others. The Associated Press has the story:

WASHINGTON (AP) — The Biden administration began legal action Wednesday to repeal a Trump-era rule that ended federal protections for hundreds of thousands of small streams, wetlands and other waterways, leaving them more vulnerable to pollution from development, industry and farms.

The rule — sometimes referred to as “waters of the United States” or WOTUS — narrowed the types of waterways that qualify for federal protection under the Clean Water Act. It was one of hundreds of rollbacks of environmental and public health regulations under President Donald Trump, who said the rules imposed unnecessary burdens on business.

The Trump-era rule, finalized last year, was long sought by builders, oil and gas developers, farmers and others who complained about federal overreach that they said stretched into gullies, creeks and ravines on farmland and other private property.

Environmental groups and public health advocates said the rollback approved under Trump has allowed businesses to dump pollutants into unprotected waterways and fill in some wetlands, threatening public water supplies downstream and harming wildlife and habitat. The Trump-era rule resulted in a 25% reduction in the number of streams and wetlands that are afforded federal protection, said Jaime Pinkham, acting assistant Army secretary for civil works.

The water rule has been a point of contention for decades. The Environmental Protection Agency administrator, Michael Regan, has pledged to issue a new rule that protects water quality while not overly burdening small farmers.

President Joe Biden ordered a review of the Trump rule as part of a broader executive action on climate change during his first week in office. Wednesday’s legal filing by the Justice Department begins that process as the EPA and Department of the Army formally request repeal of the Trump-era rule.

“Today’s action reflects the agencies’ intent to initiate a new rulemaking process that restores the protections in place prior to the 2015 WOTUS implementation, and anticipates developing a new rule” that defines what waters are considered to be under federal jurisdiction, the EPA said in a statement.

“We are committed to establishing a durable definition of ‘waters of the United States’ based on Supreme Court precedent and drawing from the lessons learned from the current and previous regulations, as well as input from a wide array of stakeholders, so we can better protect our nation’s waters, foster economic growth and support thriving communities,” Regan said.

The Army and EPA “will develop a rule that is informed by our technical expertise, is straightforward to implement by our agencies …. and is shaped by the lived experience of local communities,” Pinkham said.

A review conducted by the Biden administration determined that the Trump rule is significantly reducing clean water protections, particularly in arid states such as New Mexico and Arizona, where a large number of streams now lack federal jurisdiction. At least 333 projects that would have required Clean Water Act permits no longer need federal approval, the agencies said.

Kevin Minoli, a former career lawyer for the EPA, said the Biden team faces a similar challenge to the Obama and Trump administrations. “Now, the question becomes, ‘Can they write a definition that will last beyond their time in office?’ ” he said.