Bruce Springsteen back on Broadway 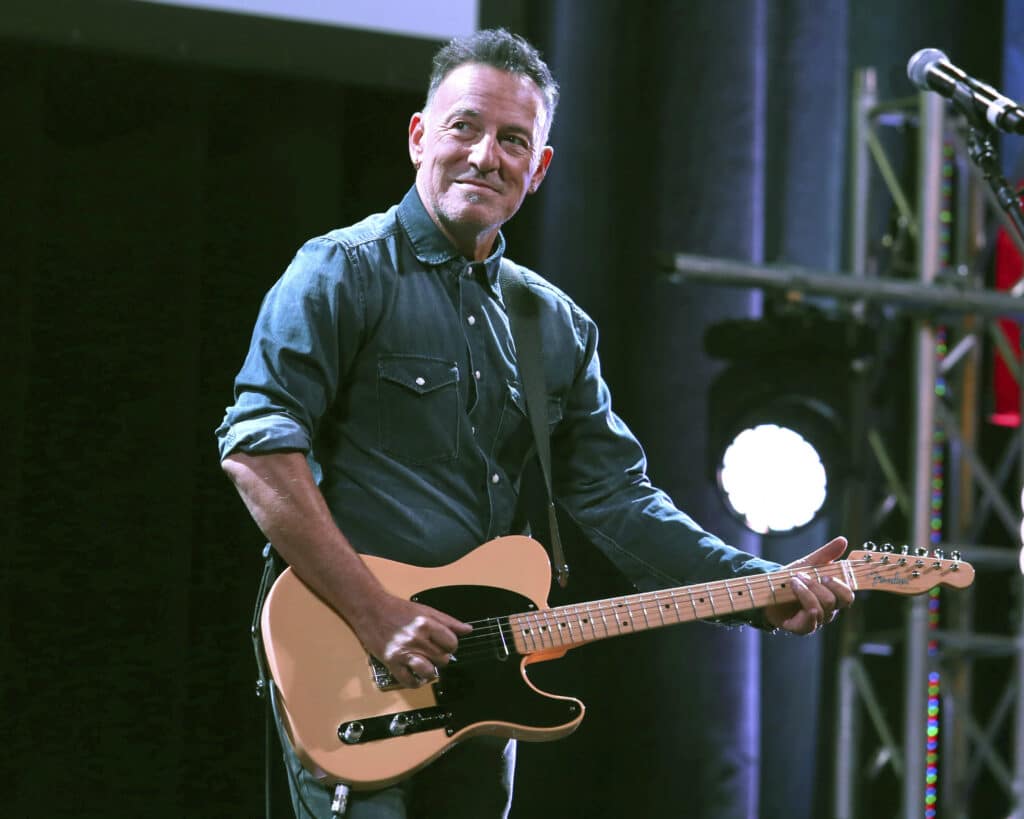 This summer, rock star Bruce Springsteen returns to Broadway with his show “Springsteen on Broadway.” During the show, he performs 15 songs and tells stories about growing up in New Jersey. The Associated Press has the story:

The Boss returns to Broadway

Bruce Springsteen will return to Broadway this summer for a limited run of his one-man show “Springsteen on Broadway.” Performances at the St. James Theatre begin June 26 with an end date set — at least for now — for Sept. 4.

“I loved doing ‘Springsteen on Broadway’ and I’m thrilled to have been asked to reprise the show as part of the reopening of Broadway,” the rocker said in a statement.

In the show, Springsteen performs 15 songs — including “My Hometown,” “Thunder Road,” and “Born in the USA” — and tells stories about growing up in New Jersey. Some of the stories will be familiar to readers of his autobiography, and he even reads from it. His wife, Patti Scialfa, accompanies him for “Brilliant Disguise.”

Audience members will be required to provide proof of full COVID-19 vaccination in order to enter the theater.