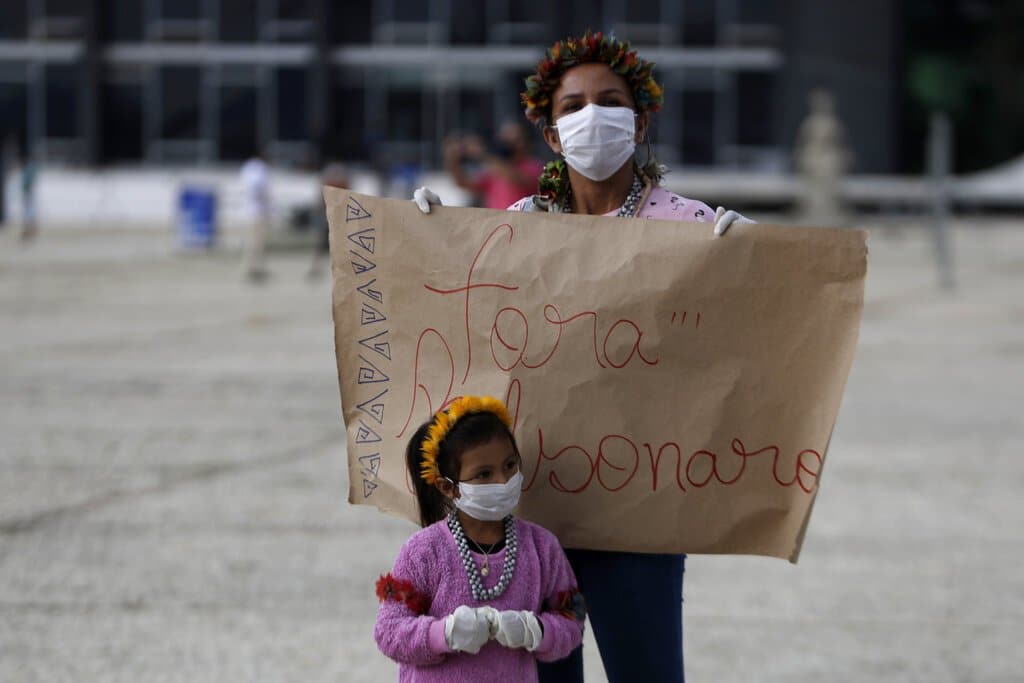 The Biden administration has been leading a summit to attack climate change, which could result in an environment agreement with Brazilian President Jair Bolsonaro. However, Bolsonaro has been under criticism for siding with powerful agribusiness interests, resulting in deforestation of the Amazon. Now Hollywood stars Leonardo DiCaprio, Jane Fonda and Joaquin Phoenix are speaking out against it. The Associated Press has the story:

The open letter signed by the artists comes just days Bolsonaro joins dozens of other foreign leaders at a U.S.-led summit to tackle the climate crisis, which will be held online. The U.S. and Brazil have been holding bilateral talks since February, and Bolsonaro’s environment minister has been outspoken about his desire for U.S. financial support for Amazon preservation.

Artists said they sided with Indigenous peoples and civil society groups that have expressed concern about a possible deal with Brazil’s conservative leader. The letter was supported by several non-profit groups, including AmazonWatch.

“We urge your Administration to hear their call and not commit to any agreements with Brazil at this time,” the letter read. “The integrity of this critical ecosystem is nearing a tipping point due to increasing threats to the rainforest and its Indigenous guardians by the Bolsonaro Administration, including deforestation, fires and attacks on human rights.”

Since taking office in January 2019, Bolsonaro has sided with powerful agribusiness interests, attacked environmental activists and aligned foreign policy with former President Donald Trump. Meanwhile, deforestation in the Amazon, the world’s largest rainforest, has surged toward its worst level since 2008.

The press office of Vice President Hamilton Mourão confirmed on Tuesday that deforestation in March had decimated over 360 square kilometers (138 square miles) of forest, up 12% compared to March 2020, and the highest in at least five years.

Since Biden’s inauguration, his administration has made gestures seeking to convey it could be an trusted environmental partner.

Brazil is seeking $1 billion in foreign funding to support efforts to reduce deforestation by 30% to 40% in one year, environment minister Ricardo Salles recently said. While Brazil says it needs funding in order to show any improvements in the Amazon, critics have urged Biden not to give any money without results.

Bolsonaro wrote a letter to Biden earlier this month in which he said support from the U.S. government and private sector would be welcome, but without establishing a dollar-figure amount.

On April 16, Biden’s special climate envoy, John Kerry, said on Twitter that he was looking forward “to immediate actions and engagement with indigenous populations and civil society so this announcement can deliver tangible results.”

This isn’t the first time artists have clashed with Bolsonaro over his management of the Amazon rainforest. In 2019, DiCaprio’s environmental organization Earth Alliance pledged $5 million to help protect the Amazon after a surge in fires that year. Bolsonaro later said, without presenting any evidence, that DiCaprio had funded nonprofit groups that he claimed were partly responsible for setting fires.

The 35 stars who signed the letter join others who have opposed any deal with Brazil’s leader. More than a dozen Senate Democrats sent a letter to President Biden last week urging him to condition any support for Amazon preservation on significant progress reducing deforestation. The Senators cited Bolsonaro’s woeful environmental track record.

The signatories of Tuesday’s letter also included Brazilian celebrities such as singers Gilberto Gil and Caetano Veloso, as well as the star of Netflix series Narcos, Wagner Moura.

“We share your concerns that urgent action must be taken to address threats to the Amazon, our climate, and human rights,” the letter read. “But a deal with Bolsonaro is not the solution.”

Previous Article
Chicken Soup for the Soul reaching out to kids
Next Article
Sikh community in the U.S. traumatized by another shooting