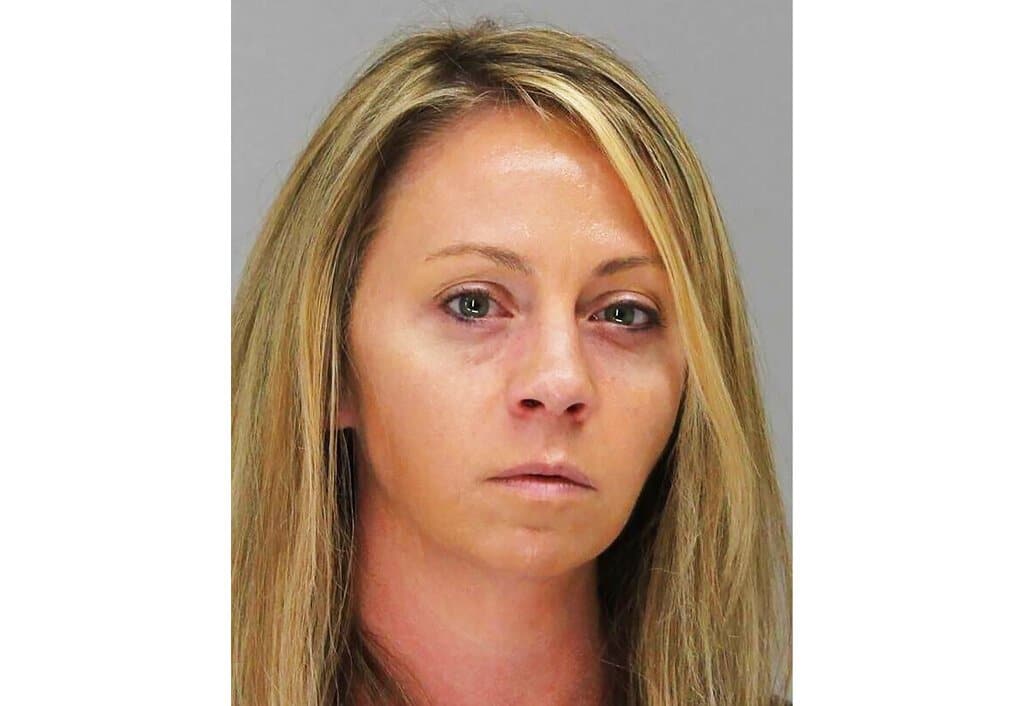 Former Dallas Police Officer Amber Guyger, the cop who killed her black neighbor, has appealed her 10-year prison sentence. She said she mistakenly entered his apartment, thinking it was hers, and shot him because she thought he was an intruder. The Associated Press has the story:

DALLAS (AP) — A panel of three Texas appeals court judges appeared skeptical Tuesday of arguments to overturn the conviction of a former Dallas police officer who was sentenced to prison for fatally shooting her neighbor in his home.

An attorney for Amber Guyger clashed with a Dallas County prosecutor over whether the evidence was sufficient to prove that her 2018 shooting of Botham Jean was murder.

The hearing examined a Dallas County jury’s 2019 decision to sentence Guyger to 10 years in prison for murder. It follows the recent conviction of a former Minneapolis police officer who was found guilty of murdering George Floyd, again focusing national attention on police killings and racial injustice.

Guyger, 32, did not appear in court Tuesday and the panel seemed to doubt the arguments presented by her lawyer. The judges will hand down a decision at an unspecified later date.

More than two years before Floyd’s death set off protests across the country, Guyger’s killing of Jean drew national attention because of the strange circumstances and because it was one in a string of shootings of Black men by white police officers.

The basic facts of the case are not in dispute. Guyger, returning home from a long shift, mistook Jean’s apartment for her own, which was on the floor directly below his. Finding the door ajar, she entered and shot him, later testifying that she through he was a burglar.

Jean, a 26-year-old accountant, had been eating a bowl of ice cream before Guyger shot him. She was later fired from the Dallas Police Department.

Guyger’s appeal hangs on the contention that her mistaking Jean’s apartment for her own was reasonable and, therefore, so too was the shooting. Her lawyer has asked the appeals court to acquit her of murder or to substitute in a conviction for criminally negligent homicide, which carries a lesser sentence.

Attorney Michael Mowla insisted Tuesday that Guyger did not have “evil intent.”

A Dallas County prosecutor countered that her error was not reasonable and that she acknowledged intending to kill Jean.

“Murder is a result-oriented offense,” prosecutors wrote in a filing.

The judges appeared dubious of Mowla’s arguments, peppering him with questions and suggesting he was erroneously blending self-defense and mistake-of-fact claims.

Judge says one of her defenses actually supports the conviction

At one point, Chief Justice Robert Burns told Mowla that a precedent he raised in Guyger’s defense actually supported her conviction. Another judge praised the style of prosecutors’ written argument, calling it “pleasing on the eyes.”

”I know everyone has a right of appeal, and I believe she’s utilizing that right,” Jean said. “But on the other hand, there is one person who cannot utilize any more rights because she took him away.

“So having gotten 10 years, only 10, for killing someone who was in the prime of his life and doing no wrong in the comfort of his home, I believe that she ought to accept, take accountability for it and move on,” she said.

Guyger could have been sentenced to up to life in prison or as little as two years. Prosecutors had requested a 28-year sentence — Botham Jean would have been 28 if he were still alive during the trial.

Under her current sentence, Guyger will become eligible for parole in 2024, according to state prison records.

Following the trial, two members of the jury said the diverse panel tried to consider what the victim would have wanted when they settled on a 10-year prison sentence.

Jean — who went by “Bo” — sang in a church choir in Dallas and grew up in a devout family on the island nation of St. Lucia. After sentencing, Brandt Jean embraced Guyger in court and told her his older brother would have wanted her to turn her life over to Christ. He said if she asked God for forgiveness, she would get it.