Coworkers: Man charged in Capitol riot had a Hitler mustache 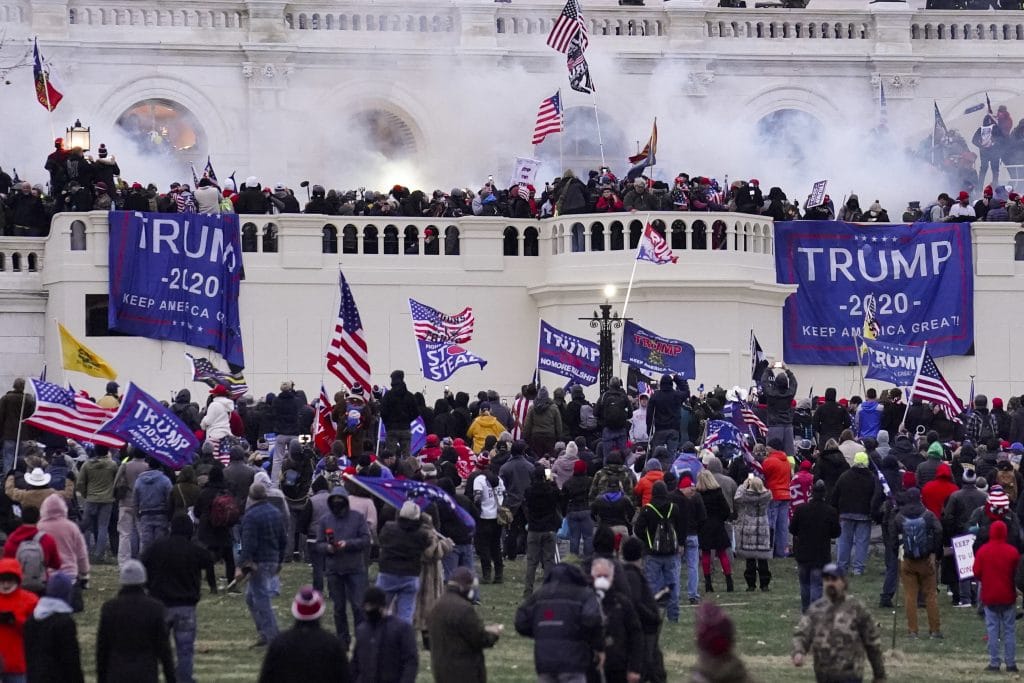 WASHINGTON (AP) — An Army reservist charged with taking part in the attack on the U.S. Capitol was known as a Nazi sympathizer who wore a Hitler mustache, coworkers told federal investigators.

Timothy Hale-Cusanelli, 30, was employed as a security contractor at a Navy base when he was alleged to have breached the Capitol on Jan. 6, authorities said.

The filing included photos from Hale-Cusanelli’s cellphone of him with a Hitler mustache, along with pro-Nazi cartoons.

One Navy seaman said that Hale-Cusanelli told him “he would kill all the Jews and eat them for breakfast, lunch, and dinner, and he wouldn’t need to season them because the salt from their tears would make it flavorful enough.”

Prosecutors argued in the filing that Hale-Cusanelli is a danger to the public and should remain jailed while he awaits trial.

Jonathan Zucker, Hale-Cusanelli’s attorney, wrote in a filing that there was no evidence his client belongs to any white supremacist organizations.

Authorities said Hale-Cusanelli made videos of himself screaming at Capitol Police officers, climbing a scaffolding to enter the building through doors kicked open by rioters, and chanting “Stop the steal!” Some of those videos were posted to social media.

Hale-Cusanelli has since been discharged from the Army Reserve and barred from the Navy base, according to the filing.