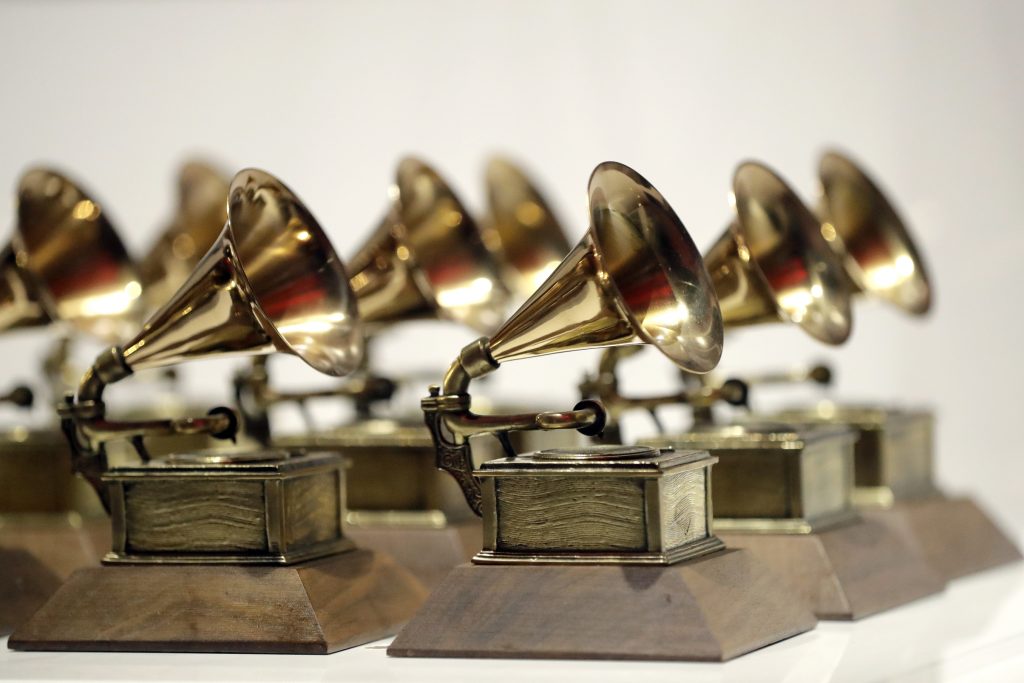 LOS ANGELES (AP) — The Latest on the Grammy Awards (all times local):

Brandi Carlile is excited to perform at Sunday’s Grammy Awards, even if there isn’t an audience. She says she’s really only performing for one person — the late singer-songwriter John Prine.

“I think that in the past performing in front of an audience is the only thing that matters to me,” Carlile tells The Associated Press. “But this time I’m just performing for John Prine. It’s just for John, and I know he’s there.”

Carlile spoke to the AP this week and addressed how different it feels to be playing live music again after a year of the pandemic. She says “it feels good to be dressed up and to be sparkling.”

She said that after being a performer for her entire adult life, the lockdown has given her a chance to stop. Even if she is ready to get back to rhythm of touring.

“I’m kind of a born entertainer, you know, that’s who I am. But I always wondered what would happen if I stopped for long enough to kind of look inward,” Carlile says. “I’m really happy with what did happen, but I’m ready to get back on the road again.”

Country star Mickey Guyton says her performance Sunday night on the Grammy Awards will be “a moment for Black people in country music.”

Guyton, a first-time nominee and first-time performer, is the first solo Black female artist to be nominated in a country category at the Grammys, following in the footsteps of the Pointer Sisters who have won a country Grammy Award.

“My life changed once I started running towards everything that made me different,” Guyton told The Associated Press during interviews backstage prior to the show. “They say country music is three chords and the truth. So I started writing my truth as a Black woman, singing country music and my experiences in my life. And one of those first songs was ‘Black Like Me.'”

She said that stepping on that stage is not only important to her, but all those communities that have felt marginalized in country music.

“I realize that not only am I walking through those doors as a Black woman, I need to hold the door open for many other Black, brown, LBGTQA plus artists that have the same dreams,” says Guyton.

Justin Bieber is a Grammy winner in the country genre for his “10,000 Hours” collaboration with Dan + Shay.

Dan + Shay accepted the best country duo/group performance Grammy virtually. Bieber did not appear during the Grammys Premiere Ceremony, where the majority of Sunday’s awards are bestowed.

It is Bieber’s second Grammy. He previously won for best dance recording for “Where Are U Now” with Diplo and Skrillex.

Prine died last year at the age of 73 of complications due to COVID-19. His wife, Fiona Whelan, told reporters during a virtual press conference on Sunday that the song spoke to the importance of memories and really connected with people this past year.

“John had a way of pointing out the most simple everyday things that sometimes we overlook,” said Whelan.

Megan Thee Stallion has won a Grammy for “Savage,” her collaboration with Beyoncé.

She excitedly screamed for several seconds and rushed to compose herself while accepting the award virtually during the Grammys’ Premiere Ceremony.

She thanked God, her grandmother and her mother for pushing her, then turning her gratitude toward Queen Bey.

She said: “I still can’t even believe this,” as she struggled to keep her composure.

Megan Thee Stallion is among the performers on the main Grammys show that airs at 8 p.m. Eastern on CBS.

The win brings Beyoncé one step closer to becoming the most decorated woman in Grammys history.

The late jazz pianist Chick Corea won two Grammys Sunday only about a month after his death.

Corea won the trophy for best improvised jazz solo and moments later won for best jazz instrumental album, which he shared with Christian McBride & Brian Blade. The wins for “All Blues” and “Trilogy 2” means Corea has a staggering 25 Grammys.

His widow, Gayle Moran, accepted both awards virtually. “His mission in life was to keep the music fires burning bright,” she said through tears.

Corea, who died at 79 on Feb. 9 of a rare form of cancer, was not the only artist who won a posthumous Grammy. John Prine also won two.

Billie Eilish and her producer brother, Finneas, have won a Grammy for their song “No Time to Die” from the pandemic-delayed James Bond film.

Eilish says “It was a dream to make this song, to work on this.” As for Finneas, he said: “I feel very lucky to be your brother.”

The award was announced during the Grammys’ Premiere Ceremony, which hands out the majority of the awards ahead of the main telecast at 8 p.m. Eastern.

“Jojo Rabbit” and the “Joker” soundtrack also won Grammys in the segment of the show that awarded music created for visual media.

“Jojo Rabbit” director Taika Waititi accepted the award virtually from what appeared to be a trailer. He said he was working on a film set. He joked, “I guess they’re just giving Grammys to anyone now. I’ll take it.”

Beyoncé — and her 9-year-old daughter Blue Ivy — have won the Grammy Award for best music video.

Blue Ivy is the second youngest winner of a Grammy behind Leah Peasell, who was 8 when The Peasall Sisters won album of the year at the 2002 show for their appearance on “O Brother, Where Art Thou?” soundtrack.

Neither Beyoncé or Blue Ivy were on the virtual Premiere Ceremony where the award was announced.

The win brings Beyoncé a step closer to becoming the most decorated woman in Grammy history. Beyoncé won her 25th Grammy on Sunday, hours before the official awards show begins at 8 p.m. Eastern.

With 27 wins, Alison Krauss holds the title for most Grammys for a female artist.

It could be a night for the history books for Taylor Swift and Beyoncé at Sunday’s Grammy Awards.

Beyoncé has never won album of the year throughout her career — she’s not up for the honor this year because she didn’t release a project during the eligibility period — but she is the most nominated act.

Trevor Noah will host the show, which airs at 8 p.m. Eastern on CBS and Paramount+. The Grammys were originally scheduled for Jan. 31 but were pushed back because of the coronavirus pandemic.