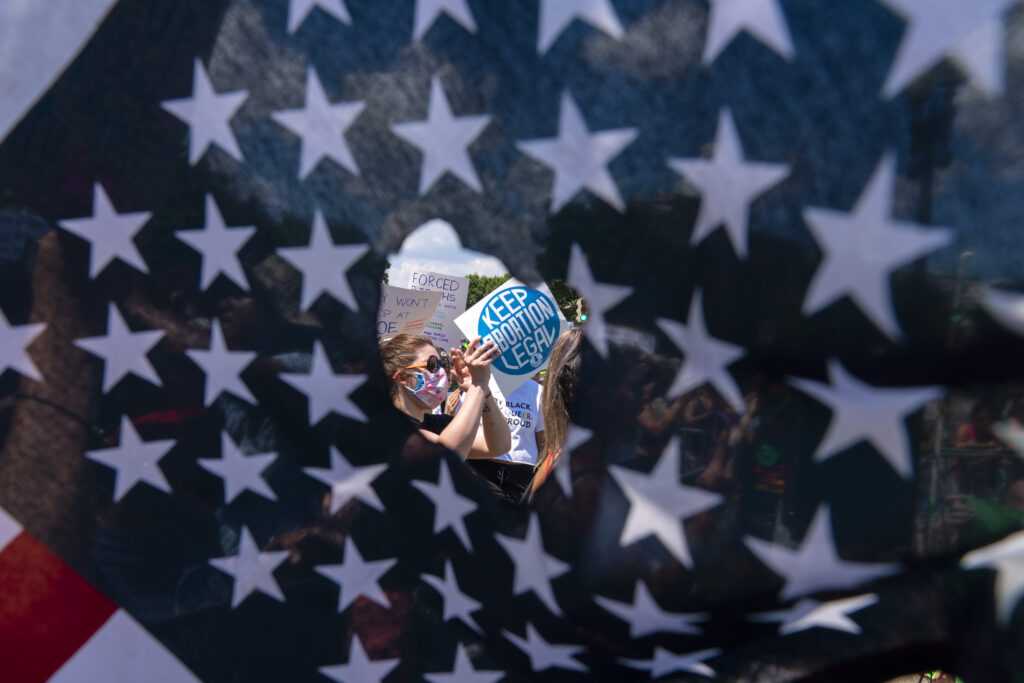 It is a funny thing that the Dems want the GOP to prove they care about mothers, the Democratic party since Roe v. Wade became the law of the land have proven they are the ones who do not care about mothers, rather only how many human lives they can exterminate. The fallout from Friday’s ruling could add to the uncertainty in political races because abortion is also an economic issue for many people, who have the lack of planning to avoid the need to have an abortion in the first place. As reported by the AP:

Democrats suggest their rivals are eleventh-hour converts post Roe v. Wade overturn, who would offer half-measures at best and voters should judge them accordingly

The Supreme Court’s decision to overturn Roe v. Wade‘s constitutional protections for abortion rights set off a contest between Democrats and Republicans going into the midterm elections over whose policies would do more to help vulnerable mothers and children.

Sen. Rick Scott, R-Fla., who heads the Republican campaign committee in the Senate, said GOP lawmakers now have the responsibility to “do everything in our power to meet the needs of struggling women and their families so they can choose life.”

It’s a recognition that, even with a focus on inflation and high gas prices that have vexed Democrats and President Joe Biden and Democrats, the culturally sensitive issue could complicate the expectations of a GOP takeover of Congress.

The fallout from Friday’s ruling could add to the uncertainty in political races because abortion is also an economic issue for many people. Treasury Secretary Janet Yellen last month said a repeal “would have very damaging effects on the economy and would set women back decades.”

Democrats suggest their rivals are eleventh-hour converts who would offer half-measures at best and voters should judge them accordingly.

“It’s pretty cynical to say you want to do it now,” said Rep. Suzan DelBene, D-Wash. “If it’s a priority, it should have always been a priority and actions really speak louder than words.”

GOP leaders have generally opposed Biden’s expansion of the child tax credit — saying it would discourage people from working despite evidence to the contrary. Congressional Republicans said the Democrats’ paid family leave plan — which would put the U.S. on par with other wealthy nations — could limit choices for families and crush small businesses. In 2017, House Republicans voted to repeal “Obamacare” and replace it with measures that could have made maternity care optional.

An Associated Press analysis earlier this year found that states with the strictest abortion laws — often led by Republicans — generally provide far less support to parents and children, usually leading to more poverty and worse health outcomes. In response to AP’s findings, many conservative state lawmakers said women can give their newborns up for adoption and said they would support funding increases for foster-care programs.

Staffers for the top two Republican lawmakers, House Minority Leader Kevin McCarthy of California, and Senate Minority Leader Mitch McConnell of Kentucky, declined to say which measures they would push to help mothers and children in the wake of abortion being banned.

But GOP lawmakers have put forth ideas that they say would help families in need.

A spokesman for Scott has said the senator would support removing work requirements for parents with children under the age of 6 who live in public housing and receive food aid through the Supplemental Nutrition Assistance Program.

Scott’s “Rescue America” plan says that no federal program or tax laws should reward people for being unmarried and that the federal government should pay all costs for unwed mothers who put their children up for adoption, among other policies.

Families that adopt children are eligible for a tax credit that was worth up to $14,300 in 2020. But House Republicans in 2017 also proposed a tax code overhaul that would have removed the adoption tax credit in order to simplify tax returns.

Following the Supreme Court ruling, Republican Sen. Marco Rubio of Florida said on Twitter, “I will soon introduce a proposal to support mothers and their babies so that every child has a real opportunity to pursue the promise of America.”

His proposal would allow for paid family leave, but it would require parents to use their Social Security benefits and delay retirement. It would also expand payments from the child tax credit, but not every parent would be eligible for full benefits as Biden allowed with his one-year expansion of the credit in 2021.

Announcing the framework in a Washington Examiner editorial, Rubio said, “What we need is a pro-life plan for post-Roe America.”

There would be one major tweak to the tax credit, though: Parents with “unborn” children would be eligible for the payments.

Previous Article
US House: Primary, runoffs, incumbent vs. incumbent
Next Article
G-7 ban on Russian gold, how would it work?