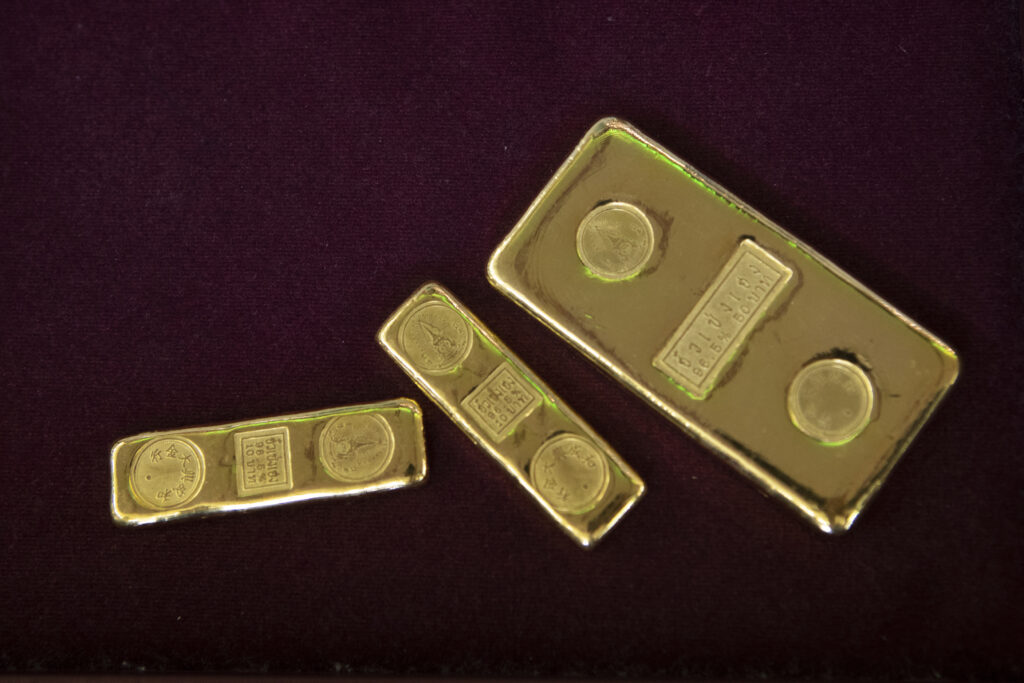 The U.S. says Russia has used gold to support its currency as a way to circumvent the impact of hard Western sanctions and allows Russian President Vladimir Putin to avoid himself being affected by the economic hardship brought down upon his nation. Some experts say since only a few countries are implementing the gold ban, the move is largely symbolic, while others, who say a ban on imports of Russian gold will target its ability to interact with the global financial system. As reported by the AP:

WASHINGTON (AP) — Russia appears to have defaulted on its foreign debt for the first time since the 1917 Bolshevik Revolution, and the U.S. and its allies are taking aim at the former Soviet Union’s second largest export industry after energy — gold.

On Tuesday, the G-7 nations will formally announce a ban on Russian gold imports in the latest round of sanctions over Russian President Vladimir Putin’s invasion of Ukraine.

The U.S. says Russia has used gold to support its currency as a way to circumvent the impact of sanctions. One way to do that is by swapping gold for a more liquid foreign exchange that is not subject to current sanctions.

Some experts say since only a few countries are implementing the gold ban, the move is largely symbolic, while others, including those in the administration, say a ban on imports of Russian gold will target its ability to interact with the global financial system.

How a G-7 Russian gold ban would work:

HOW MUCH GOLD DOES RUSSIA HAVE?

Secretary of State Antony Blinken told CNN on Sunday that since gold is Russia’s second most lucrative export after energy and nearly 90% of the revenue comes from G-7 countries, “cutting that off, denying access to about $19 billion of revenues a year, that’s significant.”

Russia began increasing its gold purchases in 2014, after the U.S. issued sanctions on Russia for Putin’s invasion of Crimea. Now the country holds $100 billion to $140 billion in gold reserves, which is roughly 20% of the holdings in the Russian Central Bank, according to U.S. officials.

HOW WOULD A GOLD BAN WORK?

While Russia will still be able to sell gold to other countries outside the G-7 jurisdiction, it will “impact the ability of Russia to earn export revenue,” says Chris Weafer, a Russian economy analyst at consulting firm Macro-Advisory.

“It’s that high level of export receipts that is sustaining the country and sustaining the economy since sanctions were ratcheted up after February 24th,” Weafer said.

In practice, it could result in civil or criminal penalties on people who come from countries that have agreed on a gold ban from Russia.

Swiss customs officials on Friday said they are tracking roughly three tons of Russian gold — worth more than $202 million — that entered Switzerland from the United Kingdom last month as they monitor potential violations of economic sanctions against Russia.

WHAT OTHER MEASURES HAVE BEEN MADE ON GOLD TRADE?

In March, the U.S. and its allies moved to block financial transactions with Russia’s Central Bank that involve gold, aiming to further restrict the country’s ability to use its international reserves. That came after calls from members of Congress to restrict Russia’s gold trade.

The Treasury Department issued guidance that American individuals, including gold dealers, distributors, wholesalers, buyers, and financial institutions, are generally banned from buying, selling or facilitating gold-related transactions involving Russia and the various parties that have been sanctioned.

HOW WILL THIS MOVE PUNISH RUSSIA?

Like the thousands of sanctions imposed on Russia through a variety of means, the gold import ban is meant to isolate Russia economically, starve its funding arm and prevent money laundering.

British Prime Minister Boris Johnson said at the G-7 meetings in Elmau, Germany, that the ban will “directly hit Russian oligarchs and strike at the heart of Putin’s war machine.”

“Putin is squandering his dwindling resources on this pointless and barbaric war. He is bankrolling his ego at the expense of both the Ukrainian and Russian people,” Johnson said.

A White House official told reporters the ban is yet another way to block off paths between the Russian economy and the broader global financial system.