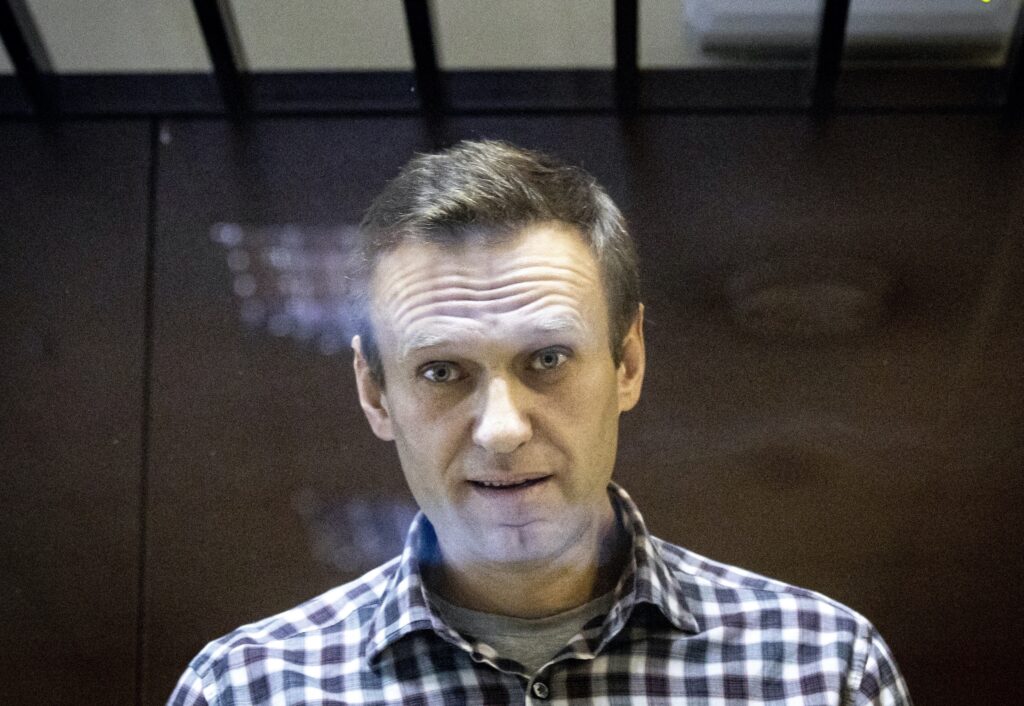 Russian’s parliament is fast-tracking a bill that would stop people like imprisoned opposition leader Alexei Navalny from running for office, labeling them extremists. Russia’s parliamentary elections are this September. The Associated Press has the story:

New Russian law, if passed, would stop opposition leaders like Alexei Navalny from running for office

MOSCOW (AP) — The lower house of Russia’s parliament on Wednesday endorsed a bill that prevents people affiliated with groups considered extremist from running for office, part of authorities’ efforts to sideline associates of imprisoned opposition leader Alexei Navalny ahead of parliamentary elections later this year.

After the State Duma approved the bill in the final third reading, it will now need to be vetted by the upper house and signed by President Vladimir Putin to become law.

Lawmakers have fast-tracked the bill while a Moscow court has considered a request by prosecutors to designate Navalny’s Foundation for Fighting Corruption and his regional offices as extremist groups.

Navalny and his allies have denounced the proceedings as part of Kremlin efforts to muzzle dissent ahead of September’s parliamentary election. Several of Navalny’s associates have declared their intention to run in the polls.

Leonid Volkov, Navalny’s chief strategist, tweeted that “the bill clearly shows that the Kremlin is panicky about the forthcoming election.”

Navalny, who is Putin’s most determined political foe, was arrested in January upon returning from Germany, where he spent five months recovering from a nerve agent poisoning that he blames on the Kremlin — accusations that Russian officials reject. In February, Navalny received a 2 1/2-year prison sentence for violating the terms of a suspended sentence from a 2014 embezzlement conviction that he dismissed as politically motivated.

Navalny has relied on his offices across Russia to promote and implement his Smart Voting strategy — a project to support any candidates who are most likely to defeat those from the Kremlin’s dominant United Russia party in various elections.

If the court designates Navalny’s organization as extremist and the new bill becomes law as expected, it would bar members of Navalny’s organizations and his allies from running for parliament in September’s election. It would also blacklist even those who donated funds to Navalny’s groups and shared their materials.