Earmarks are back. Who benefits? 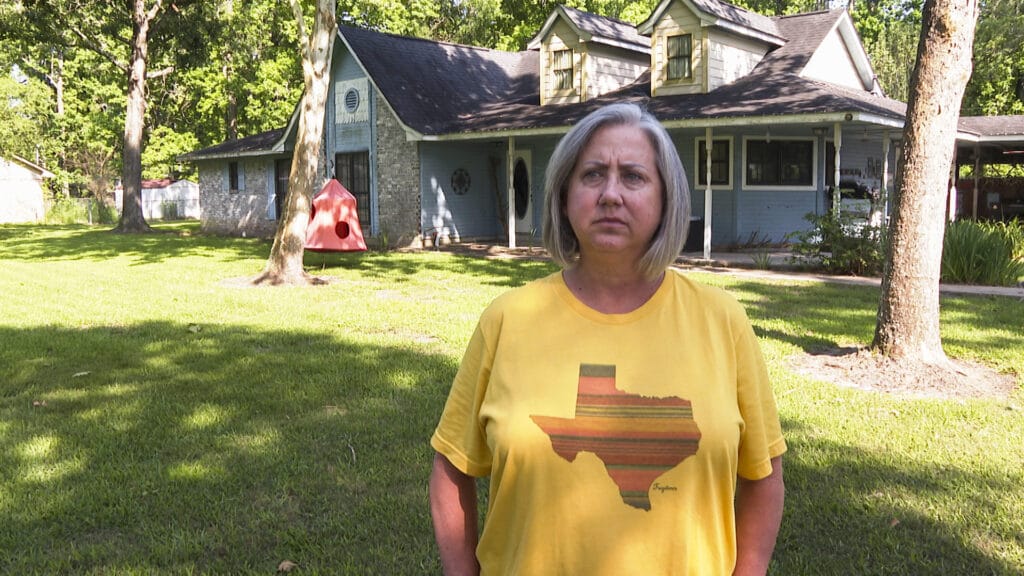 After being put on hold for 10 years, earmarks — also known as “pork barrel” spending — are back, as members of Congress try to help their districts for things like natural disasters. Many Republicans are not requesting the help, considering it what the conservative Club for Growth calls “legalized bribery.” The Associated Press has the story:

‘Pork barrel’ spending by Congress returns after a 10-year freeze

HUFFMAN, Texas (AP) — Don’t tell Laura Fields that providing $1.7 million to her flood-prone neighborhood would be wasteful spending. Her home in a Houston-area subdivision was filled with 10 inches (25 centimeters) of water during Hurricane Harvey.

“The stress of that was just horrific,” Fields said. “You know, to see fish swimming through your house, it’s not a good feeling,”

The money sought by her congressman, Republican Rep. Dan Crenshaw, to improve drainage and flood prevention in Huffman, Texas, is among thousands of requests that lawmakers have submitted as Congress begins to lift a moratorium on targeted federal spending, often referred to as earmarks.

Earmarking — often called “pork barrel” spending because lawmakers would divert funds to pet projects in their states — was put on hold a decade ago. Critics thought too many projects went to a handful of powerful lawmakers and fostered a “pay to play” culture in which campaign contributions were often solicited from lobbyists and others.

Now, earmarks are marking a sudden and robust return, revamped and renamed. Lawmakers in both parties have grown frustrated by their inability to shape spending legislation and worry that Congress has ceded too much of the power of the purse to the executive branch.

The experiment could rise or fall on the reaction from voters, particularly in places skeptical of Washington spending. Many Republicans in Congress are refusing to earmark as a matter of principle, characterizing it as graft. Crenshaw said in a statement that he was “proud” to advocate for resources that would help his constituents and that the flood control earmark “will ensure that we don’t have to spend even more resources recovering from future flood events.”

“This is not wasteful spending, no, sir, not at all,” Fields said. “These are our homes. This is where we’re supposed to feel safe and secure and not have to worry about every time a storm comes through.”

About $14 billion, or 1% of discretionary spending, will be devoted to earmarks in this year’s spending bills. The requests that lawmakers made, listed on the House Appropriations Committee website, go beyond the roads, bridges and research grants earmarked in the past.

And Democratic Rep. Mary Gay Scanlon of Pennsylvania wants $650,000 for mental health professionals to team up with police or to intervene when someone is experiencing a mental health crisis.

It remains to be decided which projects will get funded. Lawmakers have been told they can put in up to 10 requests, but “nobody will be getting 10 requests,” said Rep. Rosa DeLauro, the Democratic chairwoman of the House Appropriations Committee.

Supporters of earmarks have set up guardrails to curb the complaints of corruption and waste that flared in the past. Still, more than 100 House Republicans and one Democrat have declined to participate in what is now being called “community project funding.”

Graves said he requested money for the mobile cancer screening unit because some communities in his district experience a higher rate of cancer than the national average.

“You hear over and over again, lack of access to care, difficulty getting appointments, affordability,” Graves said. “This kind of addresses all those historic deficiencies or challenges because it is the provider coming to you — sort of the 2021 version of the doctor with his or her little black bag doing house calls.”

Graves voted against reviving earmarks when members of the House GOP conference changed their rules earlier this year. He said the process could still be improved, but in the end, it’s better than letting federal agencies dictate where money goes. And he said there’s more accountability when lawmakers have to disclose their requests and defend them.

In one of her requests, Scanlon drew on the experiences of the past summer as people in Philadelphia and elsewhere protested the death of George Floyd and other African Americans at the hands of police.

“You know, we hear stories all the time about people calling 911 when someone is in mental health distress, and then police arrive and there’s misunderstandings and there can be fatal mistakes made,” Scanlon said.

Scanlon cited the death in Philadelphia of Walter Wallace Jr., who was fatally shot last year after he ignored orders to drop a knife. His mother said she had warned police her son was in the throes of a mental health crisis.

“Police arrived on the scene. They were not equipped with tasers,” Scanlon said. “It appears that they did not know how to de-escalate the situation, and within a minute, Walter Wallace had been shot multiple times and he died.”

She said that county law enforcement officials and the local emergency medical system asked for funding to help integrate mental health specialists with law enforcement. It was one of 10 projects she selected from about 60 applicants. The House Appropriations Committee will winnow that list even further.

“Setting the expectations very low because we don’t know if we’ll get anything has been part of the challenge of rolling out the program,” Scanlon said.

Earmarks still have many detractors in Congress. About half of House Republicans declined to request funding for local projects, including House Minority Leader Kevin McCarthy, R-Calif.

Club for Growth, a conservative group, said its report card grading member’s votes would include whether they signed a letter from Rep. Chip Roy, R-Texas, pledging to abstain from earmark requests.

The group said earmarks are used as “legalized bribery” to get lawmakers to support big spending elsewhere.

Senate Republicans have maintained their conference rules banning earmarks, but lawmakers are not bound by them.

As part of the vetting process, lawmakers must provide evidence of community support for the earmarks they seek.

In Texas, Harris County Commissioner Adrian Garcia said 40% of the homes in the Huffman neighborhood have flooded, some repeatedly.

Garcia said the money would be used to improve and widen existing roadside ditches and culverts that drain water, moving it to bayous and other waterways. The improvements are among the flood control projects that Harris County voters approved in 2018 through a $2.5 billion bond measure. In March, county commissioners said they were facing a $1.4 billion shortfall to fully fund the bond program’s flood control projects.

The federal money, Garcia said, will help close the gap.

“’We’ve been waiting for four years (since Hurricane Harvey). We can’t wait any longer,” Garcia said. “Mother Nature is not going to give us any more of a reprieve.”

Freking reported from Washington. Associated Press writer Juan A. Lozano in Houston contributed to this report.