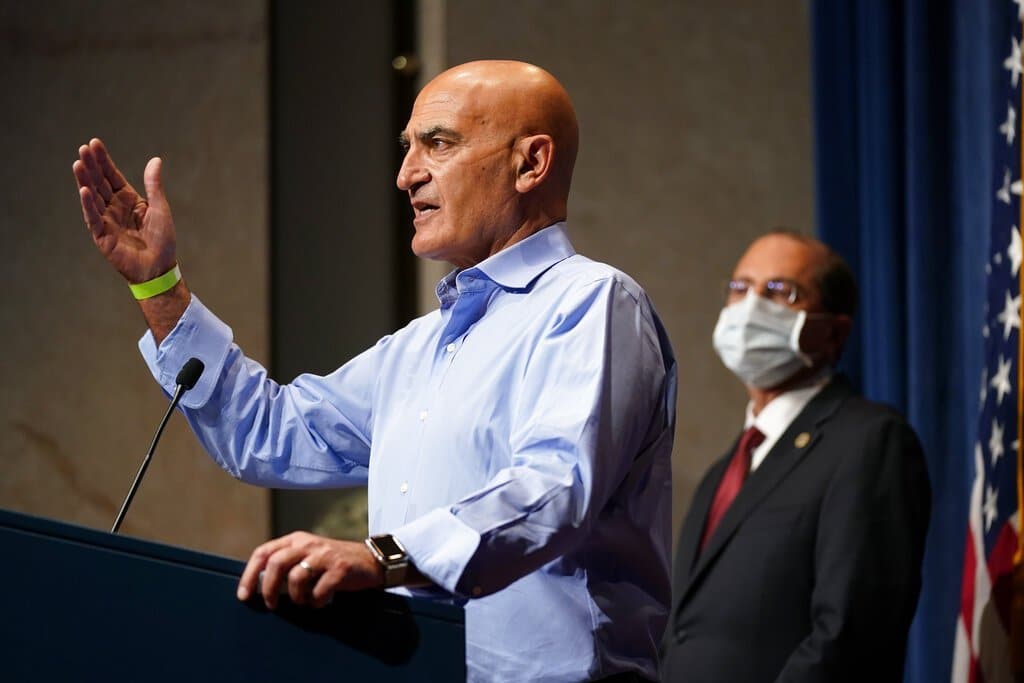 Moncef Slaoui, who headed the U.S. effort to develop a COVID-19 vaccine, has been fired from the board of a medical research company. Old allegations of sexual harassment surfaced against the ex-vaccine chief.

AP – The former chief science adviser for the U.S. effort to rapidly develop COVID-19 vaccines has been fired from the board of directors of a medical research company over sexual harassment allegations, drugmaker GlaxoSmithKline said Wednesday.

The company said it is firing Moncef Slaoui from his position as board chair at Galvani Bioelectronics, effective immediately, after its investigation substantiated a complaint about his conduct toward an employee “several years ago” when Slaoui worked for the drugmaker.

GlaxoSmithKline is a majority shareholder of Galvani Bioelectronics.

Slaoui served as chief science adviser to Operation Warp Speed, which was launched under the Trump administration to develop vaccines and treatments for COVID-19.

In a statement, Slaoui said he feels “terrible that my actions have put a former colleague in an uncomfortable situation.”

“I would like to apologize unreservedly to the employee concerned and I am deeply sorry for any distress caused,” the statement said. Slaoui added he is taking a leave of absence from his current professional responsibilities, but didn’t provide further details.

The statement came from a representative for Centessa Pharmaceuticals, where Slaoui had been listed as chief scientific officer and adviser.

GlaxoSmithKline said its investigation began after it received a letter in February outlining the allegations of “sexual harassment and inappropriate conduct.” It said that Slaoui’s conduct was “unacceptable” and an “abuse of his leadership position.” It did not provide further details.