Fauci: Trump should urge his followers to get vaccinated 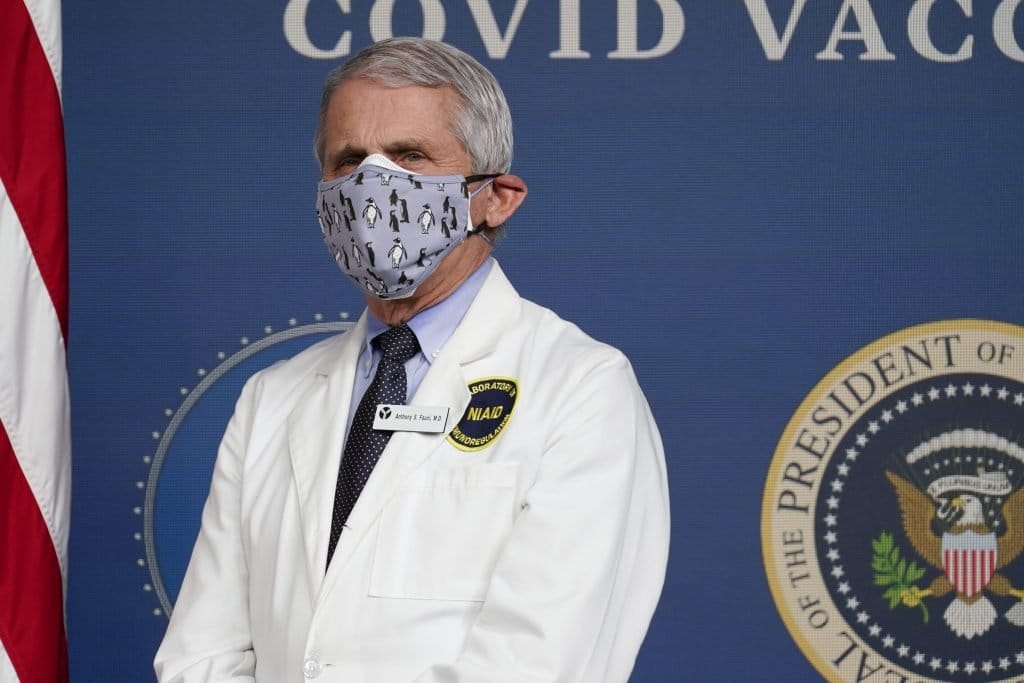 AP- Dr. Anthony Fauci said Sunday he wishes former President Donald Trump would use his popularity among Republicans to persuade more of his followers to get the COVID-19 vaccine.

In a round of interviews on the morning news shows, the government’s top infectious disease expert lamented polling showing that Trump supporters are more likely to refuse to get vaccinated, saying politics needs to be separated from “commonsense, no-brainer” public health measures.

Fauci said it would be a “game changer” for the country’s vaccine efforts if the former president used his “incredible influence” among Republicans.

“If he came out and said, ‘Go and get vaccinated. It’s really important for your health, the health of your family and the health of the country,’ it seems absolutely inevitable that the vast majority of people who are his close followers would listen to him,” Fauci told “Fox News Sunday.”

There was no immediate comment from the former president’s office Sunday.

Trump has urged people to get vaccinated, doing so again two weeks ago at a conservative political gathering in Florida.

But he hasn’t been among former presidents and other public officials who have been vaccinated on camera to encourage others to get the shot. It was revealed only recently that he was vaccinated in private at the White House before leaving office in January.

Polls have shown Republicans joining Black people and other groups in expressing greater skepticism than others about the safety of the vaccine.

“What is the problem here? This is a vaccine that is going to be lifesaving for millions of people,” he said on NBC’s “Meet the Press.” He added: “I mean, I just can’t comprehend what the reason for that is when you have a vaccine that’s 94-95% effective and it is very safe. I just don’t get it.”

The number of vaccine doses distributed and administered each day in the U.S. is rising, with more than 2.5 million daily shots in arms on average in the last week.

About 1 in 5 Americans have received at least one dose, with about 1 in 9 fully vaccinated, according to the Centers for Disease Control and Prevention.

The coronavirus is blamed for over 530,000 deaths in the United States. Deaths and newly confirmed infections per day have tumbled over the past two months. But cases are running at a still-troubling average of about 55,000 a day.

Fauci repeatedly warned against pulling back on public health measures too early, saying the virus could come surging back, endangering the goal of getting the country closer to normal by early July.

He pointed to Europe as a cautionary tale. Rising virus cases this winter followed rollbacks on restrictions on the continent.

Previous Article
Real Estate: A look at the market
Next Article
At least 4 people shot dead in Myanmar anti-coup protests