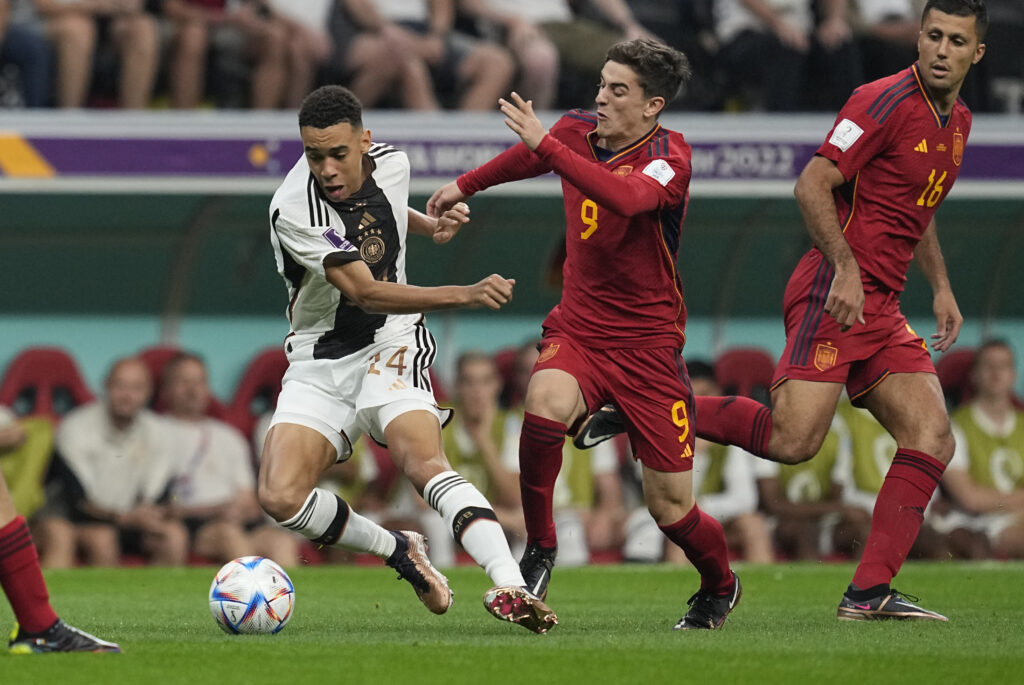 Niclas Füllkrug’s late strike was enough to salvage a point for Germany against Spain as 1-1 qualification from Group E goes down to the wire. Substitute Álvaro Morata had given Spain the lead just after the hour mark, but Germany finally drew level seven minutes from time after Jamal Musiala’s touch dropped to Füllkrug, who fired an emphatic finish into the top corner. The Associated Press has the story:

Germany forward Niclas Füllkrug salvaged a 1-1 draw against Spain on Sunday at the World Cup.

The Germans still need to win their last group match to have a chance of advancing to the knockout stage. The four-time champions were eliminated in the group stage four years ago in Russia.

Germany will next face Costa Rica, which defeated Japan 1-0 earlier Sunday. Even a win may not be enough for the Germans, who are in last place in Group E and need the other result to go their way at World Cup.

Germany has one point, two behind Japan and Costa Rica. Spain has four points and holds a big goal difference thanks to its opening 7-0 rout of Costa Rica.

The match between the pre-tournament favorites was one of the most anticipated in the group stage.

Spain tried to control the pace of the game with ball possession but wasn’t able to create many significant opportunities until Álvaro Morata found the net in the 62nd minute with a nice one-touch from close range after a well-place low cross from Jordi Alba.

Germany struggled and only threatened sporadically in a few breakaways and set pieces, but Füllkrug finally found the equalizer in the 83rd with a shot from close range into the top of the net.

The goal kept Germany from enduring consecutive losses at the start of a World Cup for the first time.

Spain’s next match is against Japan at Khalifa International Stadium, while Germany returns to Al Bayt Stadium to face Costa Rica.