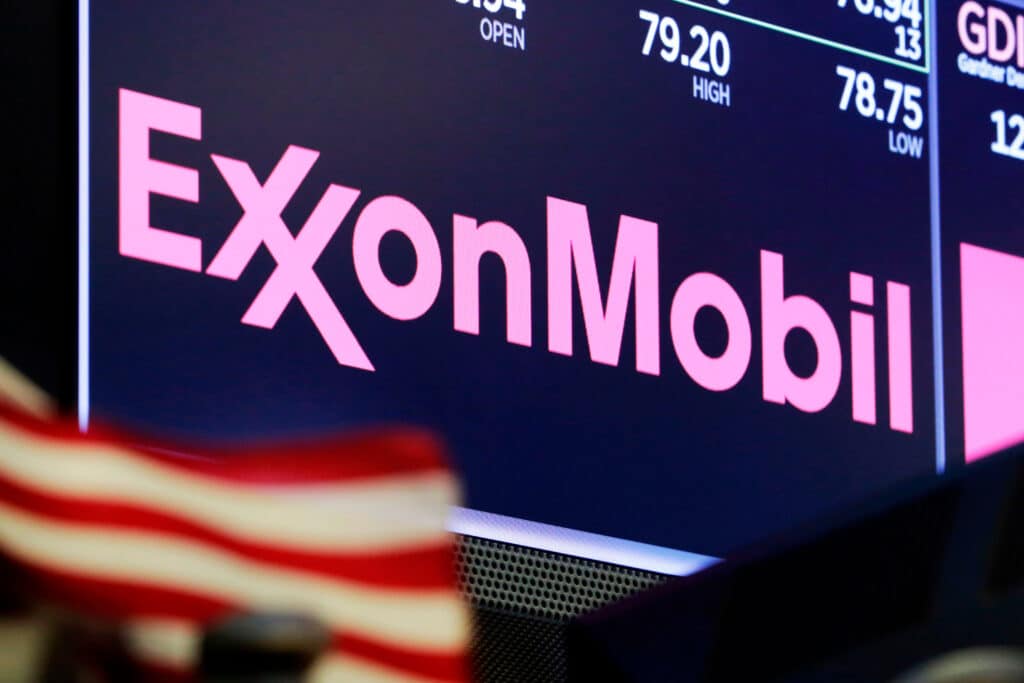 Investors at Exxon are increasingly concerned about climate change, which means they want a shakeup of the Exxon boardroom. The largest pension funds back the dissident investors. The Associated Press has the story:

NEW YORK (AP) — ExxonMobil is facing a major challenge from a group of investors in one of the biggest fights a corporate boardroom has endured over its stance on climate change, an issue of rising urgency for many shareholders.

The investor group is pushing to replace four of the oil giant’s board members with executives they say are better suited to both strengthen the company’s finances and lead it through the transition to cleaner energy. The fight represents a moment of reckoning for major publicly traded companies to address a global crisis.

Engine No. 1, the name of the hedge fund that has mounted the challenge, owns just a sliver of Exxon’s shares. But the dissident slate of board members it has put forward commands the backing of some of the country’s most powerful institutional investors, including the largest public pension funds.

Regardless of the outcome of the shareholder vote, to be announced after the annual shareholder meeting Wednesday, the challenge reflects momentum among consumers, investors and government leaders around the globe to pivot away from fossil fuels and invest in a future where energy needs are increasingly met using renewable sources. To that end, President Joe Biden has set the ambitious goal of slashing America’s greenhouse gas emissions in half by the end of the decade.

“We’re at a tipping point,” said Aeisha Mastagni, portfolio manager at the California State Teachers’ Retirement System, known as CalSTRS, one of the nation’s largest pension funds and among the major institutional investors that backed the alternative group of directors. “You’re seeing investors from all around the world that are wanting to see better disclosure around climate change risk, you’re seeing shareholder proposals that are passing with increased shareholder support, and now we have this monumental vote at ExxonMobil.”

Engine No. 1 wants Exxon to refresh its board with directors who have a track record of managing change in the energy sector. The group asserts that Exxon has under-performed compared with its peers, having lost market value even when demand for oil and gas was growing. It also argues that the company lacks a credible strategy to create value in a de-carbonizing world and that its board lacks people with experience in successfully revamping an energy giant.

In opposing the challenge, Exxon counters that it has continually refreshed its board with directors who have expertise in energy, capital allocation and transitions. It contends that the company has been investing in low-carbon solutions, including a recent proposal to transform the Houston Ship Channel into a hub for carbon capture and sequestration. That technology, still under development, involves pulling carbon dioxide out of the air and storing it underground off shore.

In that proposal, Exxon called on government and industry to together invest $100 billion. Exxon has said it would spend $3 billion through 2025 on carbon capture and other low-carbon initiatives.

Those efforts have fallen short of the demands of Exxon’s dissident investor groups. Other major oil companies, from British Petroleum and Shell to Conoco Phillips and Chevron, have done more to satisfy shareholders. Investors want more corporate disclosures of climate-damaging emissions, and they expect energy companies to diversify their portfolios to include more renewable sources, said Anne Simpson, managing investment director for board governance and sustainability at the California Public Employees’ Retirement System — known as CalPERS — America’s largest pension fund.

“What we’re finding with other oil companies,” Simpson said, “is we’re making progress, and Exxon needs to catch up. Exxon is still saying one thing and doing another.”

CalPERS, a heavyweight in the investing community, voted for Engine No. 1′s slate of candidates. The pension fund asserts that through its engagement and proxy voting, it has compelled hundreds of companies to add new directors to their boards.

“Usually what happens is, we have a collaborative approach where we work with companies,” Simpson said. “I would say it’s in rare circumstances that investors feel the need to actually put their own candidates forward. But that is because the nominating committee hasn’t been able to fulfill investors’ expectations. Exxon has had several years attempting to address this issue.”

By 2017, there were 21 such shareholder proposals that went to a vote; three of them received over 50% approval. Before then, none had received majority support, according to Glass Lewis.

This year, 25 climate-related shareholder proposals have made it onto ballots, and those that have been voted on so far have received support from 59% of shareholders on average, according to the Institute for Shareholder Services.

The International Energy Agency this month warned that immediate action was needed to reshape the world’s energy sector, and it recommended ending investments in new oil and gas wells and coal mines.

“Even if you love fossil fuels, you have to acknowledge that they’re not making any more of them, and any company that wants to be sustainable over the long term has got to figure out what their next step is going to be,” said Nell Minow, vice chair of ValueEdge Advisors, an influential figure in corporate governance who voted in support of Engine No. 1. “There’s a massive demographic shift. I think the millennial generation and the generation that follow are much, much more sensitive on these issues as employees, as consumers and as investors, than the generations that have gone before.”

Also backing the alternate slate of directors was the New York State Common Retirement Fund, which argued that Exxon has failed to properly manage its exposure to climate risks.

Some experts say the pressure from Engine No. 1 and other shareholders appears to be making a difference at Exxon. The company’s carbon sequestration proposal was not a major part of the conversation at Exxon a few years ago, but now management is talking about committing $3 billion to low-carbon ventures, said Stewart Glickman, energy equity analyst at CFRA.

“Climate change and carbon is capturing more dollars tied to that than anything else,” Glickman said. “So the writing is on the wall that more money is shifting in this direction.”

Previous Article
Nations frown on Belarus after arrest of journalist
Next Article
Rep. Greene under attack by GOP for Holocaust remarks