Idaho lawmaker accused of rape may be censured 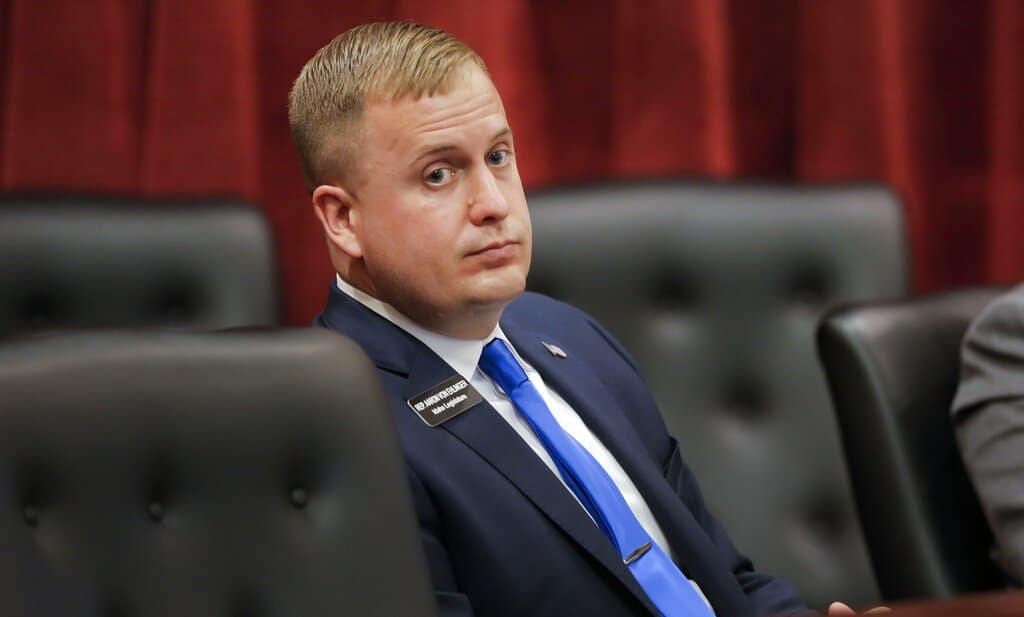 An Idaho legislative ethics committee is recommending censure and suspension for Idaho Rep. Aaron von Ehlinger. The lawmaker was accused of rape by a 19-year-old intern. The Associated Press has the story:

BOISE, Idaho (AP) — A legislative ethics committee on Thursday found that an Idaho lawmaker who was accused of rape by a 19-year-old intern should be formally censured and suspended from office.

The full House could vote on the matter as soon as Friday, and if a majority agrees, Rep. Aaron von Ehlinger will be required to vacate his office and stay off the Statehouse grounds immediately. In that case, a new lawmaker would be appointed to fill in for the Republican from Lewiston.

The investigation into Rep. Aaron von Ehlinger began in March after a young staffer reported he raped her in his apartment after the two had dinner at a Boise restaurant. Von Ehlinger has denied all wrongdoing and maintains he had consensual sexual contact with the young woman. The Boise Police Department is investigating the case, and von Ehlinger has not been charged.

The five-member ethics panel also agreed that they would throw unanimous support behind a motion to expel von Ehlinger if any House lawmaker decides to make one.

Public ethics hearings and penalties against lawmakers are rare but not unheard of in Idaho.

Republican Rep. John Green of Post Falls was expelled on a 65-0 vote on Jan. 16, 2020, after he was convicted of conspiring to defraud the U.S. government. Prosecutors in that case said he helped a wealthy Texas couple hide assets to avoid paying income taxes when Green worked as an attorney there.

In Green’s case, no public hearing was held because the Idaho Constitution doesn’t allow someone to hold any civil office if convicted of a felony, but two-thirds of the full House must vote to expel someone.

Related: Danny Masterson ex testifies that he raped her

Republican Sen. John McGee resigned rather than face a public ethics hearing after he was accused of sexually assaulting a staffer in his office. He was ultimately charged and convicted of disturbing the peace in connection with that incident.

Republican Sen. Jack Noble resigned from office in 2005 following weeks of allegations that he failed to declare a conflict of interest and lied to a special ethics panel.