Danny Masterson’s ex testifies that he raped her 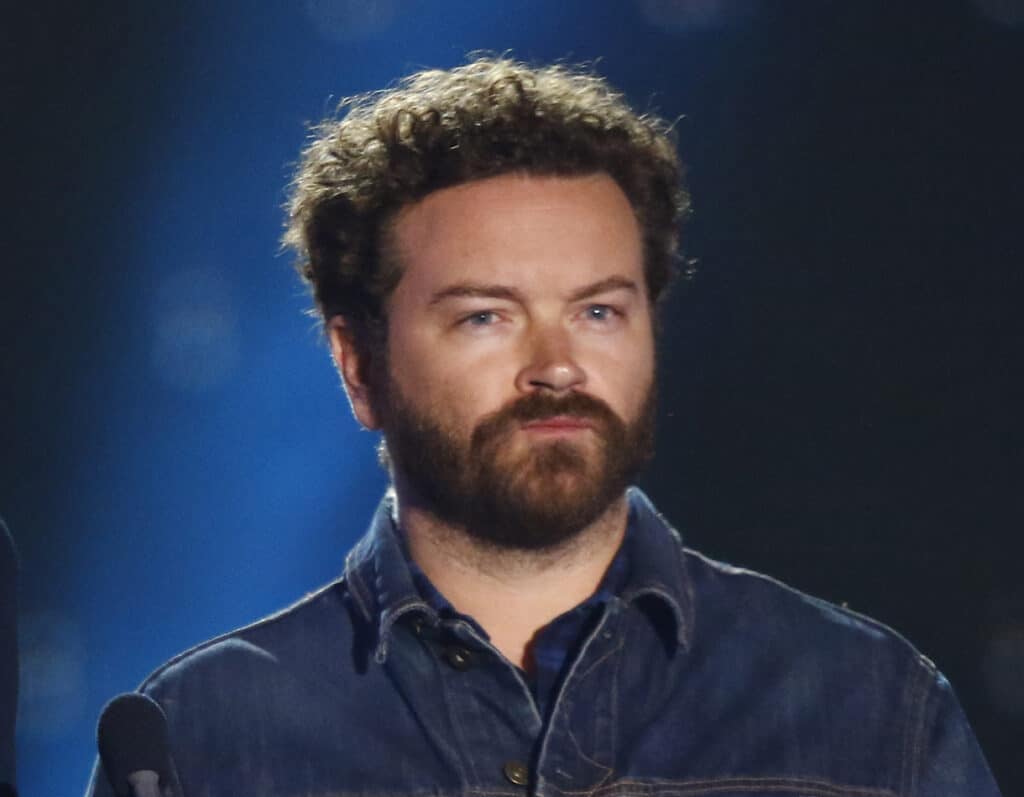 Three women have alleged that actor Danny Masterson raped them, and one testified in a Los Angeles court Wednesday about the alleged incident. Masterson pleaded not guilty. The Associated Press has the story:

LOS ANGELES (AP) — A woman testified Wednesday that she was five years into a relationship with actor Danny Masterson when she awoke to find he was raping her as she slept and took drastic measures to get him to stop.

“I tried pushing him off me and saying no I don’t want to have sex with you,” the woman, identified in court only as Christina B., said. “He wouldn’t stop. So I did something that I knew would make him angry and likely to get off me. I pulled his hair. He has these rules, ‘no touch hair rule,’ ‘no touch face rule.’ He had this thing about his hair, so I knew if I pulled it really, really hard, he would get off me. But what he did was he hit me.”

Christina B. was the second of three accusers of the 45-year-old “That ‘70s Show” actor to testify in Los Angeles Superior Court at a preliminary hearing to determine whether there is enough evidence to order Masterson to stand trial on three counts of rape. Masterson has pleaded not guilty, and Mesereau has said he would prove his innocence.

The November incident Christina B. described came in November 2001, in the house she and Masterson would share throughout their six-year relationship. Under questioning from Deputy District Attorney Reinhold Mueller, she said he hit her across the face with a loosely held fist then finally stopped, spat on her and called her “white trash.”

Christina B. chose to be identified by her real first name in court and has spoken publicly about the assault before. The Associated Press does not typically name people who say they were victims of sexual abuse.

During cross-examination, Mesereau said that she was telling a different story than she had in her interviews with police and prosecutors.

“You never said he was having sex with you, did you, you said he was trying to, correct?” Mesereau asked.

In court, she responded that she had been using different language to describe the same thing.

Church of Scientology accused of ignoring the rapes

Christina B. said in another incident a month later that is not cited in the charges that she blacked out, woke in pain and learned from Masterson he had raped her while she was unconscious. That prompted her to go to ethics officials at the Church of Scientology, which she had joined in 1996 at the urging of Masterson, a prominent member.

She said the officials convinced her she was not raped, and she did not go to police to report Masterson until 15 years had passed.

In court documents in a civil lawsuit filed by Masterson’s accusers, the Church of Scientology denied all of the women’s allegations.

When Christina B. went to police in 2016, she did it to report the second incident, not the one Masterson was eventually charged with.

Mesereau cited this as evidence that she did not believe she had been raped the first time. He repeatedly challenged Christina B. on the issue, asking why she hadn’t considered it rape initially.

She broke into tears as she explained that the relationship had brought her to expect such things.

“Because it was normal!” she shouted.

The church has loomed large in the case in which the defendant and his three accusers were all devoted members at the time of the allegations from 2001 until 2003.

The two women who have testified at the hearing both spoke to church officials long before they went to police.

Mesereau said Tuesday before the hearing began that the prosecution is marked by “religious bias in the most blatant form” from the case’s prosecutors and lead detective.

And earlier Wednesday, he continued his cross-examination of the first witness, identified in court as Jen B., by trying to tie her to prominent voices who have spoken out against Scientology, including actor Leah Remini.

Jen B. acknowledged filming an interview with Remini for her show “Scientology and the Aftermath” in 2017, saying she did so because she worried that no charges would be brought against Masterson and she felt it might be her only chance to be heard.

Related: Idaho lawmaker accused of rape may be censured

She said no when Mesereau twice asked her whether she had been paid for the interview.

Mesereau also asked Christina B. whether she had gone to police at the urging of Remini, which she denied.