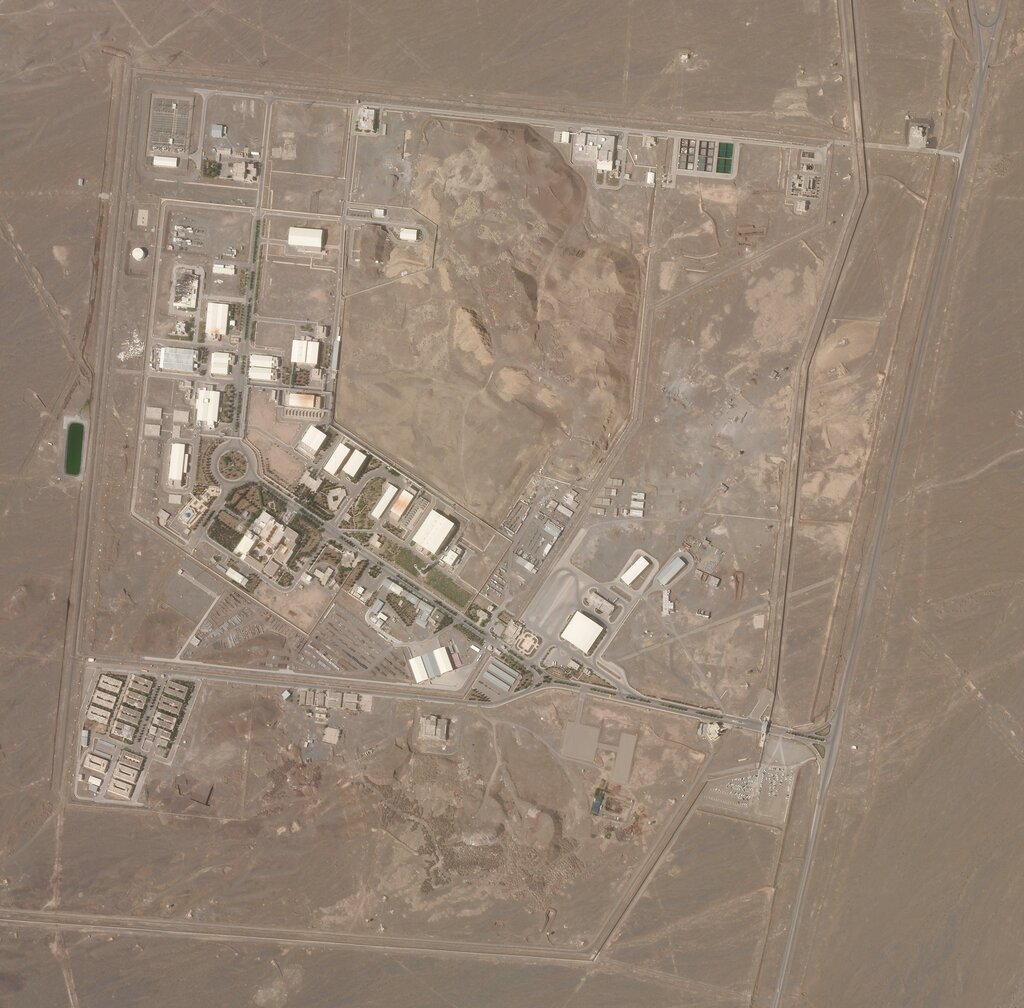 Tensions between Iran and Israel remain high after a cyberattack damaged centrifuges at Iran’s underground Natanz nuclear facility. Israeli media stated that the government was behind it, but Israeli government has not acknowledged responsibility. Iran Foreign Ministry spokesman Saeed Khatibzadeh warned that the country will take revenge. The Associated Press has the story:

DUBAI, United Arab Emirates (AP) — Iran blamed Israel on Monday for an attack on its underground Natanz nuclear facility that damaged its centrifuges — sabotage that imperils ongoing talks over Tehran’s tattered nuclear deal and brings a shadow war between the two countries into the light.

Israel has not claimed responsibility for the attack, but Israeli media widely reported that the country had orchestrated a devastating cyberattack that caused a blackout at the nuclear facility. Israeli officials rarely acknowledge operations carried out by the country’s secret military units or its Mossad intelligence agency.

While the nature of the attack and the extent of the damage at Natanz remains unclear, a former Iranian official said the assault set off a fire while a spokesman mentioned a “possible minor explosion.”

The attack also further strains relations between the U.S., which under President Joe Biden is now negotiating in Vienna to re-enter the nuclear accord, and Israel, whose Prime Minister Benjamin Netanyahu has vowed to stop the deal at all costs.

Netanyahu met Monday with U.S. Defense Secretary Lloyd Austin, whose arrival in Israel coincided with the first word of the attack. The two spoke briefly to journalists but took no questions.

“My policy as prime minister of Israel is clear: I will never allow Iran to obtain the nuclear capability to carry out its genocidal goal of eliminating Israel,” Netanyahu said. “And Israel will continue to defend itself against Iran’s aggression and terrorism.”

At an earlier news conference at Israel’s Nevatim air base, Austin declined to say whether the Natanz attack could impede the Biden administration’s efforts to re-engage with Iran in its nuclear program.

“Those efforts will continue,” Austin said. The previous American administration under Donald Trump had pulled out of the nuclear deal with world powers, leading Iran to begin abandoning the limits on its atomic program set by the accord.

But German Foreign Minister Heiko Maas expressed concern that it could affect the talks. “All of what we are hearing from Tehran is not a positive contribution to this,” Maas told reporters.

U.S. states that it was not involved

In a statement, the White House said it was aware of the Natanz attack and that “the U.S. was not involved in any manner,” without elaborating.

Details remained scarce about what happened early Sunday at the facility. The event was initially described only as a blackout in the electrical grid feeding above-ground workshops and underground enrichment halls — but later Iranian officials began referring to it as an attack.

A former chief of Iran’s paramilitary Revolutionary Guard said the attack had set off a fire at the site and called for improvements in security. In a tweet, Gen. Mohsen Rezaei said that the second assault at Natanz in a year signaled “the seriousness of the infiltration phenomenon.” Rezaei did not say where he got his information.

The facility seemed to be in such disarray that, following the attack, a prominent nuclear spokesman Behrouz Kamalvandi walking above ground at the site fell 7 meters (23 feet) through an open ventilation shaft covered by aluminum debris, breaking both his legs and hurting his head.

Iran Foreign Ministry spokesman Saeed Khatibzadeh acknowledged that IR-1 centrifuges, the first-generation workhorse of Iran’s uranium enrichment, had been damaged in the attack, but did not elaborate. State television has yet to show images from the site, which saw new advanced centrifuges turned on there Saturday.

“The answer for Natanz is to take revenge against Israel,” Khatibzadeh said. “Israel will receive its answer through its own path.” He did not elaborate.

“The Zionists wanted to take revenge against the Iranian people for their success on the path of lifting sanctions,” Iran’s state-run IRNA news agency quoted Zairf as saying. “But we do not allow (it), and we will take revenge for this action against the Zionists.”

Officials launched an effort Monday to provide emergency power to Natanz, said Ali Akbar Salehi, the head of Iran’s civilian nuclear program. He said the sabotage had not stopped enrichment there, without elaborating.

The IAEA, the United Nations body that monitors Tehran’s atomic program, earlier said it was aware of media reports about the blackout at Natanz and had spoken with Iranian officials about it. The agency did not elaborate.

Natanz has been targeted by sabotage in the past. The Stuxnet computer virus, discovered in 2010 and widely believed to be a joint U.S.-Israeli creation, once disrupted and destroyed Iranian centrifuges there during an earlier period of Western fears about Tehran’s program.

In July, Natanz suffered a mysterious explosion at its advanced centrifuge assembly plant that authorities later described as sabotage. Iran now is rebuilding that facility deep inside a nearby mountain. Iran also blamed Israel for that, as well as the November killing of a scientist who began the country’s military nuclear program decades earlier.

Israel also has launched a series of airstrikes in neighboring Syria targeting Iranian forces and their equipment. Israel also is suspected in an attack last week on an Iranian cargo ship that is said to serve as a floating base for Iran’s paramilitary Revolutionary Guard forces off the coast of Yemen.

Multiple Israeli media outlets reported Sunday that an Israeli cyberattack caused the blackout, but it remains unclear what actually happened there. Public broadcaster Kan said the Mossad was behind the attack. Channel 12 TV cited “experts” as estimating the attack shut down entire sections of the facility.

While the reports offered no sourcing for their information, Israeli media maintains a close relationship with the country’s military and intelligence agencies.

In recent weeks, Netanyahu repeatedly has described Iran as the major threat to his country as he struggles to hold onto power after multiple elections and while facing corruption charges. Stopping the nuclear deal has been a repeated theme of his comments.