Is the United States ready to take on China?

Andrew Milburn
6 posts
Retired in 2019 as the chief of staff of Special Operations Command Central, He is on the adjunct faculty of the Joint Special Operations University & a fellow of the Modern War Institute. He also teaches courses overseas to officers from countries across Africa, the Middle East and Asia. 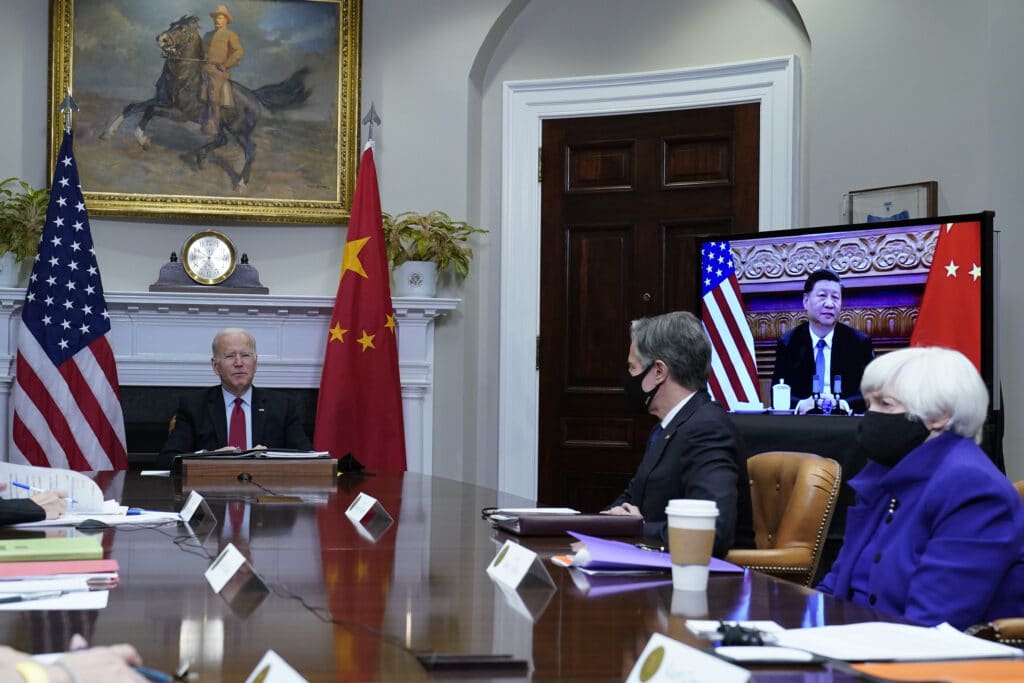 Is the United States ready to take on China?

Tonight’s  virtual meeting between President Biden and China’s leader, Xi Jinping, produced little progress for a relationship that has deteriorated precipitously in the last few years.  The problem with this outcome is that what the United States envisions as modest diplomatic success – perhaps Xi’s reference to Biden as “my old friend” and the comparison of the two countries as ships that must navigate the same ocean without colliding – is a state of play that benefits China while further endangering US interests.   This may sound counter-intuitive, but it’s a view that reflects the recent history of the Chinese Communist Party. To understand what course China is on (continuing the nautical analogy) one must look back over the last 26 years to 1995, and an incident referred to as the Third Taiwan Straits crisis.

In that year, after saber rattling on the part of China over a planned visit by the Taiwanese premier to the United States (for a college reunion), the Clinton administration dispatched a carrier battle-group and a Marine Expeditionary Unit to transit the Taiwan straits.  In response, the Chinese Government went ballistic – literally – firing missiles across the strait and threatening to turn the strait into a “sea of fire” should the United States try this stunt again.

So far, par for the course.  The Chinese government was simply saving face while the US had successfully employed a modern version of gun boat diplomacy to emphasize strategic interest.  But then the US started to backpedal, ceding the advantage in this geo-political game of chicken, never to recover it again.   President Clinton announced that inclement weather had forced the carrier group to take that course, thus implicitly conceding China’s claim to the straits.  And China resolved never again to show weakness when it came to Taiwan.

26 years later, the “sea of fire” threat is real.  China can now destroy a carrier battle group with long range missiles before it is even remotely within aircraft range of Taiwan.   As for a Marine Expeditionary Unit – though it pains me as a US Marine to admit it – Chinese advances in military capability have rendered amphibious warfare obsolete. Even if by some fluke, Marines reached a point from which they could launch an amphibious assault, the infantry who landed would lack the ability to communicate and would rapidly be carved into penny packets by long range precision weapons and drones. Thereafter their preoccupation would become simply survival.  Xi knows all this – and it must be a source of considerable satisfaction to him, as it is to his countrymen who have found in recent years a new basis for muscular patriotism.

While the United States has been involved in Afghanistan and Iraq over the last 20 years China has stolen the march on us, developing weapons across the physical, electro-magnetic and cyber domain that are designed to remove any US military advantage and turn the shibboleths of our military culture into exorbitant and obsolete caskets.

China watchers tend to insist that Xi does not want to go to war for Taiwan, the costs across the board would just be too high.  But perhaps this is a Western view that does not take into account that high cost does not necessarily mean prohibitive in the language of the CCP. By word and deed, Xi has imbued the question of Taiwan with almost mystical impetus.  The CCP now appears to subscribe to a form of dialectical determinism in which One China is its only feasible destiny.

At the same time, China’s perception of the US stance vis a vis Taiwan is that the United States lacks the resolve to go to war if China threatens to invade Taiwan “You care more about Los Angeles than Taipei” one Chinese admiral was quoted recently as saying.  He is most certainly right, but now is the time to remove any doubt from the minds of Xi Jinping and his colleagues: Washington will intervene on Taiwan’s side against any form of Chinese Communist aggression.   Strategic ambiguity on the part of the United States, and a blinkered approach to national security has led to a balance of power in the Pacific region that is weighted towards China.

What can be done?  Well, it will take determined and bipartisan effort to get our house in order – from presenting a determined diplomatic front to focusing military readiness on this fight. Pentagon officials may claim that we are already on this path, but there is no straight-line correlation between defense budget and readiness.

Congress needs to prioritize readiness over constituent kick-backs – although here the culture is so deeply ingrained that it may require new legislation to fix.  And it is also culture, this time within the US military that precludes a single-minded pursuit of a joint force that prepared for this fight. Senior officers will have to cast aside their preoccupation with weapons and platforms upon which they have established their reputations – the carriers, strike fighters, and other exorbitantly expensive vessels designed inadvertently now to carry humans – with all that humans require by way of protection and comfort – to their deaths. It will mean making drastic changes in recruiting and training and doctrine.

Equally important, it will mean some very clear messaging on the part of this administration.  There has been much speculation recently in the US press about whether the US would be willing to go to war for Taiwan.  If China believes that the US lacks the will to do so, then it is just a matter of time until Taiwan is assimilated into China.

Why is this a bad thing – well, aside from the loss of life and disruption to the world’s economy, Taiwan has become, in a sense, the frontline for democracy in the 21st century — the implications of its loss would be far reaching and profound. Since China has become the leading trading partner for most countries in the Pacific region, security is primarily what the US offers its partners. Taiwan’s annexation by China would relegate the United States to being a bit player in the Pacific region – perhaps even globally.

Washington may tout today’s meeting as a milestone on the road to détente – but it would be unwise to subscribe to such a view. A détente based on strategic ambiguity is more likely to lead to war than a determined show of resolve. Xi is likely biding his time before choosing to steer his ship directly at that of his “old friend”.  When that happens, it will be the United States that must face the choice between deserting Taiwan with all the probable ramifications for US standing in the world, or risk stepping off the precipice into a conflict in which China holds all the cards.  More By Andrew Milburn

Previous Article
Do We Need a Thanksgiving to Heal our Political Division?
Next Article
Migrant deaths in channel fuel UK-France tensions