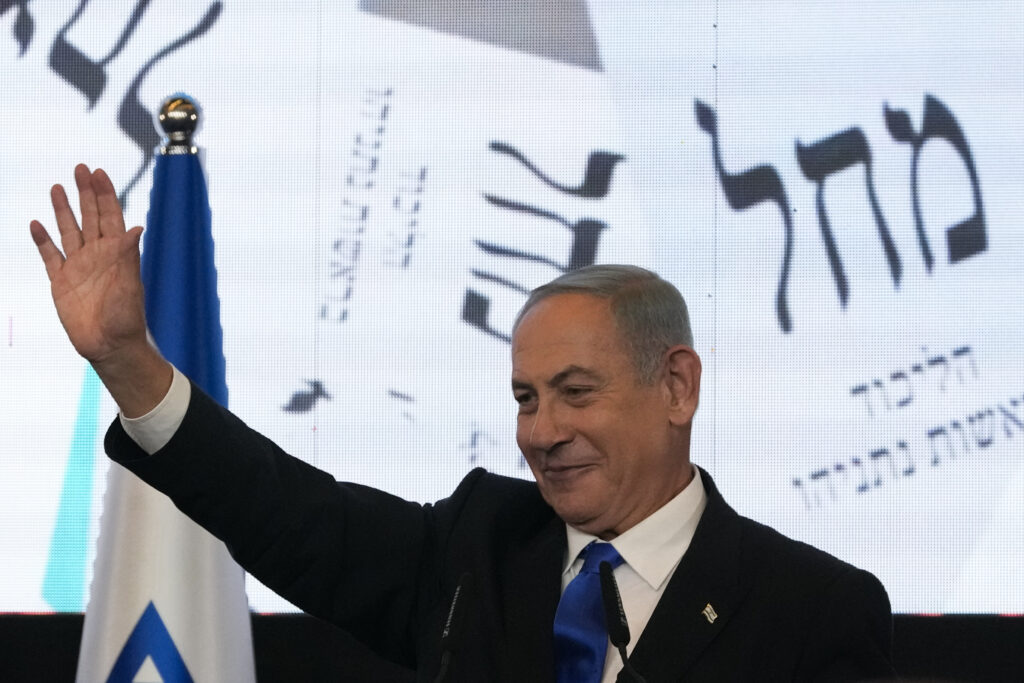 One of the Knesset’s most far-right politicians, who holds non-pluralist Jewish views and anti-LGBT, sexist, and anti-Arab positions, will be the next government’s head of “Jewish identity,” following an agreement signed with presumed prime minister-to-be Benjamin Netanyahu. Avi Maoz, the single lawmaker of the fringe Noam party, will be appointed deputy minister and head a to-be-created authority for Jewish identity, which will be housed under the Prime Minister’s Office. The Associated Press has the story:

The incremental step is part of Netanyahu’s effort to hammer out a power-sharing agreement with his potential ultra-Orthodox and ultranationalist allies following the Nov. 1 parliamentary election. Netanyahu stands poised to form one of the most hardline religious and nationalist governments in Israel’s history.

Maoz is a Jewish fundamentalist and West Bank settler who is an outspoken opponent to LGBTQ rights and women serving in the military, and has voiced opposition to Arabs teaching Jewish students in Israeli schools. He has denied the legitimacy of non-Orthodox Judaism, including the Reform and Conservative movements, which are marginal in Israel but dominant in the U.S. and have long provided the country with financial and diplomatic support.

Maoz said in a statement that the deal with Likud was the “first step in returning the soul to the country.”

Maoz’s Noam faction ran in the last elections on a joint ticket with Itamar Ben-Gvir and Bezalel Smotrich’s Religious Zionism party, which won 14 seats in the 120-member Israeli parliament, the Knesset, making it the third-largest faction.

Netanyahu’s Likud party has yet to finalize its coalition agreement with all its prospective allies and form a government.