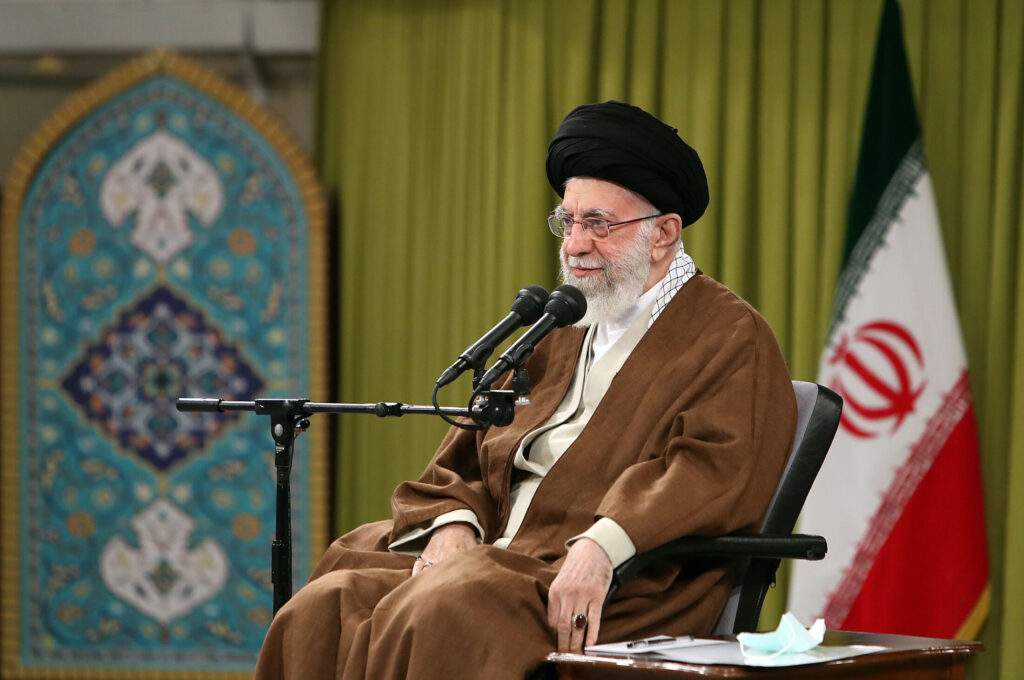 Iranian Supreme Leader Ayatollah Ali Khamenei’s niece, a well known rights activist, has called on foreign governments to cut all ties with Tehran over its violent crackdown on popular unrest kindled by the death in police custody of a young woman. A video of a statement by Farideh Moradkhani, an engineer whose late father was a prominent opposition figure married to Khamenei’s sister, was being widely shared online after what activist news agency HRANA said was her arrest on Nov. 23. The Associated Press has the story:

The niece of Iranian Supreme Leader Ayatollah Ali Khamenei is calling on people to pressure their governments to cut ties with Tehran over its violent suppression of anti-government protests.

In a video posted online by her France-based brother, Farideh Moradkhani urged “conscientious people of the world” to support Iranian protesters. The video was shared online this week after Moradkhani’s reported arrest on Nov. 23, according to U.S.-based rights monitor HRANA.

Moradkhani is a long-time activist whose late father was an opposition figure married to Khamenei’s sister and is the closest member of the supreme leader’s family to be arrested. The branch of the family has opposed Khamenei for decades and Moradkhani has been imprisoned on previous occasions for her activism.

“I ask the conscientious people of the world to stand by us and ask their governments not to react with empty words and slogans but with real action and stop any dealings with this regime,” she said in her video statement.

The protests, now in their third month, have faced a brutal crackdown by Iranian security forces using live ammunition, rubber bullets and tear gas to suppress demonstrations. At least 451 people have been killed, including 63 minors, according to HRANA. Another 18,173 have been detained, the rights monitor reports.

Despite the crackdown, demonstrations are ongoing and scattered across cities.

The unrest was sparked by the death of 22-year-old Mahsa Amini in police custody in Tehran for violating the Islamic Republic’s strict dress code. It has quickly morphed into the most serious challenge to Iran’s establishment since the 1979 Islamic Revolution.

Iran also said it would not cooperate with any U.N. fact-finding mission to investigate the deadly crackdown on protests, Foreign Ministry spokesman Nasser Kanaani said on Monday. The U.N. Human Rights Council voted to set up the mission last week.

“The Islamic Republic of Iran will not engage in any cooperation, whatsoever, with the political committee called the ‘fact-finding committee’” Kanaani said.