Journalists fight back against online harassment 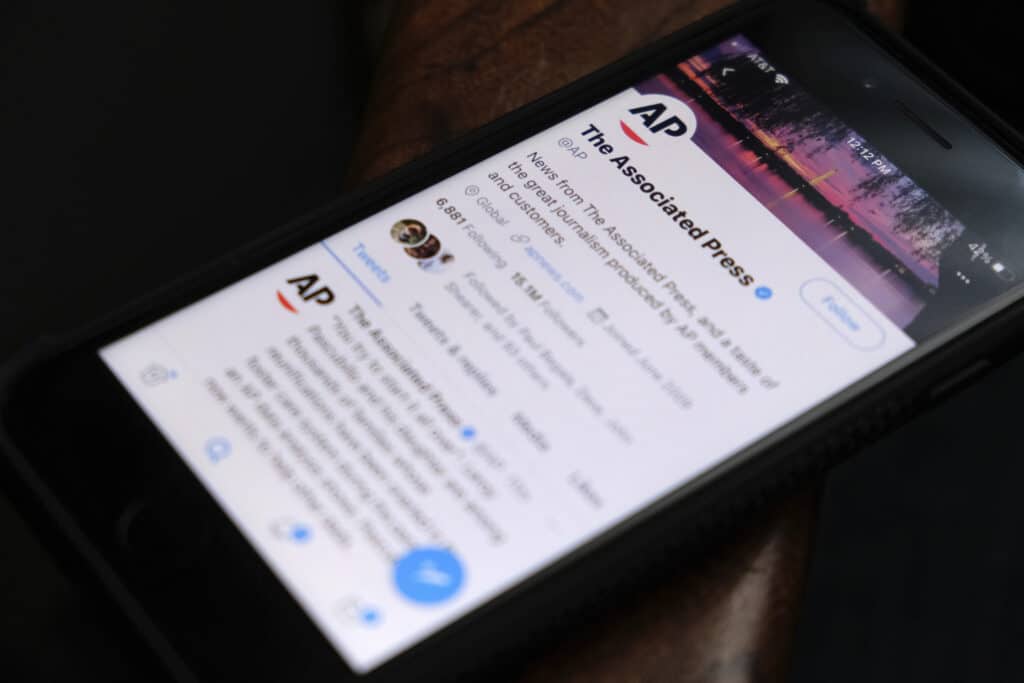 In this era of social media, it is easy for people to harass and abuse journalists. Reporters are finally saying enough and figuring out ways to deal with it, including submitting ideas to the Associated Press by September 1. The Associated Press has the story:

Fed up, journalists are coming up with solutions to combat harassment online

NEW YORK (AP) — The Associated Press’ recent firing of a young reporter for what she said on Twitter has somewhat unexpectedly turned company and industry attention to the flip side of social media engagement — the online abuse that many journalists face routinely.

During internal meetings after the Arizona-based reporter, Emily Wilder, was let go, several journalists expressed concern over whether the AP would have the backs of employees under attack from the outside.

“The Emily Wilder situation triggered this for many people on the staff,” Jenna Fryer, an AP sportswriter who spoke at one of the meetings, said in a subsequent interview.

Wilder was fired last month because of what the company said were tweets on the Israeli-Palestinian conflict that violated AP’s social media policy against offering opinions on contentious issues. Before her firing, a conservative group had sparked an online campaign against her over her pro-Palestinian views, and while the AP has said it wasn’t responding to pressure, her dismissal ignited debate over whether the news organization acted too rashly.

Journalists are often subjected to racist or sexist slurs, vile insults and threats of rape, dismemberment or other violence from online readers.

Online harassment is hardly unique to journalists. But the visibility of reporters makes them particularly vulnerable to attack, said Viktorya Vilk, program director for digital safety and free expression at the literary and human rights organization PEN America.

Fryer, who covers auto racing, said she “was in tears daily” over online abuse she received for coverage of a noose found last year in an Alabama garage stall used by NASCAR’s only full-time Black driver. She said the only time she heard from the company about harassment was when a manager remarked that Fryer had gotten a lot of it.

“Sometimes you feel like you’re on a total island,” she said.

The news agency says it has worked with law enforcement in many cases when its journalists were attacked online. Still, following the meetings, the AP ordered a study on whether more can be done.

“I can speak from personal experience that we have not been ignoring this,” said Julie Pace, the AP’s Washington bureau chief. “What we have to do is put this on a par with the way we handle what we have traditionally viewed as security threats for our journalists — if you are going to Syria, or if you’re covering protests that could potentially become chaotic.”

News organizations were often quick over the past decade to press their journalists to build social media profiles, recognizing it as important to their brands, but slow to see its dangers, said Vilk, who has worked with more than a dozen media outlets on this issue.

Women and minorities usually have it worse

Women and minorities usually have it worse. Vilk believes the preponderance of white men in management has contributed to the industry’s delay in reacting.

Some members of the AP’s race and ethnicity reporting team approached their editor, Andale Gross, following Wilder’s firing with concerns over whether the company would support them if their stories or tweets proved controversial, he said. Racist slurs and threats happen frequently to the reporters he supervises, who include Blacks, Latinos and Asian-Americans, and AP security has responded to a number of them, he said.

The team’s story two weeks ago about racism in the military provoked many hateful messages from people who said they were in the military — essentially proving the article’s point, he said.

“I don’t want people to think it should be accepted or tolerated,” Gross said. “But it comes with the territory of the things we write about. We know that every story we produce, we can be dealing with an onslaught of racism.”

Nearly three-quarters of 714 female journalists surveyed said they had experienced online attacks, according to a study released in April by UNESCO and the International Center for Journalists. Twelve percent sought medical or psychological help. The survey said 4% left their jobs and 2% quit the business altogether.

“Unless you’ve been there, it’s hard to comprehend how deeply destabilizing it is, how it can make you think twice about your next story, or even whether being a journalist is worth it,” she wrote.

Taylor Lorenz, a reporter at The New York Times, wrote on Twitter this spring about the “unimaginable” attacks she had received online. “It’s not an exaggeration to say that the harassment and smear campaign I’ve had to endure over the past year has destroyed my life,” she wrote. “No one should have to go through this.”

“Destroyed her life? Really?” Carlson said on the air. “By most people’s standards Taylor Lorenz would seem to have a pretty good life, one of the best lives in the country, in fact.”

A “suck it up” attitude or feeling that nothing can really be done about online harassment leads many journalists to stay silent. Anne M. Peterson, a veteran sportswriter for the AP, said she has received lewd pictures online and a threat from someone who chillingly attached a Google image of her house. She has never reported an incident to management.

The AP’s Pace, who also writes stories and appears on television, said she has been a target of abuse and has had to address it for employees she manages.

“There have been moments when I sort of chalked it up to, ‘Yeah, this is part of the job,’” she said in an interview. “I know I’m in a high-profile job. … Then there are moments where they really cross a line, or if it affects your personal safety or your family where you think, ‘No, this is not something I should have to put up with. This is unacceptable and scary.’”

“So we don’t want to normalize it,” she said. “We don’t want people to feel like they have to sit there and take it.”

There are signs that the problem is being taken more seriously in newsrooms.

One indication is a greater willingness to publicly back journalists under attack. That happened this past winter, when Washington Post reporter Seung Hin Kim was criticized for asking Sen Lisa Murkowski her reaction to something President Joe Biden’s failed nominee for budget director, Neera Tanden, had tweeted about Murkowski.

Kim’s boss, Post national editor Steven Ginsberg, said the attacks were “wildly misguided and a bad-faith effort at intimidation. What she did was basic journalism.”

Vilk advises news organizations to conduct an anonymous internal survey to determine the extent of their problems, and to examine social media policies. Most policies concentrate on what journalists should or shouldn’t do, as opposed to what happens when the audience goes on attack, she said.

Organizations should provide cybersecurity training and support, legal and mental health counseling and access to services that can scrub an employee’s personal information from the web, she said. Companies must also be aware that harassment is often more organized than it appears, and be prepared to investigate the source of campaigns, she said.

The AP set a Sept. 1 deadline for a committee of staff members to bring forward ideas to improve how harassment is dealt with.