Ahmed Fathi
3 posts
Ahmed Fathi is an Egyptian-American international journalist, a Resident UN Correspondent, and a Global Affairs Analyst, he reported from several locations around the world in the United States, Europe, South America, North Africa, and Asia. 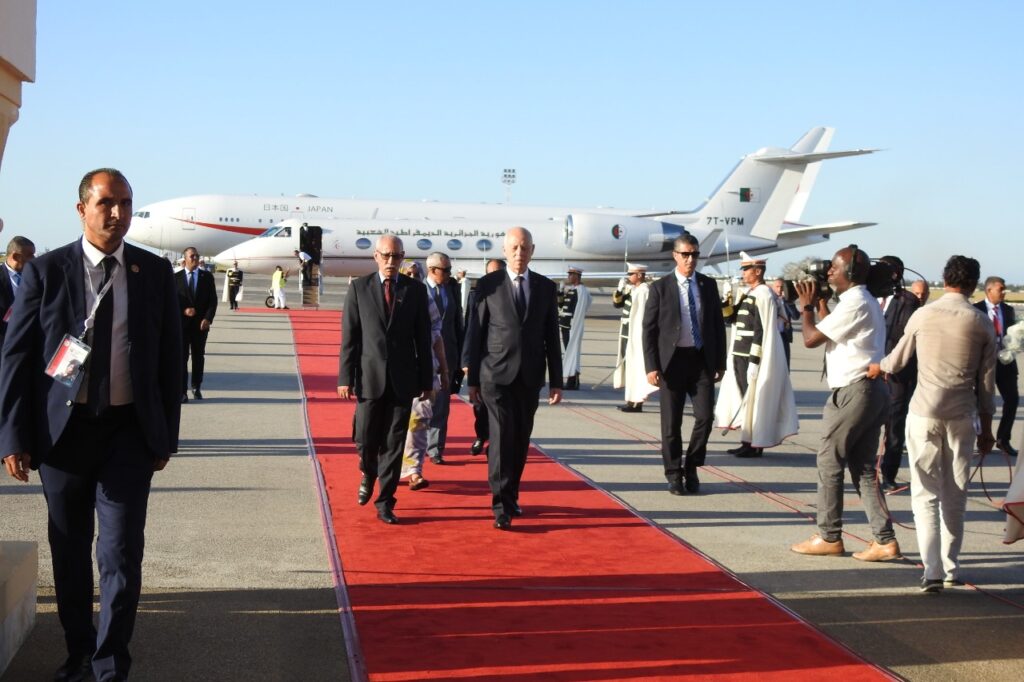 After President Kais Saied of Tunisia met with the head of the Polisario Front, Morocco recalled its ambassador to Tunis for consultations.
Morocco made the decision not to participate in the 8th Tokyo International Conference on African Development (TICAD 8), which is a pan-African investment conference that took place in Tunis on August 27-28.

Morocco, which retains sovereignty over the Sahara, has criticized Tunisia for inviting the Polisario Front‘s leader, Brahim Ghali, to the TICAD8. Rabat has described Tunisia’s move as “hostile and harmful to the long-established fraternal relations between the two countries. “Tunisia’s motion was termed as such by Morocco. In a second statement, Morocco called Tunisia’s actions “a grave and unprecedented act that hurts the Moroccan people’s feelings very much.”
“Tunisia has unilaterally chosen to invite the Polisario Front,” the statement said, which was in direct contradiction to the advice that had been given by Japan as well as the planning process and the protocols that had already been established.

Although Tunisia’s Ministry of Foreign Affairs has since tried to downplay the political effects of President Saied’s gesture, it remains perplexing as it has never recognized Polisario in the past. Furthermore, it presents very compelling evidence that Tunisia has abandoned its long-standing position of “complete neutrality” on the Sahara as it called for a peaceful solution to the decades-long dispute, the country’s Foreign Affairs Ministry said in a statement on August 27th, issued by the country’s
According to the statement that was made public, the President of the African Commission had directly approached Brahim Ghali with the request for him to attend the meeting. Only delegates from nations that were invited and received an invitation signed jointly by Prime Minister Kishida Fumio and President Kais Saied will be able to participate in the event, as stated in a note verbale that was issued on the 19th of August by the Japanese Mission to the AU. This note verbale was issued by the Japanese Mission to the AU.

It has been reported that the African Commission has sent a memorandum in which it requests that all members of the grouping, including the head of the Polisario Front movement, attend the Tokyo International Meeting for African Development in Tunisia. This is despite the fact that the Chairperson of the African Union is Macky Sall, President of Senegal, whose country opened a consulate in Dakhla in April, recognizing Morocco’s sovereignty over the Sahara, and that in his speech at the opening ceremony of the TICAD 8, he regretted that the conference was being held without Morocco, a “prominent member of the African Union.”

This situation is exacerbating regional competition between Morocco and Algeria, which is the principal backer of the Polisario; worse, it is establishing a new front in a sequence of battles over the Sahara, which have already drawn in Spain, Germany, and other EU member states. These battles are taking place over the Sahara. Since President Kais Saied, who is facing mounting pressures domestically on the political and economic fronts, paid a visit to Algeria’s President Abdelmadjid Tebboune in July, Tunisia’s bilateral relations with Algeria, on which it is dependent for its supply of energy, have increased.

In 2021, Algeria severed diplomatic ties with Rabat, and as a result, the country stopped allowing gas shipments through the Maghreb-Europe pipeline, which passes through Morocco.
As a result of Spain’s Prime Minister Pedro Sánchez’s letter to Morocco’s King Mohammed VI in March of 2018, in which he stated that having the Sahara run more autonomously under Rabat’s sovereignty is “the most serious, realistic, and credible” offer for resolving a decades-long dispute over the region, Algeria reacted by initiating a series of diplomatic protests against Spain and suspending some of its trade relations.

As a result of Spain’s acceptance of Morocco’s Autonomy Plan for the region, which was followed by Germany, the Netherlands, Portugal, Serbia, Hungary, Cyprus, Romania, and tens of other countries that opened consulates in Laayoune and Dakhla, Algeria has also stated that it no longer regards Madrid as a reliable political and economic partner.
The Moroccan Autonomy Plan has been welcomed by the United Nations and the United States government, through Secretary of State Anthony Blinken, has praised it as being serious, credible, and realistic. This is a stance that is held by many countries around the world.

On closer inspection, Tunisia’s President Saied has passed up an important opportunity to launch himself on the international stage by co-hosting the TICAD 8 and even jeopardized his credibility by instead joining a small group of vocal states led by Algeria in rolling out the red carpet for the Polisario leader and receiving him as a head of state.

On a broader level, the diplomatic spat between the two North African countries has exposed the fragility in an already volatile region riven with geopolitical disputes ranging from the ongoing war in Libya to Europe’s need to fill the gap in its energy needs created by Russia’s invasion of Ukraine, to counter-terrorism and transnational organized crime, which is exploiting migrants across the Mediterranean, to climate change and the need to collaborate in coordinating all of these issues.
Perhaps now is the moment for Arab and African diplomacy to attempt to heal the schism between the two fraternal nations.