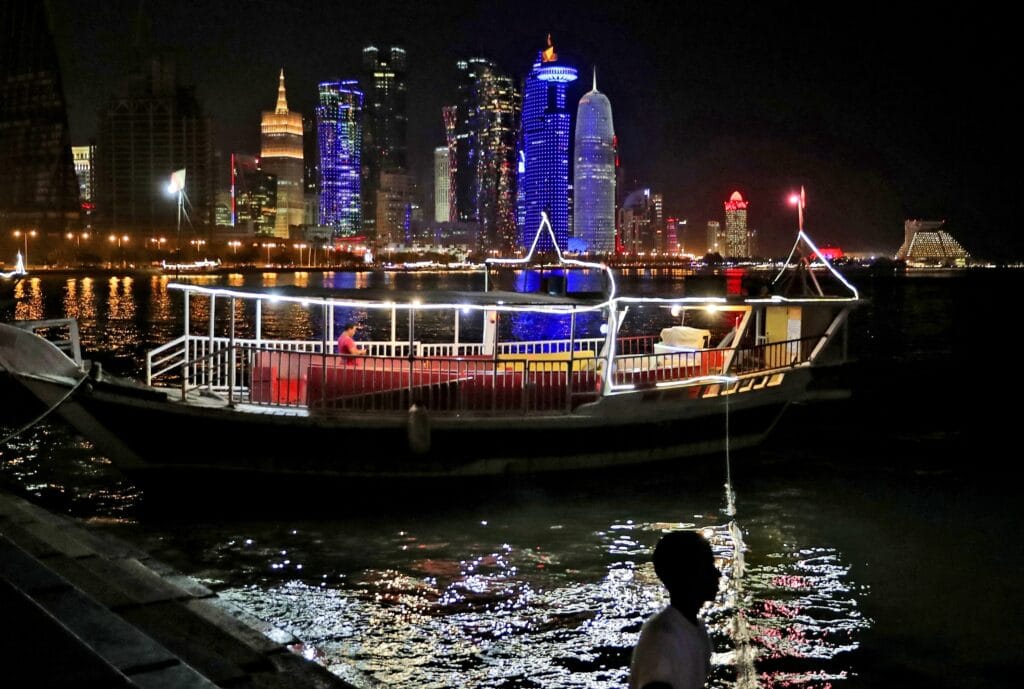 Qatar has detained a Kenyan who worked as a security guard in the country and wrote anonymously about the conditions there. Malcolm Bidali was arrested for violating Qatar’s security laws and regulations. The Associated Press has the story:

DUBAI, United Arab Emirates (AP) — A Kenyan who wrote compelling dispatches under a pseudonym about the challenges of living as a low-wage worker in Qatar and advocated for their rights has been detained under unclear circumstances in the energy-rich nation.

The arrest of Malcolm Bidali draws renewed attention on the limits of expression in a nation that will host the upcoming 2022 FIFA World Cup. It also highlights the challenge many migrant laborers face when agreeing to the opportunity of steady work in Gulf Arab states, in exchange for long shifts doing menial work in the shadows of skyscrapers they helped build.

Supporters say Qatari security forces detained Bidali late on May 4 and have not provided information on where he is.

The Qatari government, responding to questions Tuesday from The Associated Press, described Bidali as being “taken into custody and placed under investigation for violating Qatar’s security laws and regulations.” The government declined to offer specifics on the arrest, where he was being held, whether he received consular assistance and what potential charges he was facing.

Qatar has “ made a lot of steps … to reform its labor systems,” said James Lynch, a director at the London-based group FairSquare Research and Projects, which advocates for migrant workers in the Middle East. ”Yet when we have a migrant worker speaking out about his experience, sharing his experience and calling for change in a fully peaceful manner, we see them being shut down and disappeared.”

Bidali, 28, worked 12-hour days as a security guard. In his spare time, he wrote under the pen name “Noah” about his experiences as a guard, including trying to improve his worker accommodations. His essays offered plaudits for Qatar at times as a “trendsetter in many areas.”

Bidali described the cramped living conditions for himself and others

However, he didn’t hold back in describing the cramped bedrooms some of his compatriots shared — with up to 10 men in a room — or the frustration of being unable to afford the “luxury of privacy” that white-collar Western expatriates and Qataris themselves enjoy.

“Why should intimacy, and even family life, be reserved for the privileged nationalities and financially affluent?” he asked in one article.

The cause of Bidali’s detention remains unclear. Days earlier, he spoke and briefly appeared in a video conference with civil society and trade union groups describing his experiences. Activists say he clicked on a suspicious internet link as well during that time. Gulf Arab states widely use spy software and hacks to monitor possible dissenters, but it’s unclear who targeted him.

There also was a recent post in which he criticized by name Sheikha Moza bint Nasser, the wife of Qatar’s former emir and the head of the Qatar Foundation. Bidali worked as a security guard for GSS Certis at a development under the Qatar Foundation. The foundation did not immediately respond to a request for comment.

An employee at GSS Certis who gave his name as Puvan said he didn’t know where Bidali was.

“We were told that this is still under investigation so have no detail on that,” he said.

Security guards in Qatar at two companies also recently held what they described as strikes over pay and labor issues. Only Qatari nationals with the General Union of Workers of Qatar have the right to strike, according to the Washington-based group Freedom House.

The Kenyan Embassy in Qatar did not respond to requests for comment. In a letter to Qatari officials human rights groups, including Amnesty International, FairSquare and Human Rights Watch, said they feared Bidali had been held “without access to a lawyer or consular assistance.”

“We are extremely concerned for his well-being and safety,” they wrote.

Qatar, a small nation on the Arabian Peninsula, is home to the state-funded Al-Jazeera satellite news network. However, expression in the country remains tightly controlled.

“We are alarmed by the detention of blogger Malcolm Bidali without any reason disclosed, especially given Qatari authorities’ record of trying to shut down reporting on labor rights ahead of the country’s hosting of the World Cup next year,” said Justin Shilad, the committee’s senior Middle East and North Africa researcher.

Previous Article
Why is the price of Bitcoin falling?
Next Article
Actor Billy Porter breaks silence about HIV