Andrew Milburn
2 posts
Retired in 2019 as the chief of staff of Special Operations Command Central, He is on the adjunct faculty of the Joint Special Operations University & a fellow of the Modern War Institute. He also teaches courses overseas to officers from countries across Africa, the Middle East and Asia. 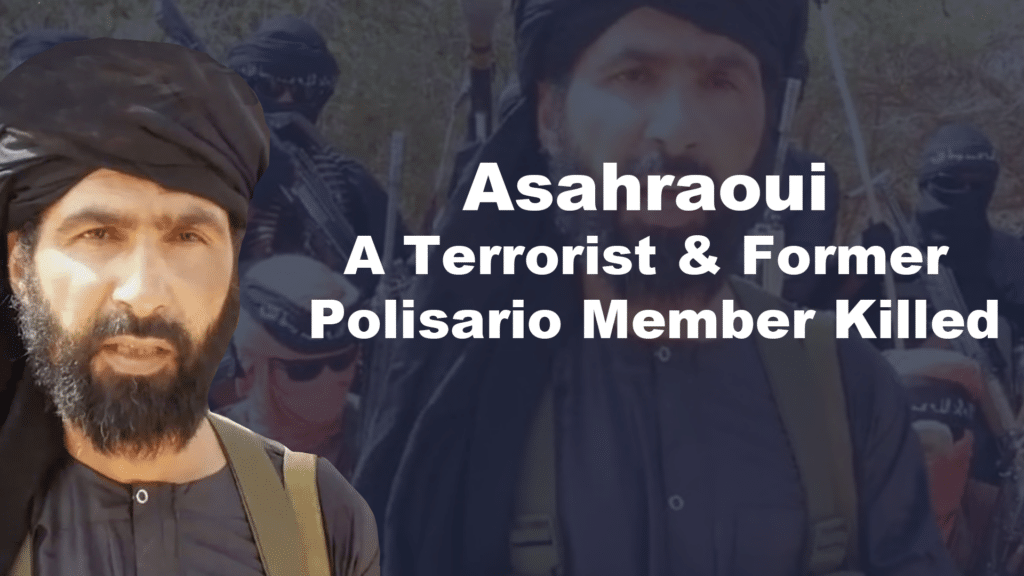 The killing of Islamic State Leader in the Greater Sahara (ISGS) Adnan Abu Walid al-Sahraoui marks a potential tipping point for the international counter-insurgency effort in the Sahel. But this will be a fleeting opportunity – and France, in concert with the Tri-Border States, must implement a coherent strategy to have any prospect of success.  If they fail to do so the region will likely enter a new period of remorseless violence.

A camera mounted on the US soldier’s helmet, captures his last few minutes of life. The shaky footage, interspersed with cell-phone coverage, shows Staff Sergeant La David Johnson making a desperate last stand behind a scrub tree as his attackers converge from all sides, and the ground erupts around him in geysers of dirt. The next image is chilling.  Taken as the dead soldier’s camera continues to record – it shows a hooded figure looming over his body.

The Islamic State of Greater Sahara (ISGS) claimed responsibility for the ambush, which killed three other Americans and several Nigerien soldiers.  The shocking footage was the group’s dramatic introduction to the world beyond the Sahel – and the first time that the name of its leader became known to Western audiences: Adnan Abu Walid al-Sahraoui.

Al-Sahraoui – who cut his teeth with the POLISARIO – was a veteran fighter of the Sahel, and had learned his trade by progressing through the ranks of jihad groups in the region, in the way that a DC policy wonk might move between Think Tanks.  His ascent occurred against a backdrop of the Islamist insurgency that has broiled in the Western Sahel for two decades. In a war fought amidst in the arid savannah of the border region between Mali, Burkina Faso and Niger, the ISGS has won a reputation as the most extreme of the insurgent groups involved, launching frequent attacks on security forces and the local population.

The United States and France provide military support to regional governments in the conflict. US forces operate from Niger with special forces and a fleet of drones, while the French have, since 2013, conducted operations in Mali with a task force of several thousand personnel.  But The United States has recently withdrawn most of its forces from the region, and the French government has announced its intention to do the same in 2022.  Meanwhile, the insurgency shows no signs of abating.

Since the ambush in Niger, ISGS has gone on to launch frequent attacks against security forces and a spate of atrocities against civilians – to include the killing last year of six French aid workers and their Nigerien drivers– and – earlier this year, the massacre of over 100 villagers in Western Niger.   All told the deaths of some 2-3000 civilians have been attributed to the militant group, but while al-Sahraoui was known to be the figure behind these attacks, he remained out of reach.

A reclusive figure who was seldom seen even by his own followers, al-Sahraoui avoided using cell phones or the internet – two customary sources of communication and influence for Jihadi groups, but also – as he well knew – beacons for targeting by the multiple security forces determined to track him down. The release of the video following the Niger ambush was a well-staged but isolated publicity stunt.

And then—this week – the French Government announced that al Sahraoui is dead, killed by a drone strike almost a month previously.  It was, announced French President Emanuel Macron in a triumphant tweet, “a major success in our fight against terrorist groups in the Sahel.”  Those familiar with the very limited effects that even the most successful decapitation strikes have upon extremist organizations are likely to be cynical, but Macron can perhaps be forgiven for seizing on this one incident to counter the prevailing indicators that French involvement in the Sahel has not been an unqualified success.  For a year or so after the 2013 arrival of the French task force in Mali, this may have seemed to be the case,  but since then French troops on the ground have increasingly found themselves in a stalemate, and the French government is looking for a justifiable off-ramp.  Meanwhile violence has escalated in the region beyond 2013 levels.

And, as those of us in US special operations have learned time and again, the removal of a key leader does little to impede extremist groups unless the strike is combined with a wider strategy designed to dislocate the organization’s morale and cohesion. Too often the deceased incumbent is replaced by someone unknown previously to security forces with an agenda that makes him even more dangerous.

On the other hand, the timing and circumstances of al Sahraoui’s death do offer France – and the United States — the opportunity and turn Macron’s statement into reality.  But to do so will involve implementing a regional strategy, centered on these four efforts:

The Nigerien and Malian governments need to follow up on recent decapitation strikes by driving a wedge between the group’s leadership – who are primarily from the Greater Sahara, and the rank and file, who represent the Fulani tribe from the Tri-border region.  The strike itself will be insufficient, unless a concerted messaging campaign puts it in context for members of the group. Every effort should be made to turn members of the group, and to gather intelligence from within. There are indicators that the French military may already have done so. Anyone who has used drones to hunt terrorists without some means of intelligence to narrow down the field of search knows how unlikely it is that the French simply struck a target of opportunity.  Given Sahraoui’s meticulous abstention from using electronic communication and his proficiency in field craft this intelligence is unlikely to have come from signals interception or a chance sighting. The French military may a means of collecting intelligence from within the organization, but this too is unlikely — groups like ISGS have proven remarkably resistant to Western penetration.

It is probable that the French are getting assistance from Morocco – a country with an remarkably proficient intelligence service, and a history of close cooperation with European governments.  The Moroccan intelligence service has been tracking al-Sahraoui since his early days in the POLISARIO, a North African terrorist organization fighting to eject Morocco from the Western Sahara.  It’s significant that the other leaders of ISGS, to include two others recently killed by the French, shared the same name as al-Sahraoui, meaning that they too come from the same area, and probably too have their roots in the POLISARIO.  This week, a day before the French announcement about al-Sahraoui’s death, two Moroccan truck drivers were murdered in Mali, their bodies dumped by the side of the road, their trucks left untouched.  This could merely be a coincidence – but the hit has the hallmarks of ISGS, and it appears likely that it was conducted in revenge for Moroccan assistance to the French in hunting down al-Sahraoui.

Dismantling ISGS will mean going after the source – the area of Western Sahara nominally governed by the POLISARIO with support from the Algerian government. The fetid conditions in the refugee camps of this region have proven to be fertile breeding grounds for militants who begin their apprenticeship with the POLISARIO before heading south to deliver Jihad to the Sahel.   The point here is that a regional approach will entail enlisting not just the continued support of the Moroccans but also pressuring the Algerian government which has actively supported the POLISARIO and done little to prevent the export of extremism from this area under its control.

· Negotiate with other (Less) Extremist Groups

In counter-insurgency few rules are inviolable, and while “don’t negotiate with terrorists” is an authoritative slogan, it falls apart – as do so many other Western concepts – in dealing with the peculiar human dynamics of the Western Sahel.  Just this week, the Sahel branch of al-Qaeda in the Islamic Maghreb (AQIM) announced that it harbors no intent to attack the French homeland. This may seem extraordinary but the group, which calls itself Jammat Nusrat al-Islam wal Muslimin (JNIM) is woven into the fabric of tribal life in the region and has a tradition of inclusive jihadism. Western sensibilities about dealing with people who have blood on their hands, make little sense in a culture that regards negotiation as a necessary complement to relentless violence as a means of achieving goals.  Now would be the time for France to induce the Tri-border governments to come to a negotiated solution with JNIM and perhaps even collaborate in dismantling ISGS. War makes for strange bedfellows.

· Implement a Campaign based on Political, Economic and Land Reform.

Why aren’t the combined military capabilities of the United States and France enough to put a stop to Sahel conflict? The cause is common to most, if not all, Jihadi led insurgencies.  It owes more to the remorseless effects of climate change, poverty and inept governance than to any natural predilection among the local population for extremism.  Until foreign intervention involves more than military action, but instead a coherent campaign to close the gap between government and the needs of the rural population, militancy will continue to flourish. France and the United States should help the Tri-border governments launch such a campaign – focusing not just on economic aid to rural areas but sustainable reforms like land sharing and job creation.  Given an improving security situation, NGOs will be able to operate more freely – thus having an exponentially positive effect. Meanwhile, both Western Nations should tie economic and military insistence to incentives for political reform.  Autocratic or corrupt governments are incubators of extremism.

Anticipating the departure of French troops, the Mali government has recently turned to the Russian private military company, the Wagner Group, to fill the void.  The implications of injecting thousands of Russian mercenaries into the conflict are – to say the least – concerning.  France has a narrow window in which to take effective action to prevent this from happening.  The conflict in Western Sahel has dragged on now for almost two decades, and the death of al Sahraoui offers an unprecedented opportunity to guide it to an end.  This could be a watershed moment for the forces of stability in the region — or the beginning of another dark chapter in the war – worse by far than those that have preceded it.

Previous Article
Survivors of US drone strike: Sorry ‘is not enough’
Next Article
Andrew Milburn on Terrorism in Africa