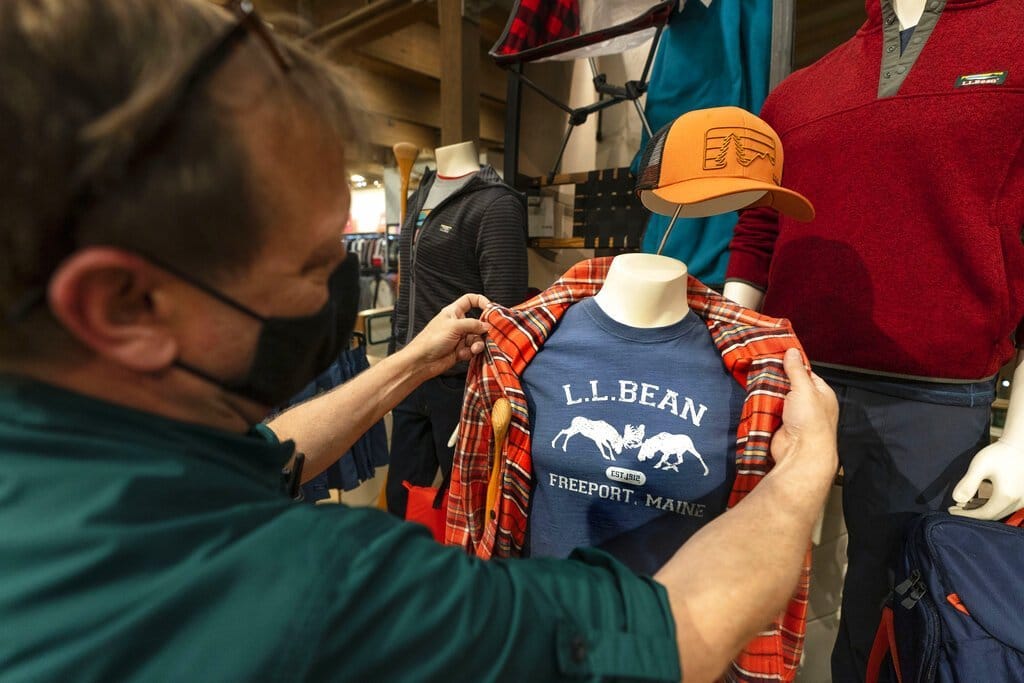 FREEPORT, Maine (AP) — With Americans hunkering down and hankering to get outdoors during the pandemic, L.L. Bean recorded its best annual sales growth in nearly a decade, the company said Friday.

The Freeport-based retailer started its fiscal year with store closings and worries about survival but the company weathered the turbulent times with revenue growth of 5%, the best showing since 2011.

L.L. Bean was positioned to meet consumer demand for both comfy items for people working from home and outdoor gear as more people ventured outdoors to ensure social distancing and other pandemic-related protocols.

“What my great-grandfather knew more than a hundred years ago was that spending time outside is really important, and that took on more importance this year,” said Shawn Gorman, chairman and great-grandson of the company’s founder, Leon Leonwood Bean.

The company’s 4,600 full- and part-time workers reaped some of the benefit from the net revenue of $1.59 billion. The family-owned company’s board on Friday awarded a cash bonus of 10% of workers’ salary and an additional 401(k) contribution equal to 8% of salary, said CEO Steve Smith. All told, the company gave back $72 million to workers, he said.

Smith praised the workers who endured the crazy year.

“They were resilient, resourceful, innovative. We took care of them from a safety perspective, and they took care of our customers,” he said.

L.L. Bean benefited from two of the hottest retail segments during the pandemic — comfort items like slippers, pajamas and loungewear, along with outdoor gear like hiking boots, fishing gear and canoes, both of which were “right in line with the consumer psyche,” Smith said. All told, the company picked up 1 million new customers during the pandemic, he said.

“L.L. Bean probably had the best of both worlds because it targets both of those segments,” said Neil Saunders, analyst at New York-based GlobalData Retail. Other beneficiaries included retailers like Dick’s Sporting Goods and Lululemon, he said.

For L.L. Bean, it was quite a transformation for a company that previously pared its product line, reduced its workforce and tightened its generous return policy against a backdrop of flat sales for five consecutive years.

During the pandemic, L.L. Bean closed all of its stores for 100 days but online and catalog sales remained strong. The company saw a glimmer of hope in May and June when bikes, canoes, kayaks, outdoor furniture and hammocks were flying out of the warehouse.

The company also saw solid growth from its market in Canada and wholesale arrangements with Zappos, Nordstrom, Staples and SCHEELS, Smith said.

To help during the pandemic, the company also manufactured 350,000 face masks, assembled 500,000 face shields, provided personal protective equipment to election workers, and packed more than a million pounds of food for a food bank, the company said.

Looking ahead, the company is continuing to see strong sales this spring. And company officials say they think the change in buying habits may be permanent.

“People’s habits have been reshaped,” Gorman said. “It’s that realization that time outside has that restorative power that’s so necessary in this time of high anxiety and high stress.”