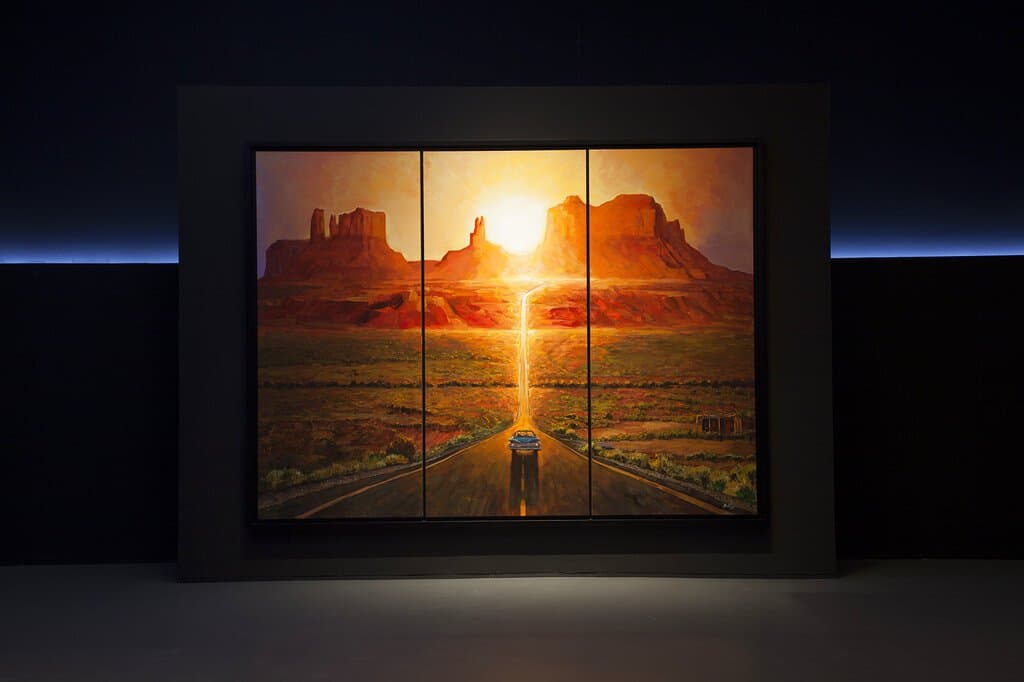 Not only a musical artist, Bob Dylan is also an artist of paintings, drawings and sculptures. A large collection of his work will go on display in Miami in November, with possibly more stops added later. The Associated Press has the story:

Musician Bob Dylan also creates art, which will be showcased in Miami this year

(AP) The largest collection of Bob Dylan’s artwork ever seen will go on display later this year in the U.S.

Building on the original “Retrospectrum” exhibition that premiered in Shanghai, China, in 2019, the new version will include new, never-before-seen pieces and additional artworks from a brand-new series called “American Pastoral.”

Much of Dylan’s work reflects his constant travels through the United States and a deep affinity for the American scene. This new series is no exception.

One addition — “One Too Many” from 2020 — features a man slumped over a smoky bar counter at the end of a night, and another “Subway Cityscape,” also from 2020, showcase’s Dylan’s love of industrial urban city scenes.

The veteran singer and Nobel laureate who turns 80 this month has seen a growing appreciation for his art since his debut exhibition, “The Drawn Blank Series,” was unveiled in Germany in 2007. His work has been shown in the National Portrait Gallery in London, the National Gallery of Denmark, the Palazzo Reale in Milan and the Shanghai exhibition at the Modern Art Museum, which was the most visited exhibition in the city in 2019.

Alongside the journey through Dylan’s artistic landscape, the new exhibition will include curated immersive and interactive displays of his music and literary works adding context of this multi-faceted talent and his impact on popular culture spanning over half a century.